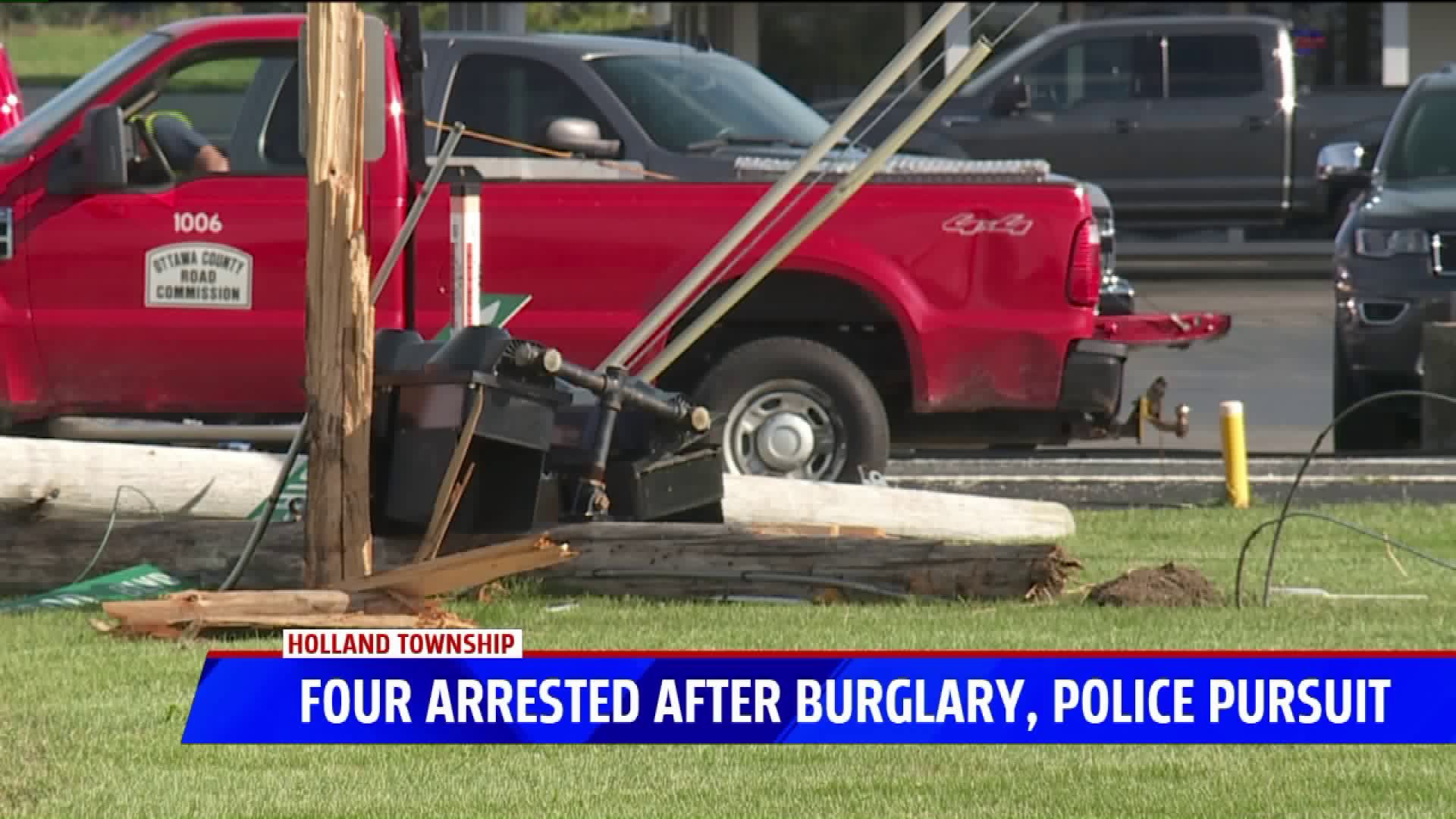 HOLLAND TOWNSHIP, Mich. — Four people have been arrested after two short chases and one eventual crash in Holland Township.

The Ottawa County Sheriff's department says that around 8 a.m., deputies located a stolen vehicle. The driver of that vehicle fled from police and crashed into a power pole at 112th Avenue and Lakewood Boulevard.

Two people were caught immediately after the crash.

A third suspect was found at the Zeeland Cemetery after stealing an off-duty officer's car. The unidentified female was able to jump in the deputy's unmarked car while he was in the middle of arresting one of the two caught at the scene.

Deputies captured the fourth suspect shortly after he fled the crash site. He was reportedly found about a mile away in Paw Paw Park.

All four are also being tied to a cell phone store robbery that happened before 8 a.m. The break-in occurred at a Sprint store on Douglas Avenue in Holland Township. Multiple cell phones were recovered leading investigators to believe that these two crimes are linked.

All four suspects are teenagers that have Grand Rapids addresses. Ottawa County is now working with the Kent County Sheriff's Office and Grand Rapids police to see if they could be linked to other recent cell phone store break-ins.

The chase and investigation prompted schools in the area to take precautionary action. They were soon able to resume normal daily activities once all four individuals were caught. There was never an immediate threat to any school at any time.