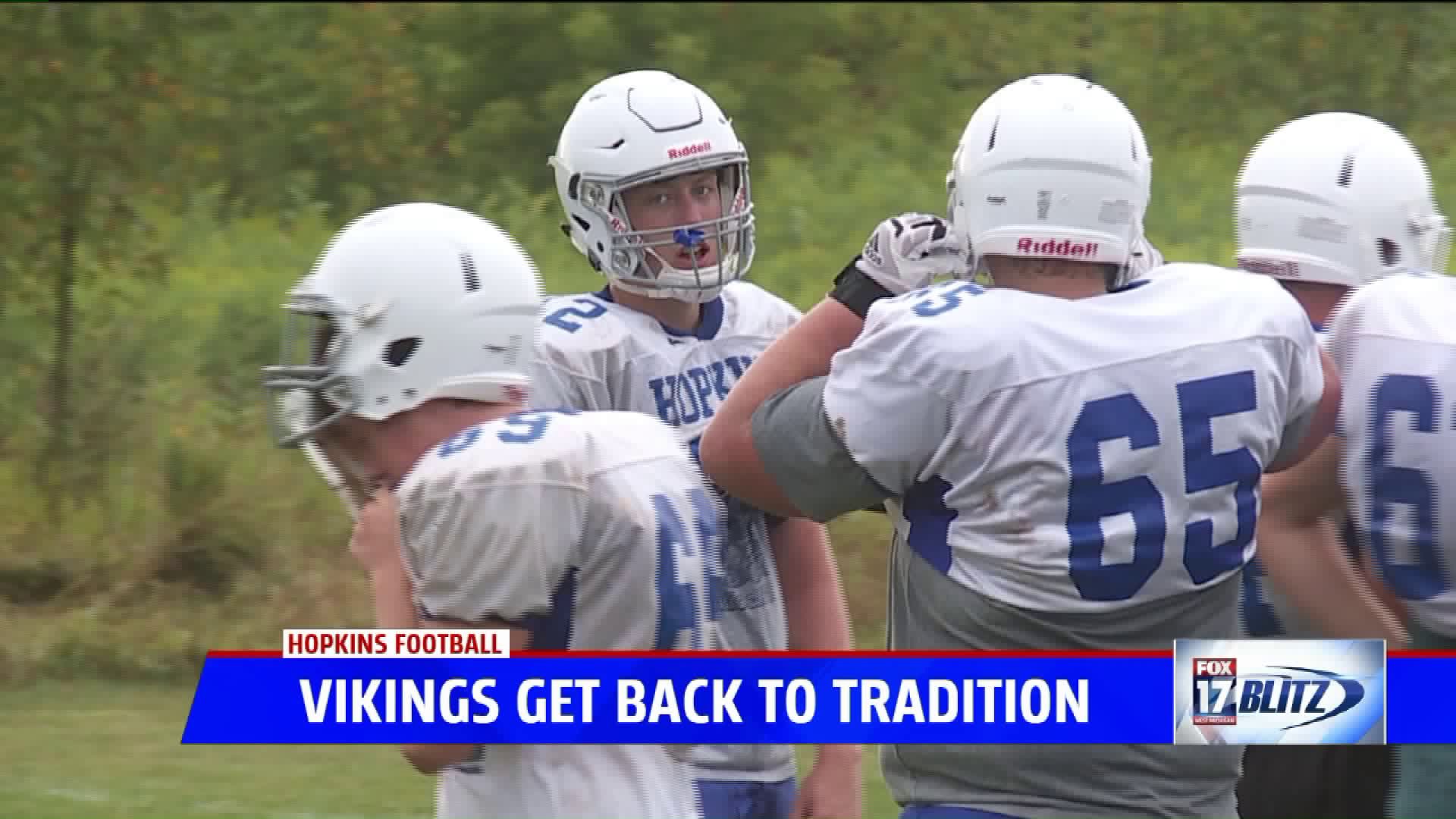 HOPKINS TOWNSHIP, Mich. — Hopkins is coming into the 2019 season off its first league title in five years with hopes of keeping its program at that level.

The Vikings return a decent number of players from last year’s team, primarily on the offensive line where four players saw a lot of playing time.

Hopkins will have a new quarterback, as Trevor Smith will transition from being on the line to behind center and replace his brother Nolan, who graduated last year.

Head coach Cody Francis is planning to lean heavily on junior Colin Weber, who will play running back and receiver on offense and linebacker on defense.

“They know what's been expected and the change we've been trying to create in the past few years,” Francis said. "Hopkins has always had a strong tradition, and we're just trying to get back to that level, competing every year for the OK Silver title and getting back to the playoffs."

Weber is used to the expectations of the program. “There's definitely a high standard. All of the coaches will hold us to that high standard, too. It's the same every year, really: play hardnosed football and play fast,” he said.

Gilder hopes to continue the positive momentum from last season.

“It felt good to give back to the community. They expect a lot from us, so it felt good to give them a winning season again," Gilder said. “You can't base this year off of last year, but if we go to the playoffs and make a deep run, I'd consider that a successful season."