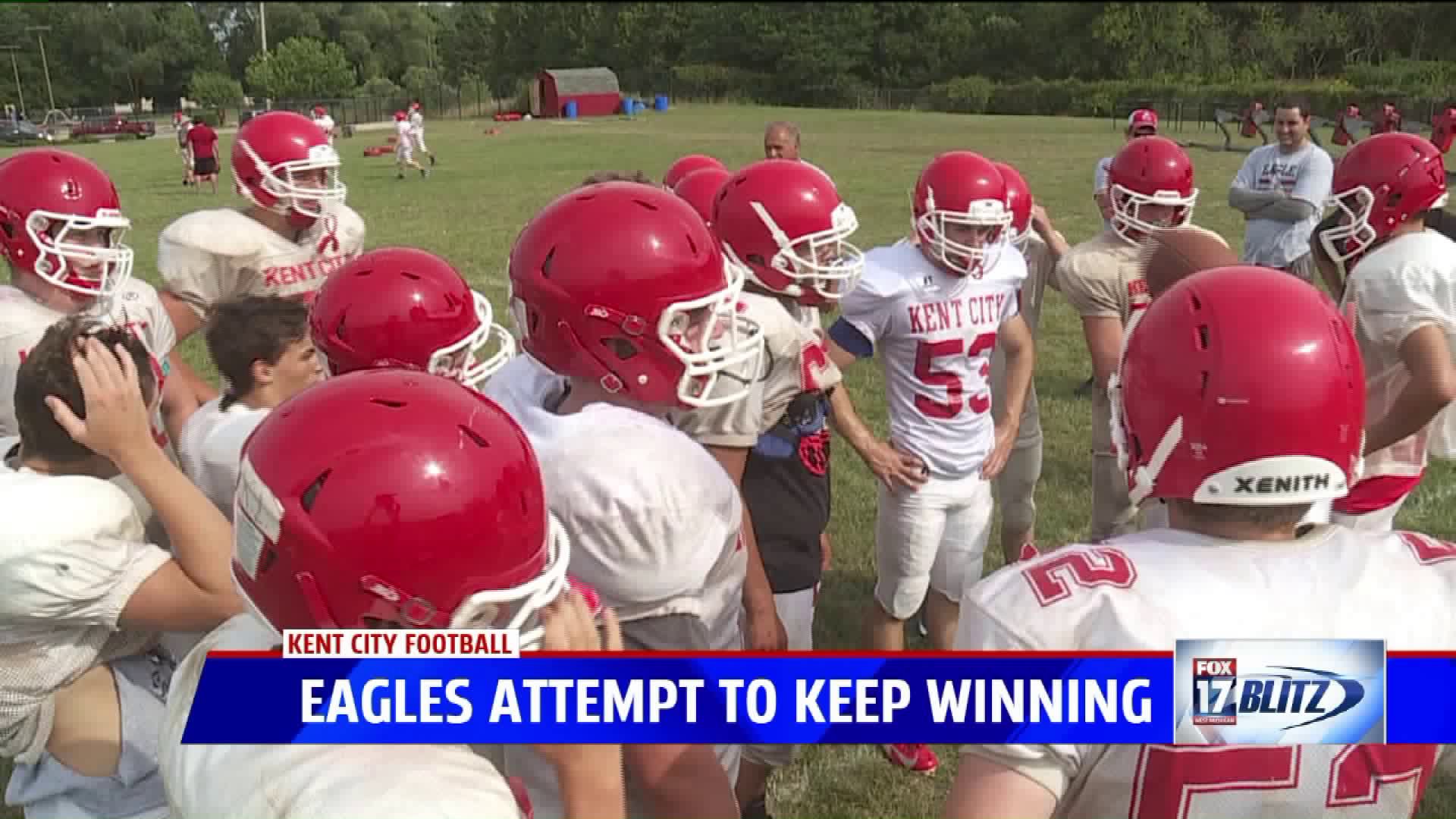 Kent City feels like the standard has been set in the program all the way down through the middle school and that will show this fall.

"Now we understand the way practice is supposed to go and what we are supposed to do and the effort we are supposed to give," fifth-year head coach Bill Crane said. "I think a lot of it really translates back to what we were doing in the summer. And now that we have seen that success and what it takes, we have kids that are seeing what they have to put in outside of the season and what commitment and effort we have to see all year round, just not during the season of football."

Seniors Dolan Bair and Max Hudson are both expected to get carries in the effort to replace Weeks production. The players don't expect much to change.

"I think the expectations are obviously the conference," senior running back and linebacker Max Hudson said. "We won it three years straight and a playoff appearance, and I think it's great, and I think it just pushes us more to try to be better than the team before us and show that we are different in some way."