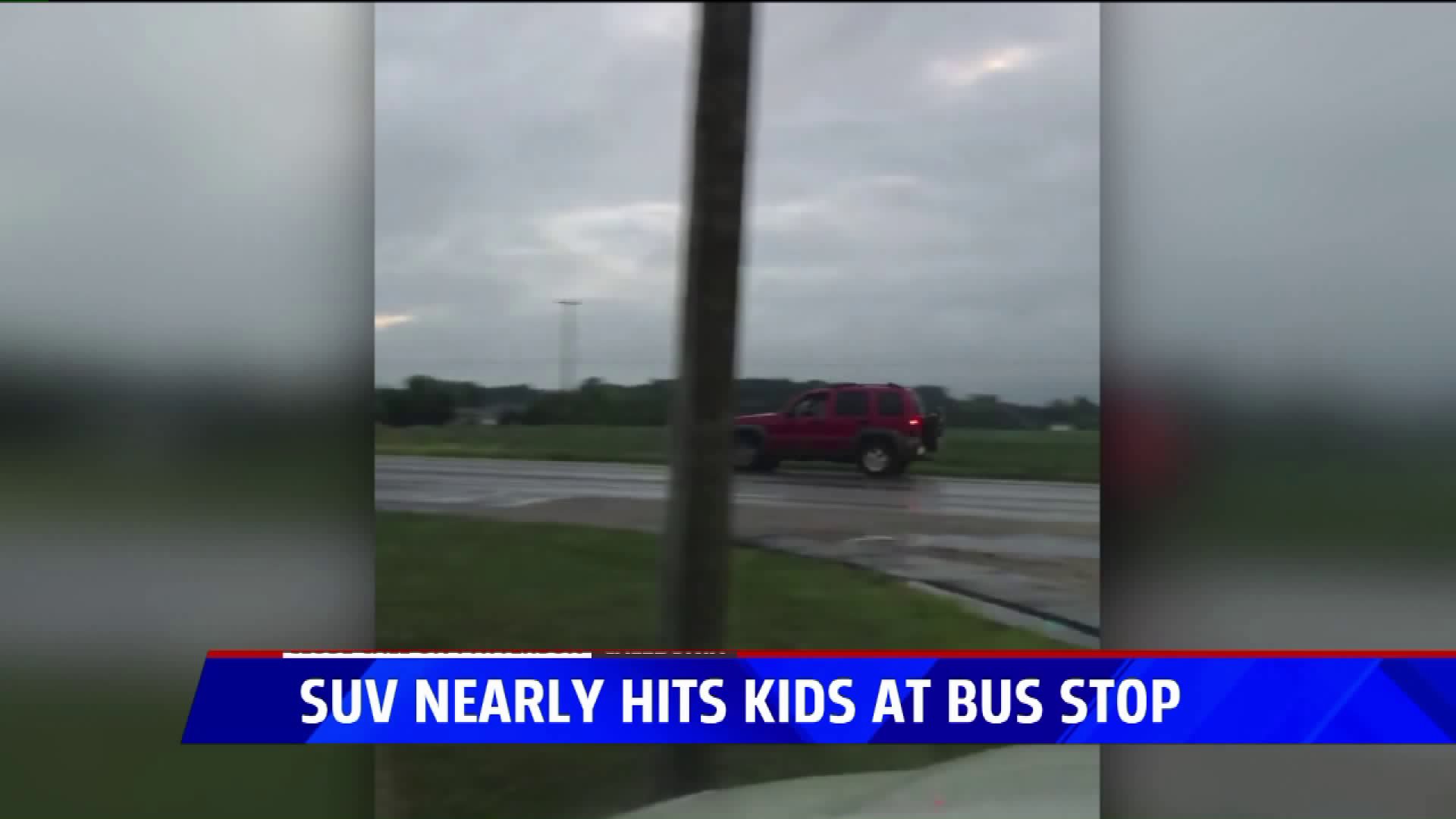 CALEDONIA, Mich. — A Caledonia mother is warning drivers to watch for school buses and protect students throughout West Michigan.

On Tuesday, Stacie Sharp recorded video of a driver disregarding the bus driver as students were preparing to load. It happened off Patterson Avenue in Caledonia.

"All of a sudden as I'm getting my kid out of their car door, I hear him laying on the horn," said Sharp. "I look up, and I see this woman in an SUV, a maroon SUV screech to a halt."

Once stopped, Sharp says the bus driver instructed the woman to remain stopped until all the children were on the bus. That's when Sharp pulled out her phone to begin recording.

As two children were going to cross Patterson Avenue, Sharp says she saw the driver begin to move forward before the students were able to board.

"(The bus driver) told her to wait, specifically wait until the kids are loaded," said Sharp. "She didn't care, and she kept going."

Sharp posted the video to social media to remind others to be mindful of children during the school year.

"It takes a split second for you to not only ruin your own life, but to ruin other people's lives. That 20 seconds that you could have just sat there was not worth risking," said Sharp.

The National Safety Council has posted tips for drivers around buses: