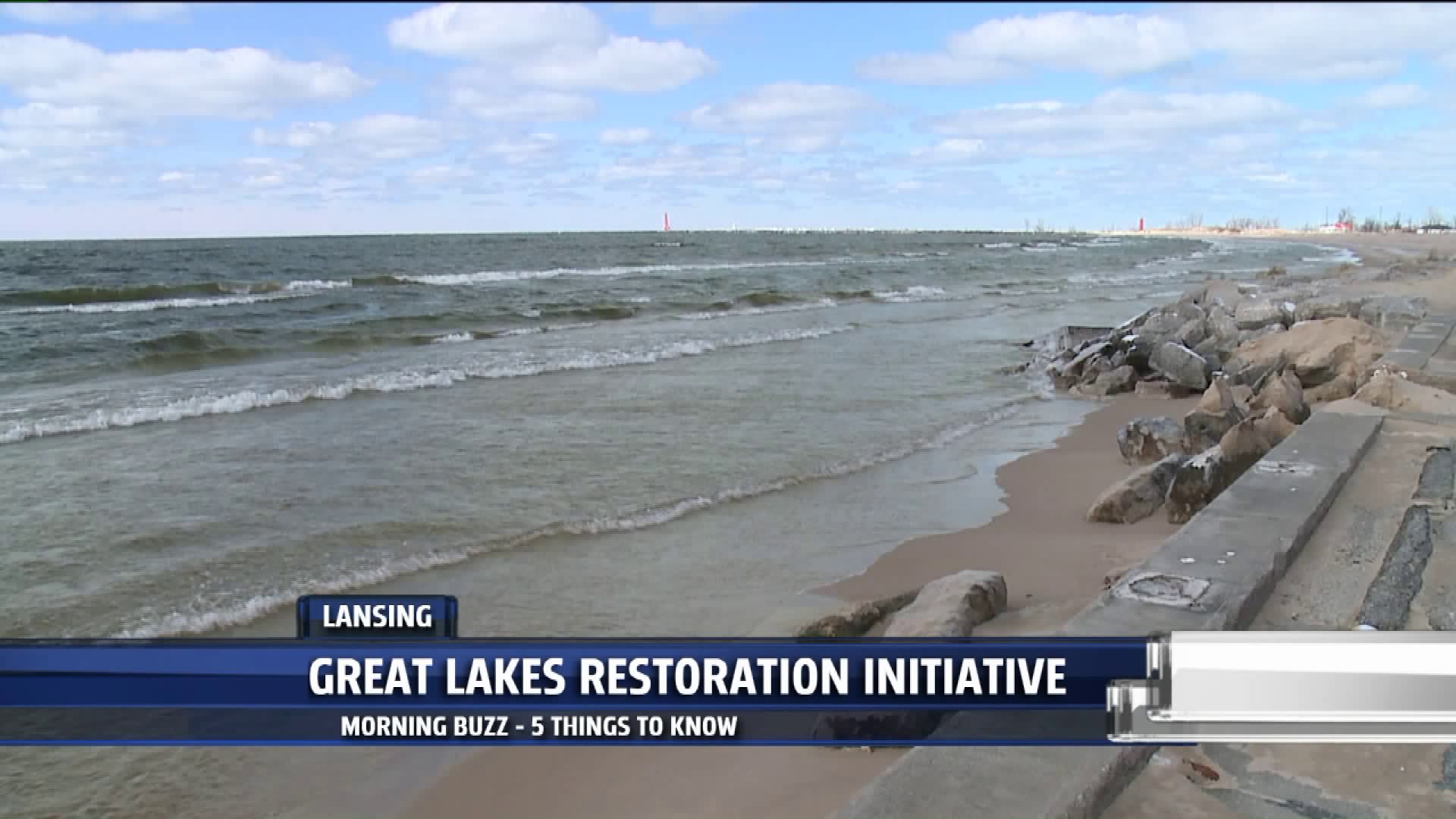 1. Ford Motor Company is predicting a future with fewer cars, more mileage clocked in, and shorter shelf lives. The car company, taking steps towards an autonomous future, predicts self-driving cars will need to be replaced every four years.

A Ford executive says there will be fewer cars on the road, and private ownership will go down because the self-driving cars will take people where they need to go. But cars will be cheaper, more efficient, and used more often, making it necessary to replace them every four years.

2. Michigan's senators introduced bipartisan legislation to protect the Great Lakes for years to come. Democrats Debbie Stabenow and Gary Peters rolled out a bill that would renew and expand on the Great Lakes Restoration Initiative.

The bill would fund the program through 2026, and increase spending by another $175 million.

The initiative is focused on tackling some of the Great Lakes' biggest problems, from environmental issues to habitat loss and invasive species.

3. According to the Farmer's Almanac, West Michigan should expect colder than average temperatures this year.

Experts also predict there will be above-normal winter precipitation as well.

The Northeast, Great Plains, Midwest, and the Great Lakes are expected to be most heavily impacted by both the cold and the snow.

The Almanac says the coldest part of winter should hit towards the end of January and last through the first part of February.

4. Starting today, Pumpkin Spice Latte fans can get a taste of fall.

Starbucks is putting the classic pumpkin drink back on the menu, but they're also adding a new drink- the Pumpkin Cream Cold Brew. It'scold brew and vanilla, topped with pumpkin cream cold foam and a dusting of pumpkin spice.

5. Calling all Dairy Queen fans, get ready to fill the house with the smell of dessert. The ice cream chain debuting a new collection of scented candles.

It's not all good news though. The company says the limited-edition candles are already sold out, but customers can still get a taste of fall with a frozen treat.

The five seasonal Blizzards are now available in stores nationwide.