Newaygo looking to make the next step this fall 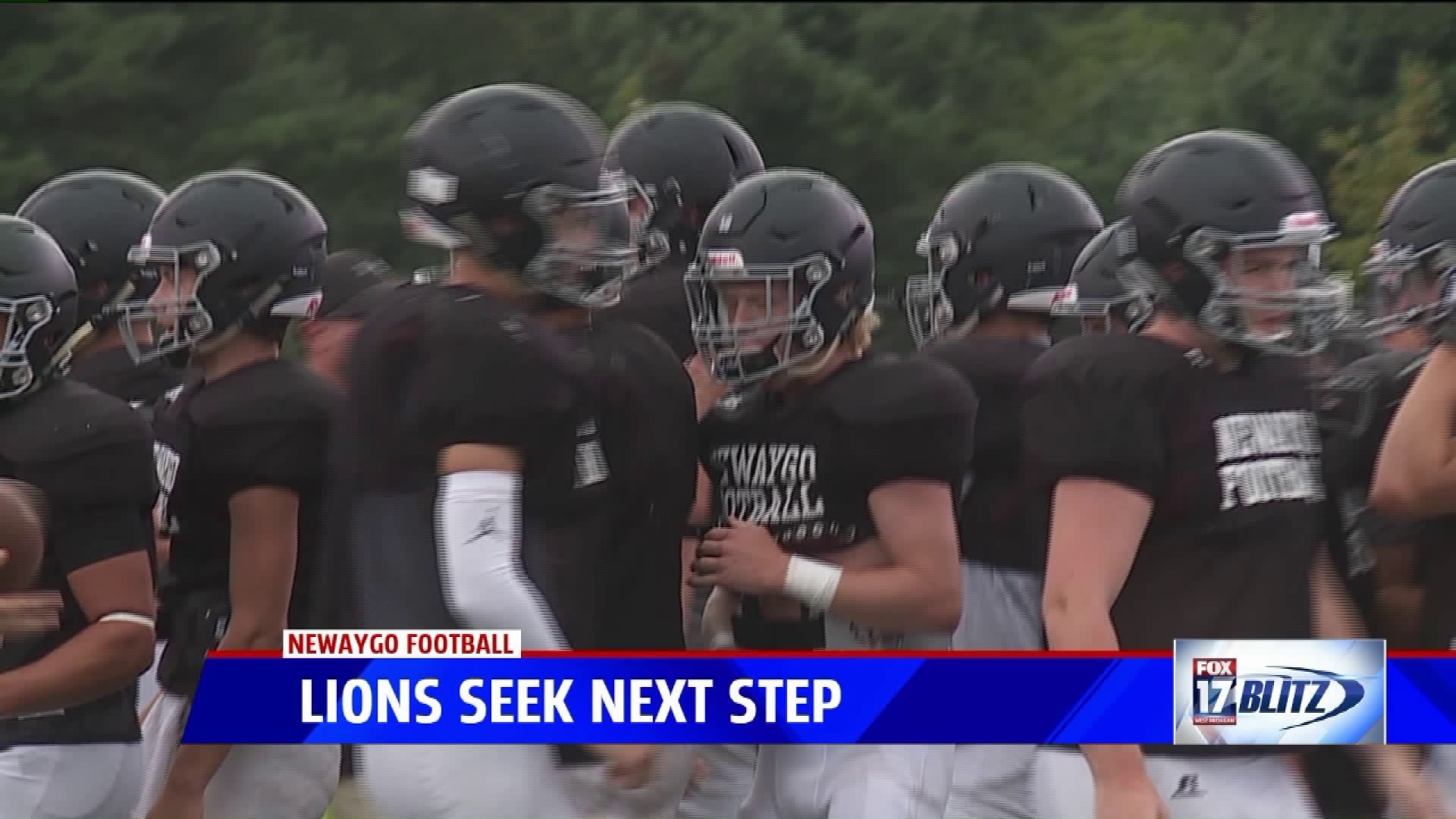 The Lions have won 14 games the last two years

NEWAYGO, Mich. -- Newaygo has made the playoffs in each of head coach Scott Van Essen's first two seasons as the Lions head coach.

This fall, Newaygo would like to make another step that includes making a run at a Central States Gold title.

"It's winning a conference championship; that is the biggest step right now," Van Essen, who is 14-7 at Newaygo, said. "You got to look at Reed City, you got to look at Chip (Chippewa Hills), those are two people that have been thorns. But also Tri County is getting better, Grant is better. We have our work cut out, obviously. You have to start with Week One against Kent City and try to get better."

The Lions have experience on the offensive and defensive lines but must replace playmaking quarterback Connor Swinehart.

"I feel like we are going to be great," senior running back, slot receiver and safety David Gonzalez said. "Better than last year, that is what we are always trying to be. But pretty much we are going to try to go further, try to go to state champs."

Newaygo is at Kent City Friday night to start the season.