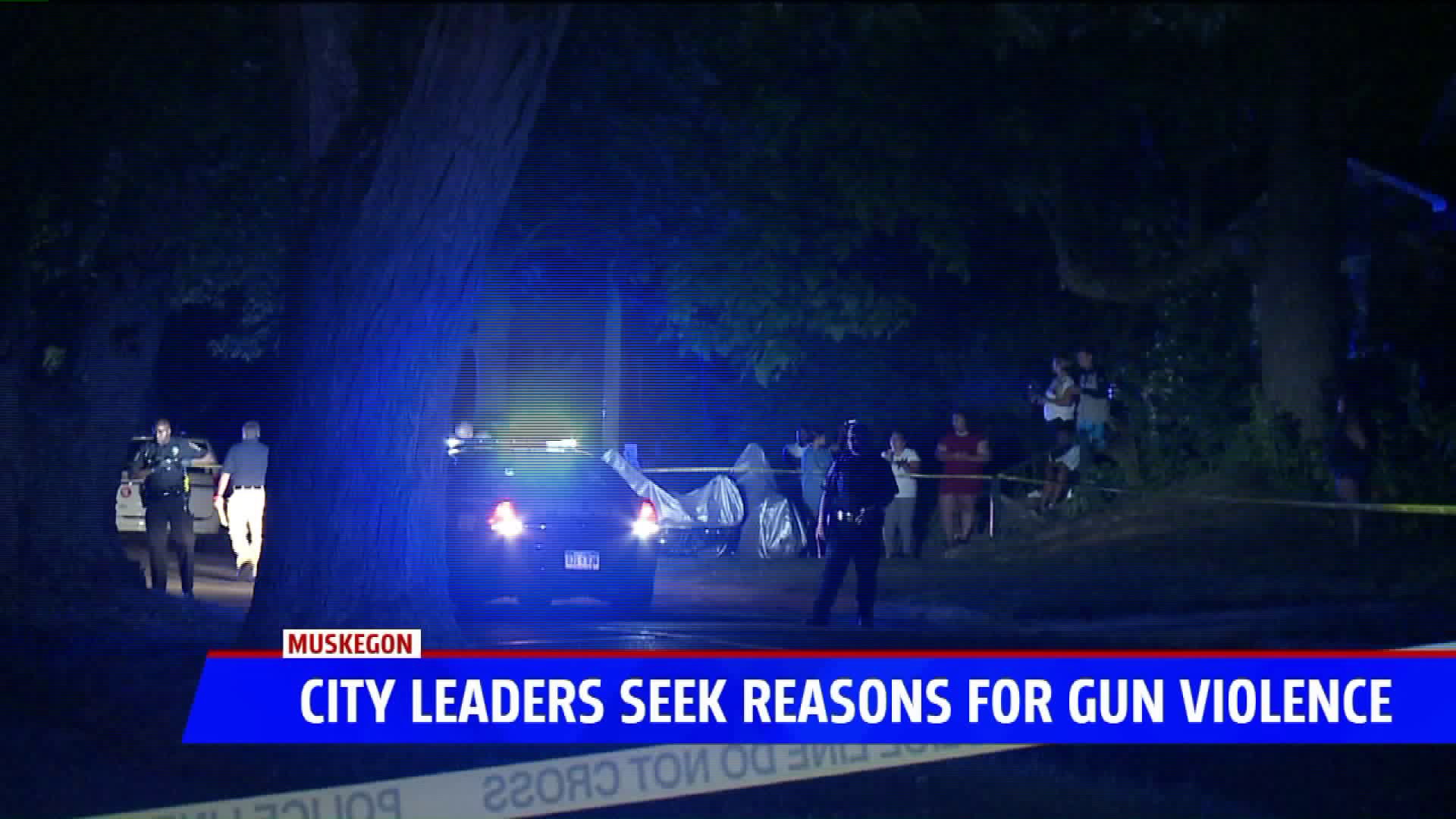 MUSKEGON, Mich. — Muskegon leaders are asking for the community's help to stop the violence after two teens were killed in less than two weeks.

The mayor and the public safety director attribute several things to a jump in gun violence in the city from too many guns on the street to officer shortages. But what investigators seek most is cooperation.

"An individual lost his life. I should have people lined up at the door telling me what happened," said Public Safety Director Jeffrey Lewis.

Sixteen-year-old Zamarian Cooper was shot and killed in Muskegon on Aug. 17 while walking home from a party. A little more than a week later, Mervin Bonner was also killed walking down the street just blocks from his high school.

What led to their deaths is still a mystery.

It's one of the big problems the police department continues to face: community members not coming forward with information to solve crimes.

But Mayor Stephen Gawron says the problems start before the crimes even happen.

"I don't know specifically what we as a city organization are missing, but as a community obviously there's gaps. So that's going to take an effort from the kitchen table to the corporate board room in figuring out how do we address this within the community," Gawron said.

Gawron says fighting gun violence is a community effort and it starts with talking.

That’s why the city leaders recently held a gun violence town hall. Gawron wasn’t in attendance, but says those efforts are important.

"Town halls are good, it gets us in the same room, it lets us meet each other. But it can't be a one-off exercise, we have to continue to meet and get our juices flowing, as far as our hearts and souls and our ideas as to what do we do more," he said.

With 80 officers to patrol the city 24/7, Lewis says his officers can’t be everywhere at once and not only is hiring additional officers difficult, he says that alone won’t solve the problem.

"Throwing more officers at this, I’m not going to sit here and tell you that's going to fix it, it's not. There's other more dynamic pieces of this puzzle that have to come together then we will start moving forward," Lewis said.

One of those pieces is community programs.

The night Cooper was killed, one of those programs was closed.

"As the summer rec program was ending within a couple of days this happened, they have no program that night, they usually run six days a week and it just shows you how important programming is, and we're doing it," Lewis said.

Both the mayor and Lewis say the effort is there, but the community has to meet them halfway to save more young lives.

"So it's not something we're just sitting back and watching, we're on this because we know how important this is, we see the gains and this is a setback, and why is it a setback? Because anytime you lose a youth in your community it's horrific and that's why I want the community to come forth," Lewis said.