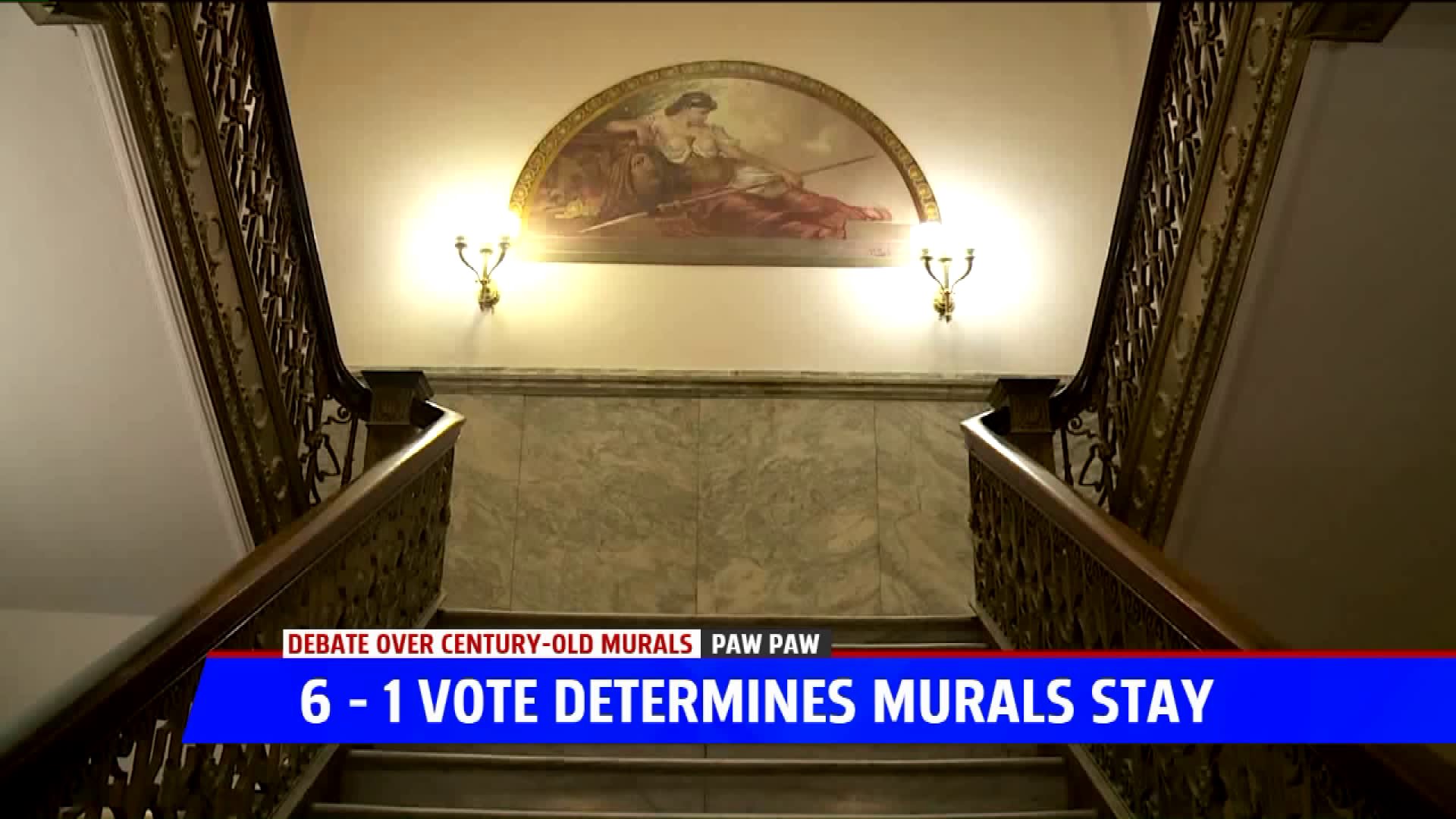 Some judges at the courthouse requested the murals be removed because they show nudity. They said the murals send the wrong message, show bias and aren't welcoming, especially for women. County records show the murals were painted in 1908.

Judge Kathleen Brickley was among the people who wanted to see the murals go because of the impact they could have on victims of sexual assault.

“If you don’t live in the courthouse every day to see the horrific trauma that these victims endure and the strength that it takes them to come into court and to testify against their perpetrator and how difficult it is to see a beheading and a spearing and people naked on bended knee begging for their lives — those are all triggers of trauma,” Brickley said.