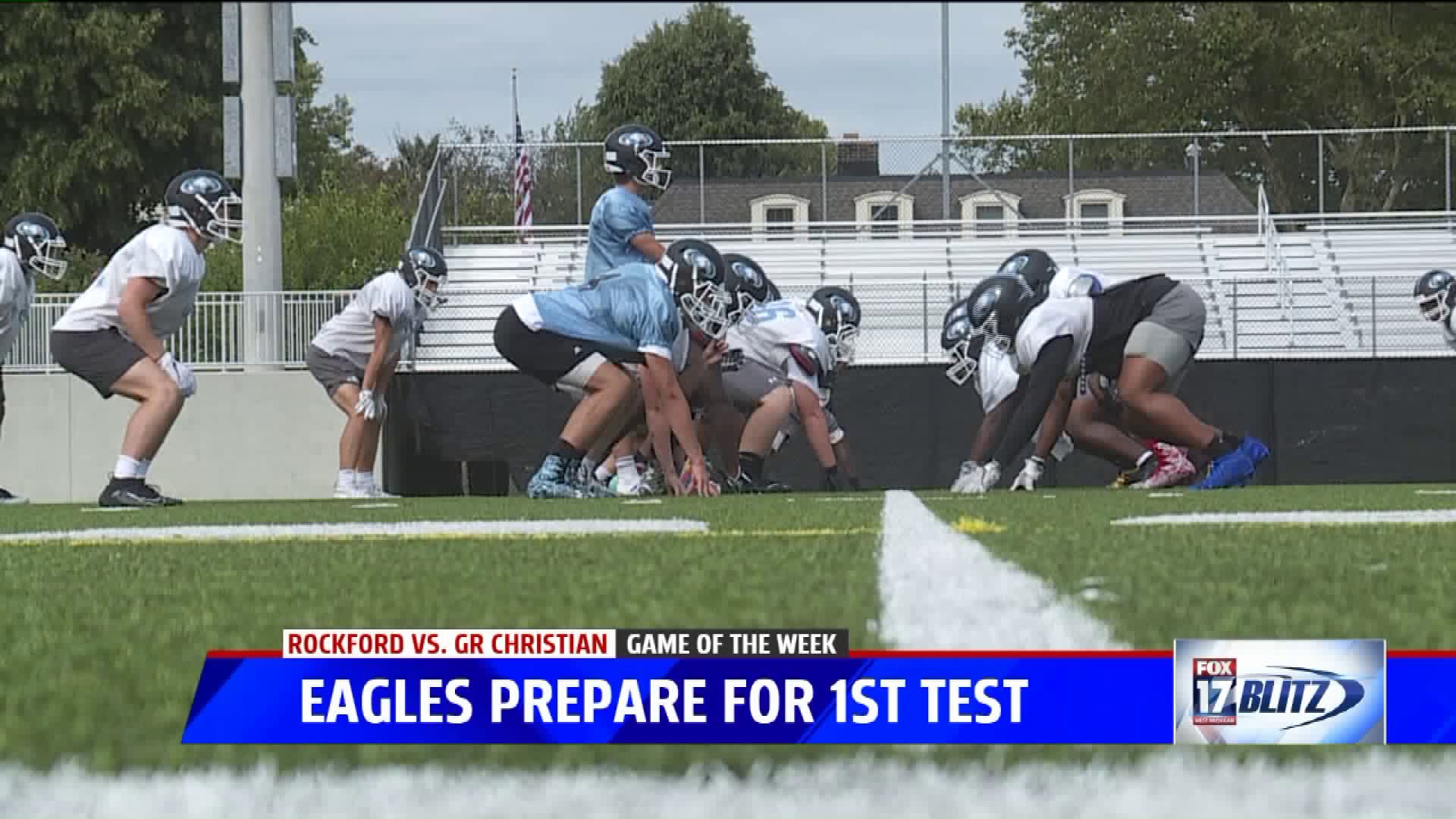 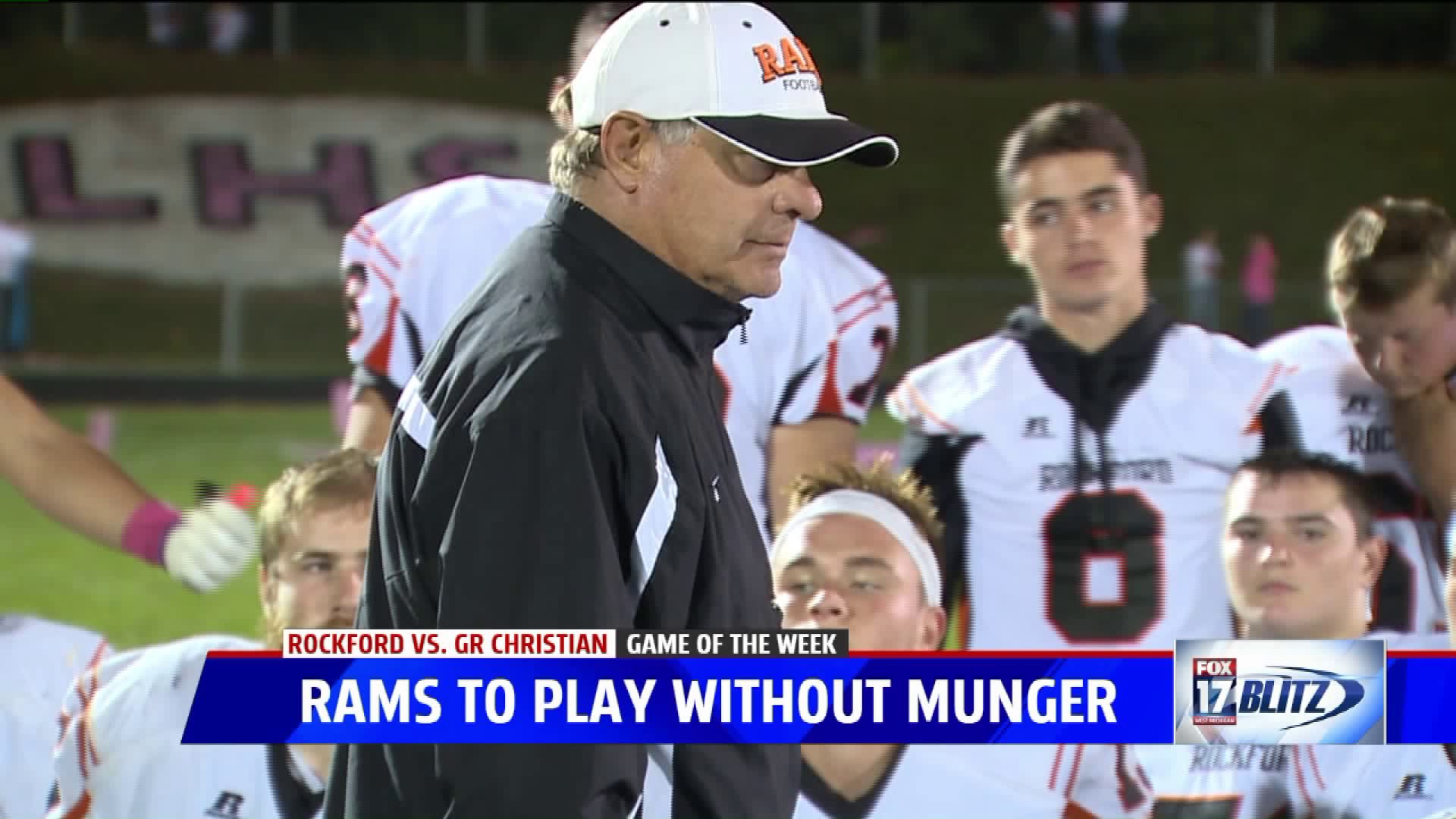 GAME OF THE WEEK: ROCKFORD AT GRAND RAPIDS CHRISTIAN

Rockford is under the direction of defensive coordinator Randy VanderVeen as head coach Ralph Munger recovers from heart surgery.

“Without Coach Munger’s presence here it’s different,” senior running back Jaiden Friesen said. “We know at the end of the day we have a job to get done and a game to play, he’s (VanderVeen) doing a great job and we love it.”

VanderVeen said about Munger's recovery, "he's way ahead of schedule, he's doing incredibly well, we're very blessed and fortunate that things have worked out for him the way they have."

Grand Rapids Christian comes into this game with a very talented and experienced team after playing a lot of young guys on last season's nine-win team.

The week one match up features a contrast of styles

"It's two separate ways of looking at football," Eagles head coach Don Fellows said. "We're more no huddle, try to play fast, spread you out a bit, they're more downhill, play physical, so it's a clash of two opposite philosophies."

The game also provides each school with a chance to see what they have.

"As soon as our coach texted us that we were playing Rockford week one, we were as excited as ever," senior linebacker Nick Christians said. "We were ready for a showcase game, coming out here week one, it's going to be the game of the week and we're just ready to show what we've got."

This is also a first ever meeting, despite the fact the each school has been in the division three playoffs the last three seasons.

The visiting Dux are led by junior quarterback Carson Gulker and senior running back Chase Peddie.

The Pioneers will lean on senior running back John Shelton and senior wide receiver and defensive back Robbie Stuursma.

The Blitz airs Thursday night after the Lions game at 10:30 p.m. with an hour of highlights, reaction and analysis.