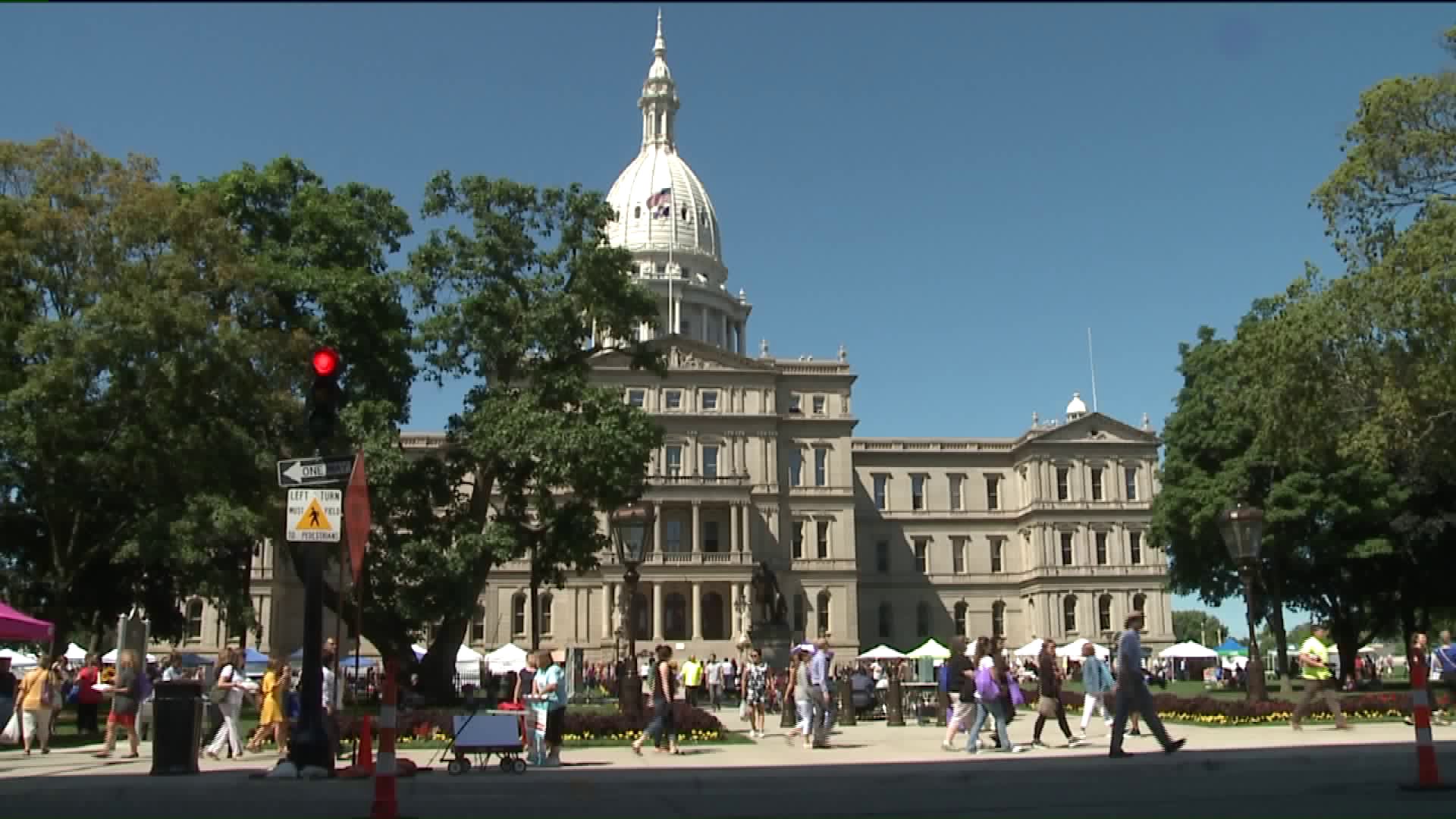 LANSING, Mich. — With 33 days left to pass a budget, Gov. Gretchen Whitmer and Republican leaders in the state legislature appear no closer to reaching a deal, avoiding a government shutdown.

On Tuesday afternoon, Whitmer announced she would be holding a press conference on Wednesday morning at 10 a.m. to give an update on the budget.

At the press conference, Whitmer said Republicans are not presenting her with acceptable plans for road funding.

Whitmer is calling for a 45-cent gas tax increase, which would generate the $2.5 billion she and others say is needed to fix the state's roads. She said she challenges Republicans to come up with a better way to generate that kind of revenue.

“I don’t want to pay a gas tax either," Whitmer said. "But I also don’t want a chunk of concrete to come flying through my daughter’s windshield.”

Whitmer said without immediate action, the expense will rise.

“I know that if we don’t make a meaningful change in the trajectory right now, that it will be $3.5 billion in just three years," Whitmer said. “We have to get this right and we have to get it right right now and it’s time for them to offer up something that is legitimate alternative. Saying ‘no’ is not leadership.”

Shirkey told reporters on Wednesday afternoon he and Chatfield have presented the governor with four plans, all of which he said increase road spending. Whitmer said the amount of money the plans raise is not enough.

"All we’ve gotten from her on those is ‘unacceptable,’ no negotiation, no retort, no offer for changes and so all I can do now is say I’m willing to continue to talk," Shirkey said.

The details of those plans and the negotiations between Whitmer, Shirkey and Chatfield are being kept confidential.

“We made an agreement at the beginning of the summer to not disclose and not to negotiate in the media over our contemplations and negotiations in regards to a proposal for roads," Shirkey said.

Whitmer has been public about criticizing the Republicans for going on August recess without reaching a deal and has repeatedly shot down their proposals she said would divert money from schools into road funding.

“Those are fiscally bad ideas and it’s taking money out of education to fill potholes," Whitmer said. "It’s not a real solution.”

Huizenga, a former state representative, has experienced his fair share of government shutdowns.

"I can tell you in the Granholm administration, that was one of my biggest frustrations as a state legislator was not having this done," Huizenga said. "And we had multiple shutdowns that happened in the beginning of October and it’s massively disruptive, avoidable and not productive.

Whitmer and the legislature also have the option of passing a continuation budget if they cannot reach a deal by the Oct. 1 deadline.

However, Whitmer said that's not something she's ready to approach.

"I think it would be irresponsible for me to say whether or not a continuation budget is something that I would consider," Whitmer said. "If we’ve got real negotiations that are progressing and I think it’s in good faith and we’re really getting to a place where we’ve got the kind of investment we need to fix the infrastructure crisis we have, then you know, that would be a factor."

Shirkey is confident neither a continuation budget nor a government shutdown, which hasn't happened in Michigan since 2009, will happen.

“We will supply a budget to the governor," Shirkey said. "It will have record spending both for education and additional funding for roads, some of which will be ongoing but there will be no reason for a continuation budget conversation. She’ll have a budget in plenty of time.”