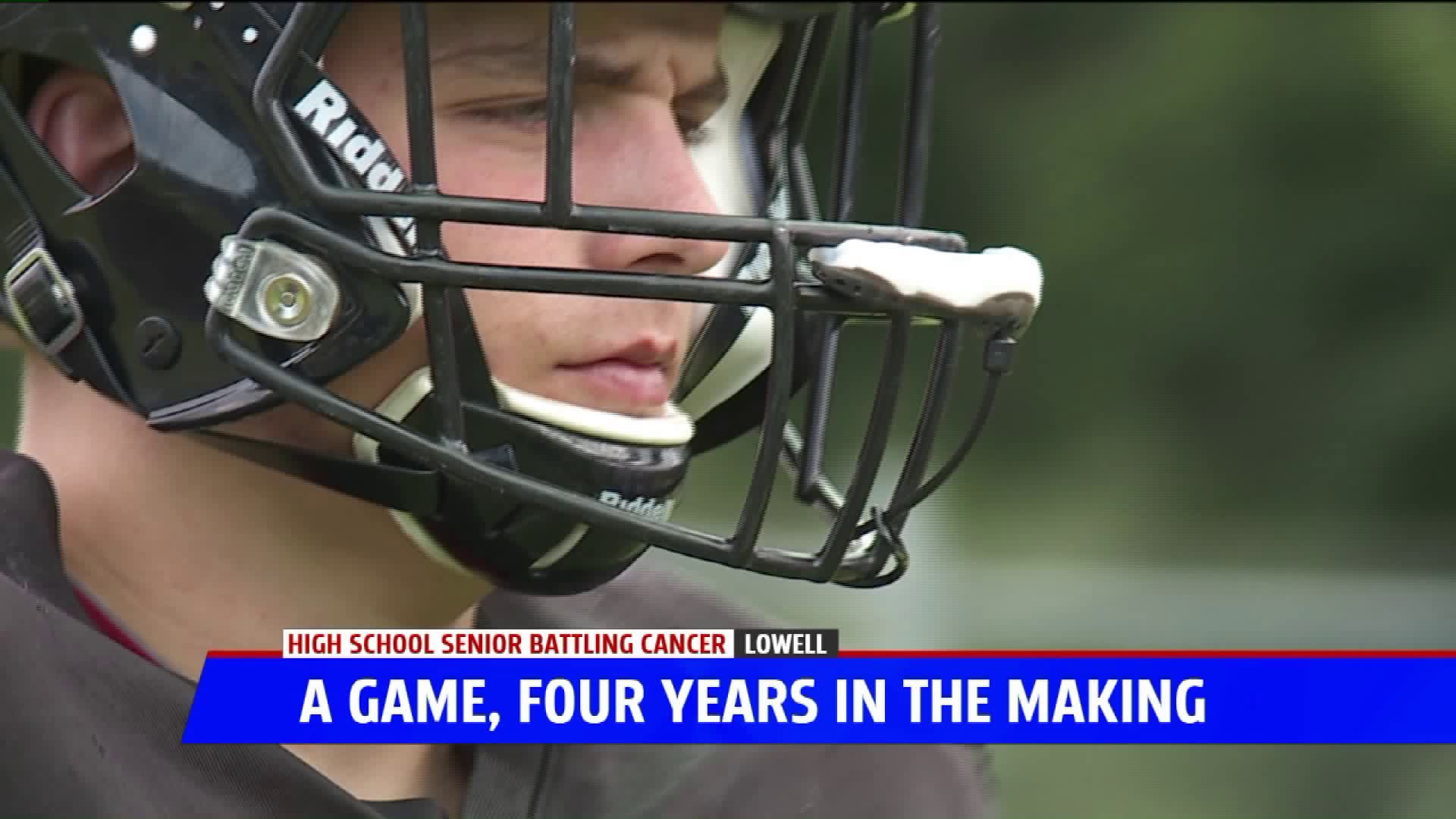 LOWELL, Mich. — High school football is back this week. So is Grant Pratt.

A linebacker for Lowell, Pratt is back playing in full health after battling leukemia for the last four years.

Pratt won that fight. And now he's ready to win some football games.

“It's a little different. All feeling good. Out here, healthy,” Pratt said. "It's exciting to be back where I was a couple years ago."

He was diagnosed in the eighth grade, just after his football season. His coach, Jacob Henige, says it was nearly impossible to keep him away from practice.

“I still remember one of his first chemo treatments in the summer. He was down here running 100-yard sprints," Henige said. "You know, he’s throwing up. You’d try to tell him to stop, and he just keeps going."

He got his doctor's permission and never stopped playing through chemotherapy treatments.

Pratt says doing what he loved helped him deal with the recovery.

“You gotta have something, right? Between school and athletics, it kind of helped me get through it,”  Pratt said.