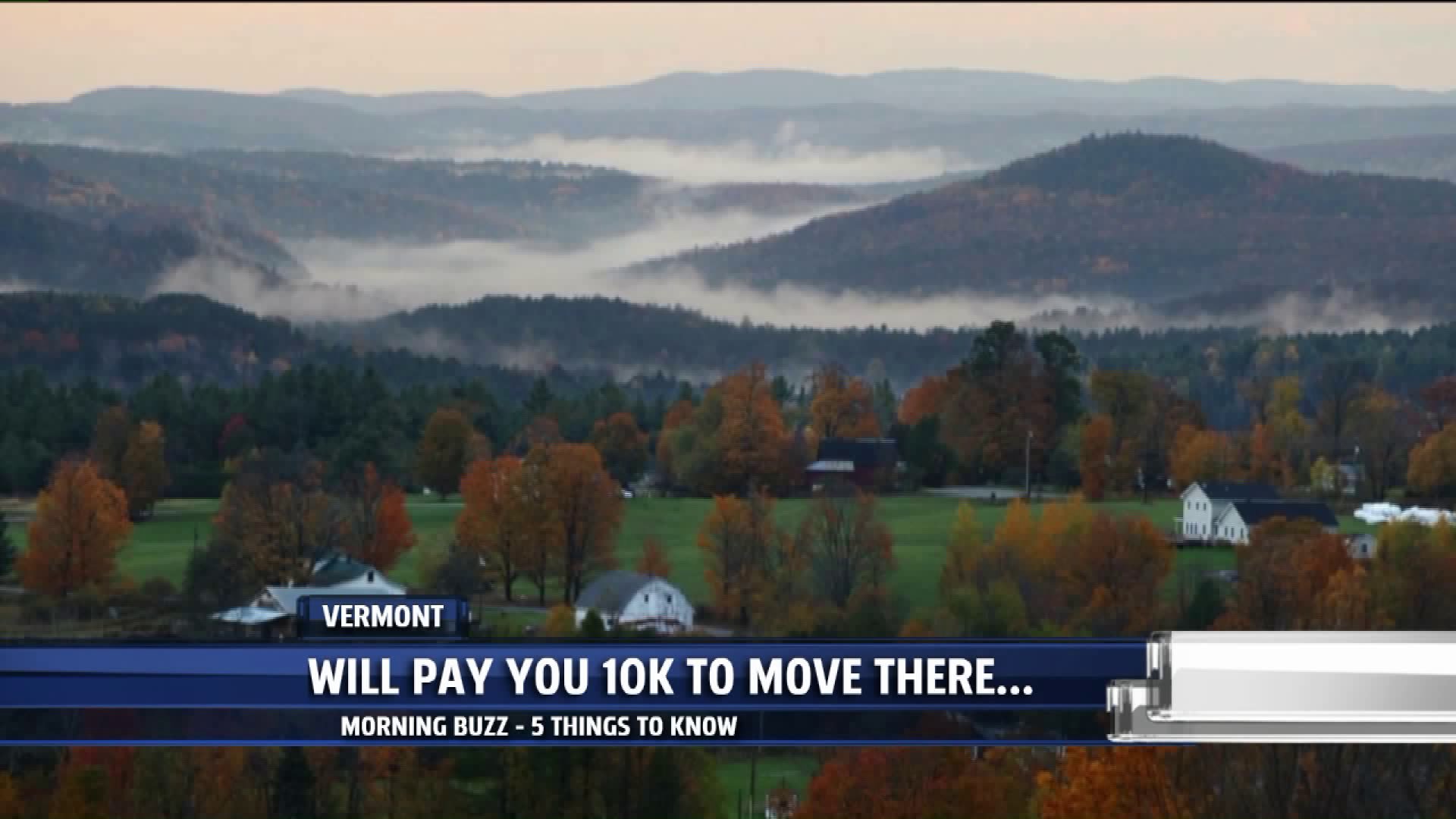 1. The Gerald R. Ford International Airport is continuing to grow. Today they'll announce details of a multimillion-dollar expansion and a new airline, which will be the seventh to fly out of the Metro Grand Rapids Airport.

Since 2013, the number of nonstop flight routes out of Ford has increased from 22 to 31. The new airline will add one more in the fall.

Details on the $90 million expansion will also be shared. PArt of that project will add eight gates to Concourse A.

2. Binder Park Zoo is taking full advantage of West Michigan's beautiful fall season with the launch of a special extended season of fun at the zoo.

The last day of the regular season is Sunday, October 6, when the zoo closes to prepare for their tenth annual Beer Tasting Festival.

Then the zoo will reopen on October 14 for Fall Into The Zook an extended season that features a series of one-day events.

"Fall Into The Zoo" will replace ZooBoo this year. To learn more just head to jbzoo.org.

3. Kalamazoo Valley Habitat for Humanity will celebrate a milestone tonight, as the organization helps dedicate its 210th habitat home.

The house located along Wallace Avenue in Kalamazoo Township was built by Education for Employment students during the previous school year.

There was also more than 200 Habitat For Humanity volunteers that pitched in to see the project through.

The dedication is from 6 to 7 tonight, and the public is welcome to attend.

4. Looking to make amove but afraid you'll be low on funds? What about Vermont?

The Green Mountains State says it'll pay people to move there, offering $10,000 to new residents willing to live there while working remotely for an out-of-state employer.

5. This ice cream chain is jumping on the pumpkin bandwagon, adding a fun twist to the fall flavor.

Baskin-Robbins announcing its flavor of the month for September, an Autumn-inspired pumpkin cheesecake.

If it's still too early for pumpkin, ease into fall with the restaurant's customizable cappuccino blast, which is 100 percent Arabica coffee complete with milk, ice, any ice cream of your choice and a cinnamon garnish.