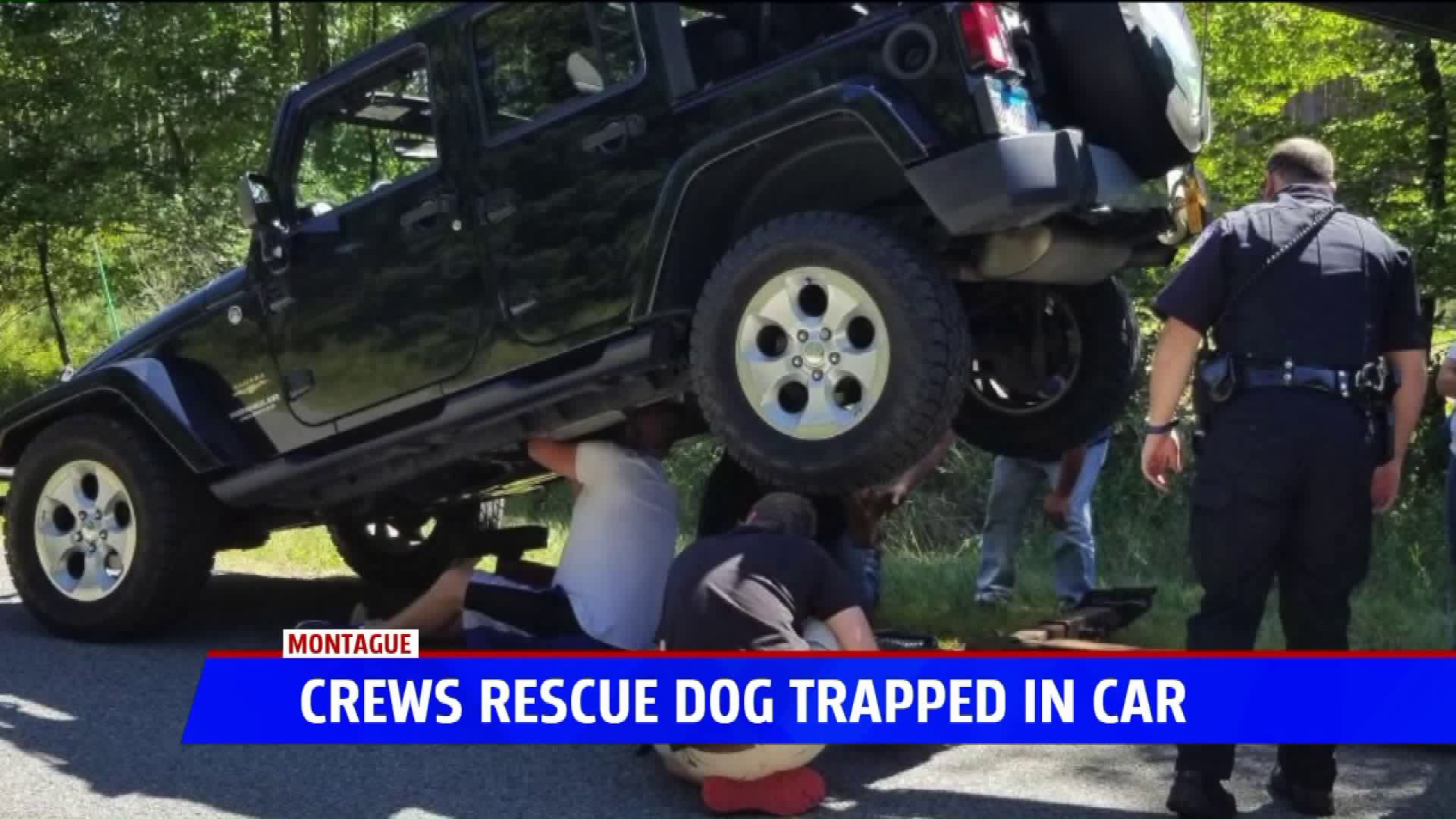 MONTAGUE, Mich. — A trip to the beach suddenly turned into a rescue mission for a woman and her grandson, but it looked nothing like a typical emergency scene.

Ellen Johnson and her grandson were heading to the beach Saturday afternoon when they saw some young men gathered near the end of her driveway. They were trying to catch a small dog.

She pulled over to help them. Before Johnson knew it, the dog crawled up into the bottom of her Jeep above the drive shaft.

“One of the guys knew a person on the fire department and he said, ‘I’ll call him. Maybe he knows what to do,'" Johnson said.

When the fireman arrived, he didn't know what to do, so he called his dad who is also in the department.

“He came over with a floor jack and jacked it up," Johnson said. "I shouldn’t say 'we' because I was just kinda standing by watching this whole thing.”

Soon, they called police to direct traffic away from the growing scene of first responders.

“Montague and Whitehall showed up and they’re all trying to help get this dog out and none of us could do it," Johnson said. "The dog, apparently what they were saying was when they’d pull on him, he’d wedge his back leg in there and was kinda hanging on.”

“They said, ‘The only thing we can think of is call a tow truck.’ I said, ‘Who’s gonna pay for the tow truck?’ And it’s like, it is what it is because I obviously can’t move," Johnson said.

When the tow truck arrived, they lifted the Jeep up on a 45-degree angle. Using a Ketch-All pole, the dog was out.

“Between all them pulling at him and whatever and that, they finally got him out and the little dog just ‘doo-doo-doo-doo I’m so happy’ and trotted off with the officer,'" Johnson said.

A Whitehall police officer brought the dog to Pound Buddies in Muskegon. Staff at the shelter named her "Gidget." She is currently available for adoption. For details, call (231) 724-6500.