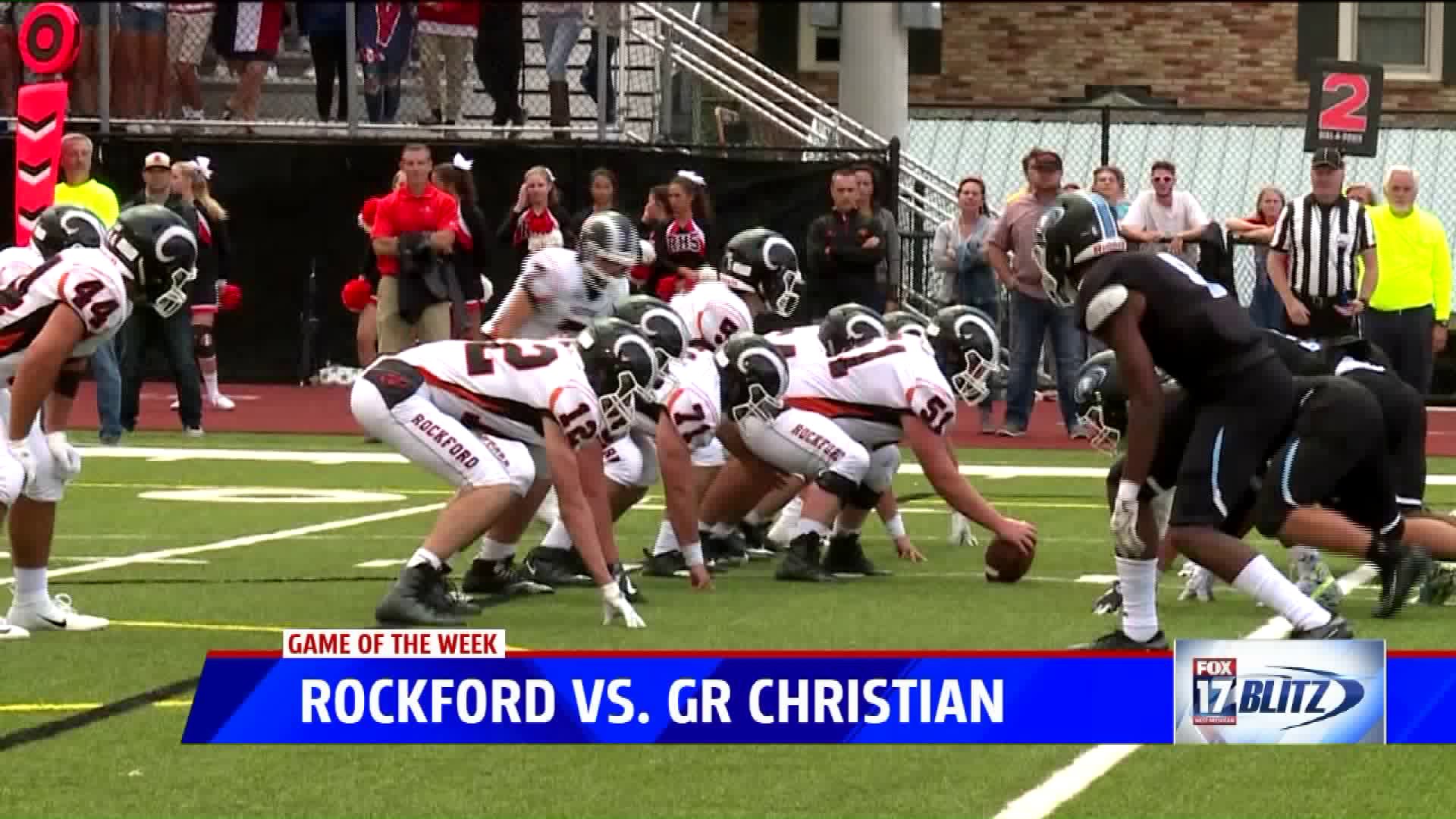 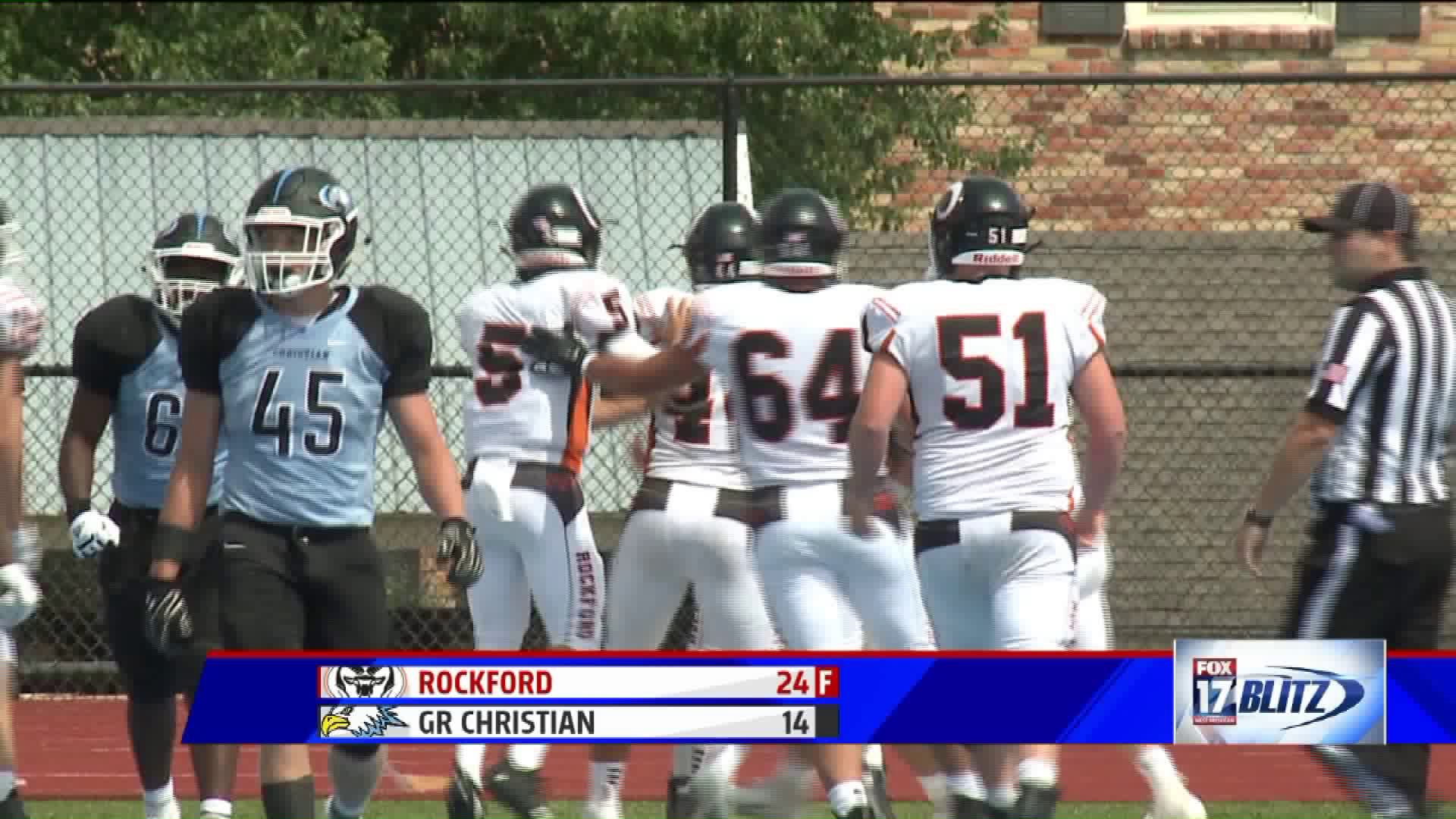 GRAND RAPIDS, Mich. — Two of the top teams in West Michigan had to wait a night to finish their matchup after lightning swept through the area.

Rockford traveled to Grand Rapids Christian Thursday night and got out to a 17-0 lead at halftime. The Rams took a ton of momentum into the locker room at the break, but Mother Nature brought that to a halt.

The first quarter was dominated by both defenses and punting until Rockford started to string together a drive as the clock reached zero.

On the first play of the second half, Rockford was first on the scoreboard quarter when Rockford junior quarterback Chris Corey found senior receiver Eli Haddad for a 16-yard score.

A pair of fumbles recovered by the Rams’ defense helped the offense keep the positive momentum.

Senior defensive back Dylan Dams recovered the first near midfield about halfway through the second quarter, prompting a dominant drive by the offense that was capped off on a short touchdown run by senior running back Jaiden Friesen, opening a 14-0 lead.

With seconds remaining in the half, junior kicker Teagen Lenderink boomed a 45-yard kick through the uprights to give Rockford a 17-point advantage at the half.

The game would resume on Friday afternoon where Rockford would hold on to defeat Grand Rapids Christian, 24-14.