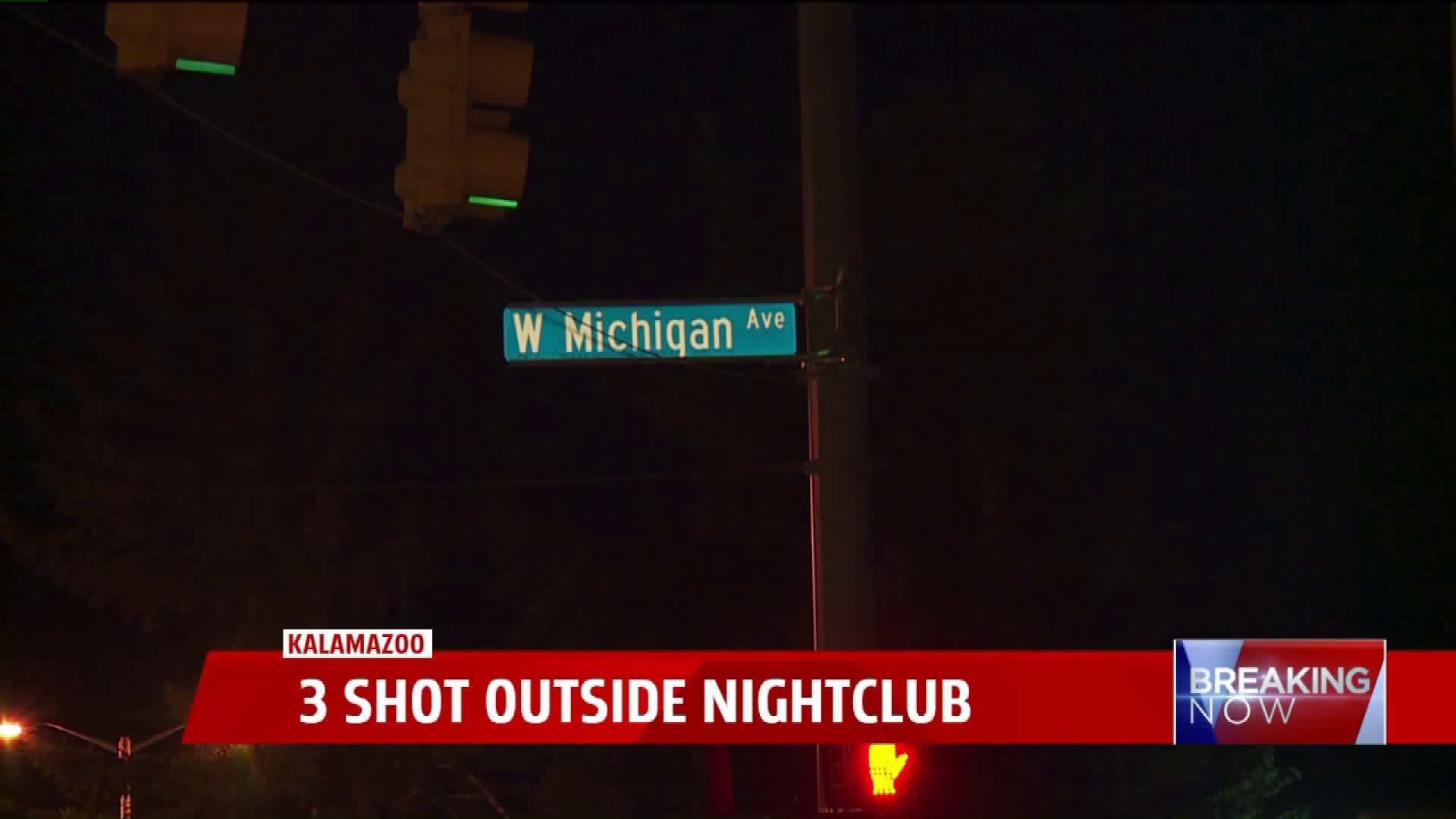 KALAMAZOO, Mich. -- The search is on for a suspect accused of opening fire on three people in a strip mall parking lot.

It happened just before 1:30 a.m. Friday near the intersection of W. Michigan Avenue and S. Howard Street in Kalamazoo near Western Michigan University's campus.

The Kalamazoo Department of Public Safety says when officers arrived they observed a large crowd and located two victims upon arrival with apparent gunshot wounds.  A short time later a third victim showed up to a nearby hospital.

All three victims are reported to be in stable condition.

Witnesses described a potential suspect vehicle as a yellow Chevy Camaro possibly with black racing stripes, that left the area immediately after the shooting.

The suspect was described as an African American male of unknown age who is 6 feet tall, has short dreadlocks, no facial hair and was wearing a black zip-up hoodie, Nike brand T-shirt, black pants and black boots.

Jon Rockwood, owner of Y Bar and Bistro, said he had to shut his restaurant down early because of how crowded the parking lot was before the shooting — an issue he frequently faces.

"We've been working very tight with Kalamazoo Public Safety for the last 6-8 months trying to come up with a strategy," he said. "... We've had several meetings with them to try to figure out what we can do together with all the businesses and the landlord."

The building's landlord hired extra security guards to monitor the outside of the businesses Thursday night, but Rockwood said they didn't seem to factor into the behavior of the people in the parking lot prior to the shooting.

There have been multiple incidents with fights and people feeling threatened in the parking lot.

Rockwood credited Kalamazoo police for their efforts to address the problem, but there's just not much anybody can do.

"Got big city problems in a small town, so unfortunately (police are) undermanned," he said. "This is just, it's a bigger issue than the public actually realizes."

Anyone with information on this incident is encouraged to call the Kalamazoo Department of Public Safety at 269-488-8911, Silent Observer at 269-343-2100 or http://www.kalamazoosilentobserver.com.

WMU Advisory: KDPS is responding to a report of a
shooting in the area of W. Michigan and Howard west of campus. Exercise caution if you are in the area.