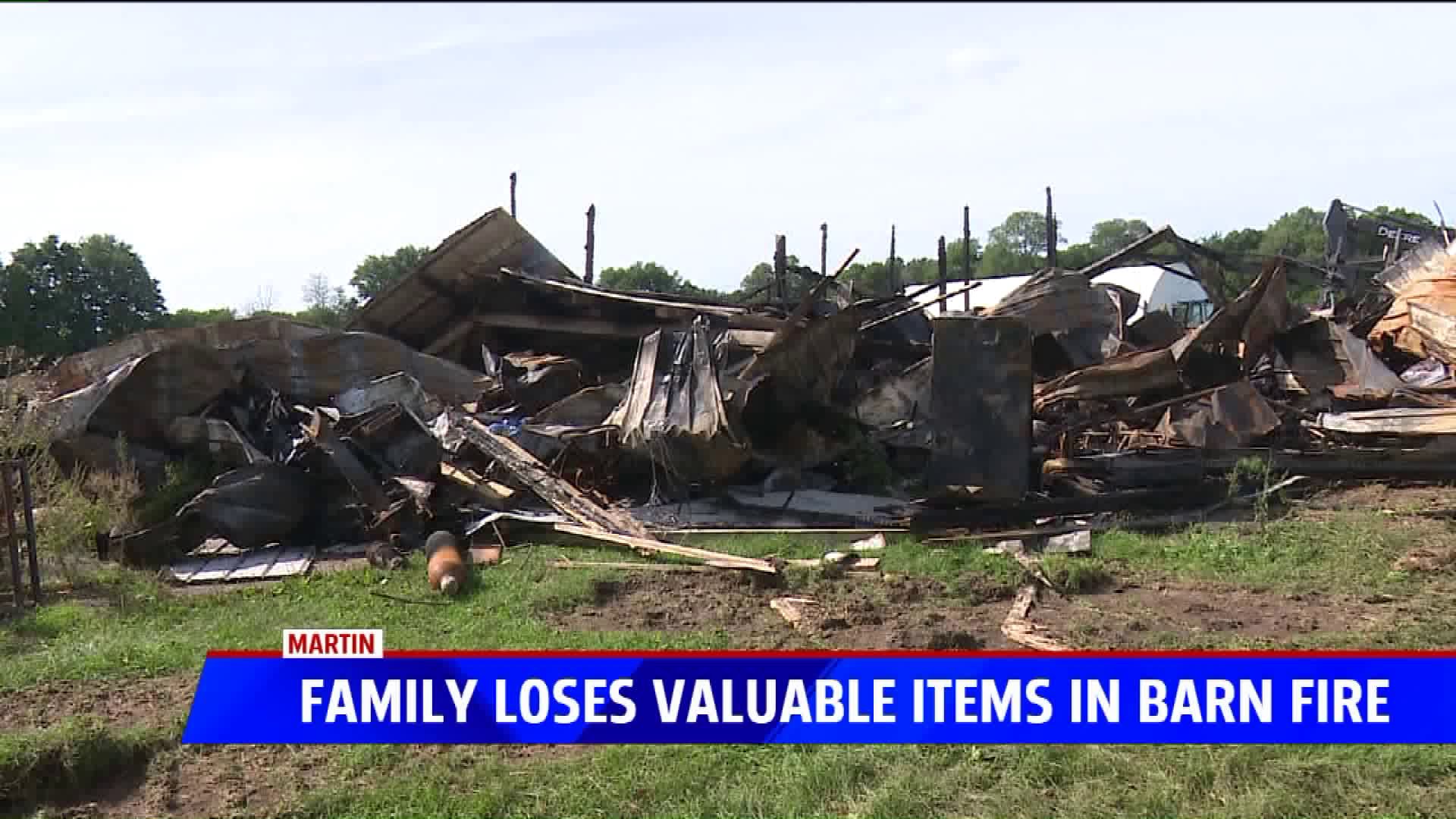 MARTIN, Mich. -- An Allegan County family picking up the pieces after a fire destroyed two of their barns.

No one was hurt, but the family says they  lost their legacy in a matter of hours.

"We had just gone in and settled in for the night and we got a driveway doorbell the went off, and I looked outside to see who drove in there wasn’t anybody there but the barn was on fire, so I called 911 and my husband tried to get the tractors out," said Irene Boutler.

Boulter’s husband has owned the property since the 1960s.

After nearly 60 years, all their memories and treasures are gone.

Inside the  barn was nearly all the mechanical equipment they use on the farm. The fire destroyed most of it.

Nearly a dozen antique tractors were all destroyed; the family spent years fixing up and getting them show-ready.

The fire spread across the property to where they stored hay for the horses. Most of that is destroyed now too.

"We basically just put up hay now, which we lost, so we are going to be way short of hay for the rest of the year," Boulter said.

It's been a tough end to summer for the family and their beloved farm, but they say they support they've seen so far has been overwhelming.

"A lot of people  have shown their love, a lot of people have brought in food and just came to support us," said Boulter.  "It's really awesome all the support we’ve been getting."

Friends and family have set up a go fund me to help them out.

Click here for a link to the family's GoFundMe page.

The family is also hosting a silent auction and benefit dinner on Oct. 12 at the Martin United Methodist Church from 4 p.m. to 8 p.m.