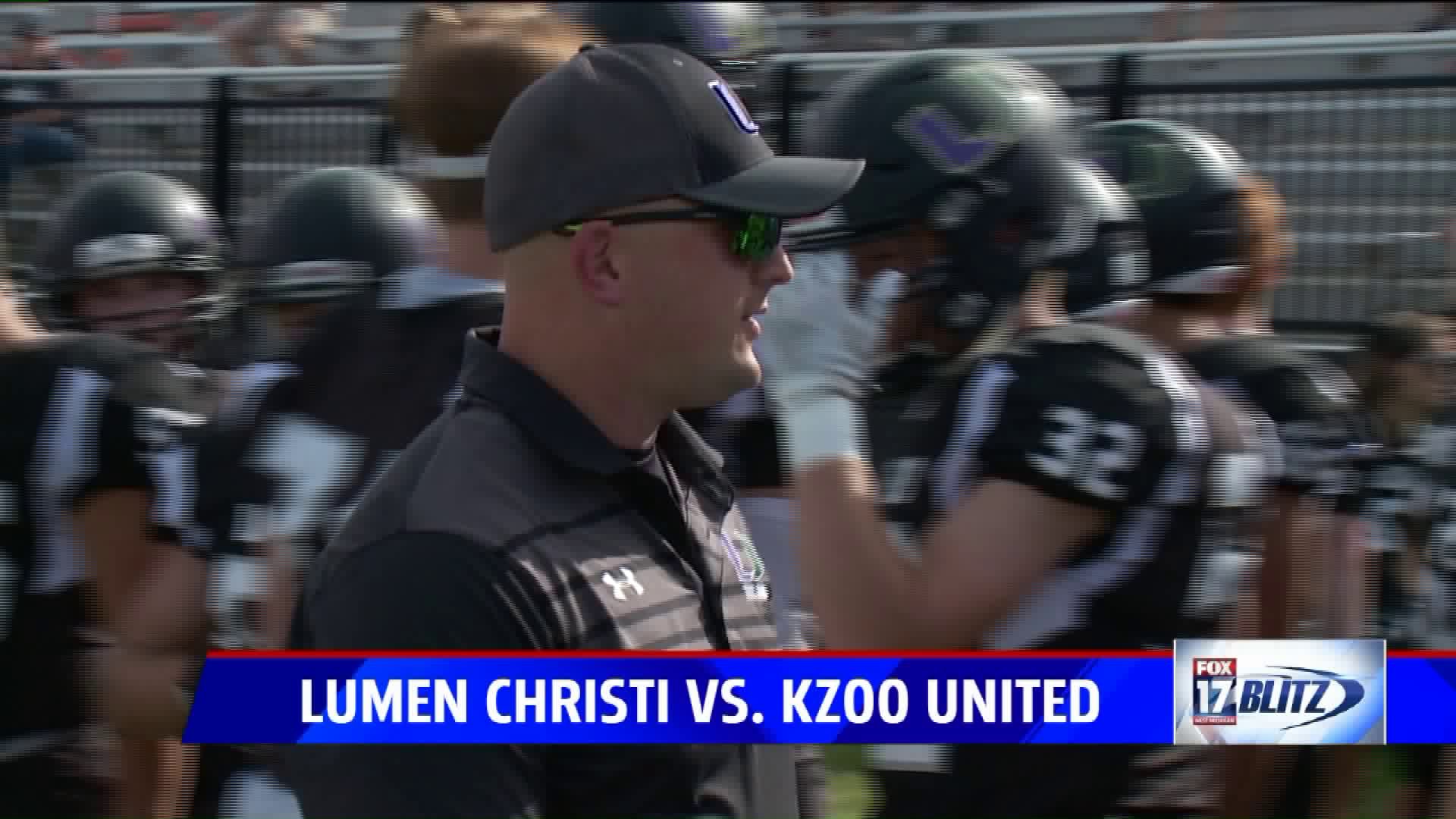 KALAMAZOO, Mich. -- David Arrasmith began his tenure as Kalamazoo United's head football coach on Friday night against Jackson Lumen Christi. After a touchdown run by Christian Bartholomew to cut the deficit to 14-12, United would be stopped on the two-point conversion try as they fall in the first game of the season.