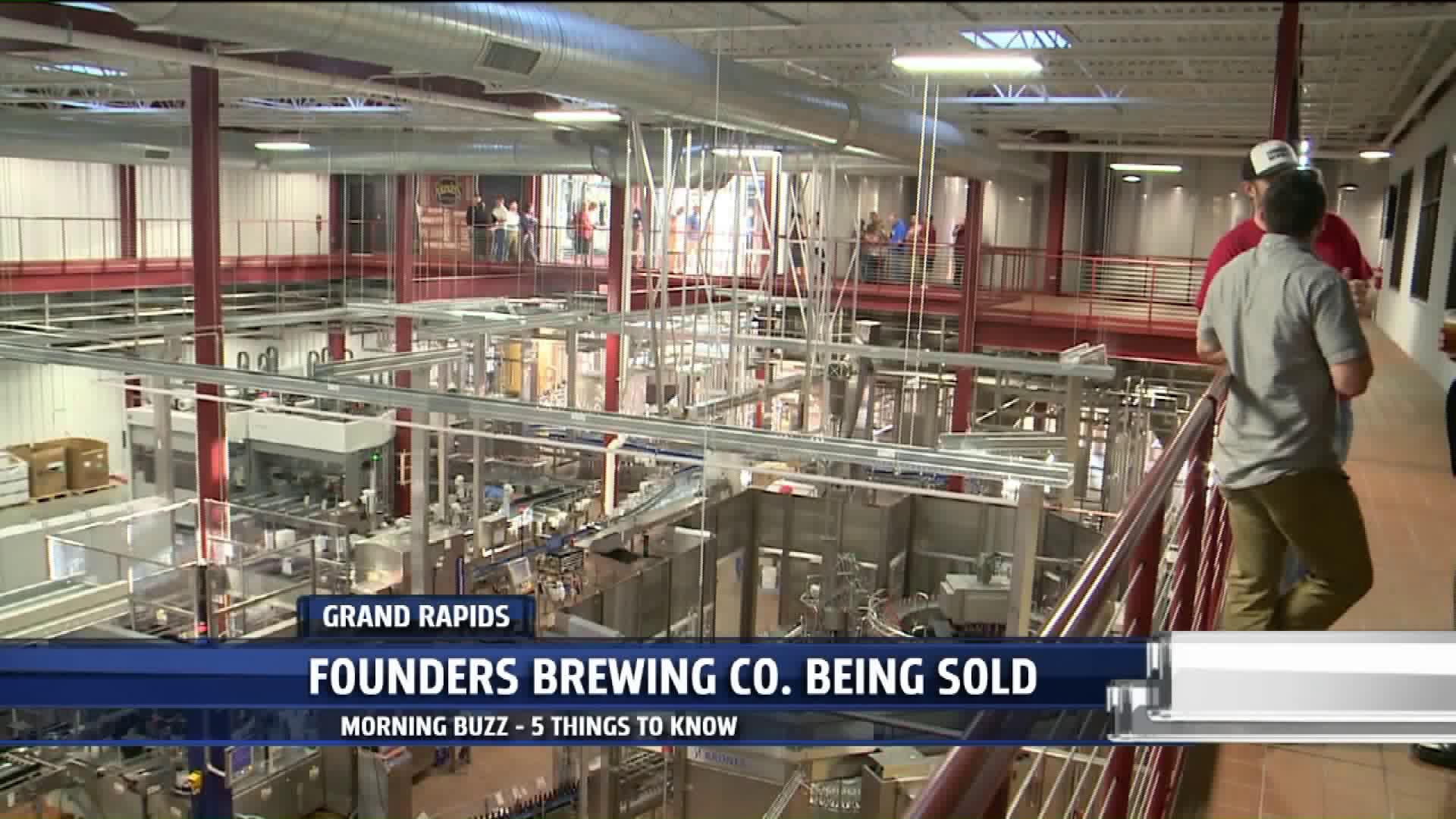 1. The official schedule for the first-ever Project One by ArtPrize is now out.

The public is invited to the free events happening each Saturday during the run of the exhibition, which starts on September 7 and runs through October.

During this time you'll be able to view artists' works and be a part of other community events and performances.

2. Construction has wrapped up on the $35 million dollar Hyatt Place Hotel in downtown Grand Rapids.

The 160-rooms hotel on Ottawa Avenue is open to the public and saw a sold-out night during its soft opening.

City officials will be there for the ribbon-cutting ceremony next week. That's set for Friday, September 6 at 8:45 a.m.

3. Founders Brewing Company will soon have a new owner.

The company is selling a majority stake to Mahou-San Miguel Brewing Company.

The company bought a minority stake in Founders back in 2014 and is considered Spain's largest and oldest brewery. The sale is expected to be completed early next year.

The co-founders will each keep a 5 percent stake in the company.

Day-to-day operations will remain the same, and they'll continue to brew the beers they're known for.

4. Just when you thought the chicken sandwich wars were over, another restaurant chain throws itself into the ring.

The new menu items are made with hand-breaded chicken battered in Lagunitas IPA Beer and served on a Challah bun.

The southern sandwich features swiss cheese and bacon aioli, while the Nashville one cranks up the heat with hot sauce and chile peppers.

These friend foods are hitting menus just in time for football season.

5. Now you can sip one of your favorite candies through a straw.

The limited-time flavor is a mashup of two of its most iconic flavors: strawberry and grape.

Also, participating 7-Eleven stores are offering a limited-time value price of $1 on medium-sized Slurpee drinks, which can be redeemed through their mobile app.