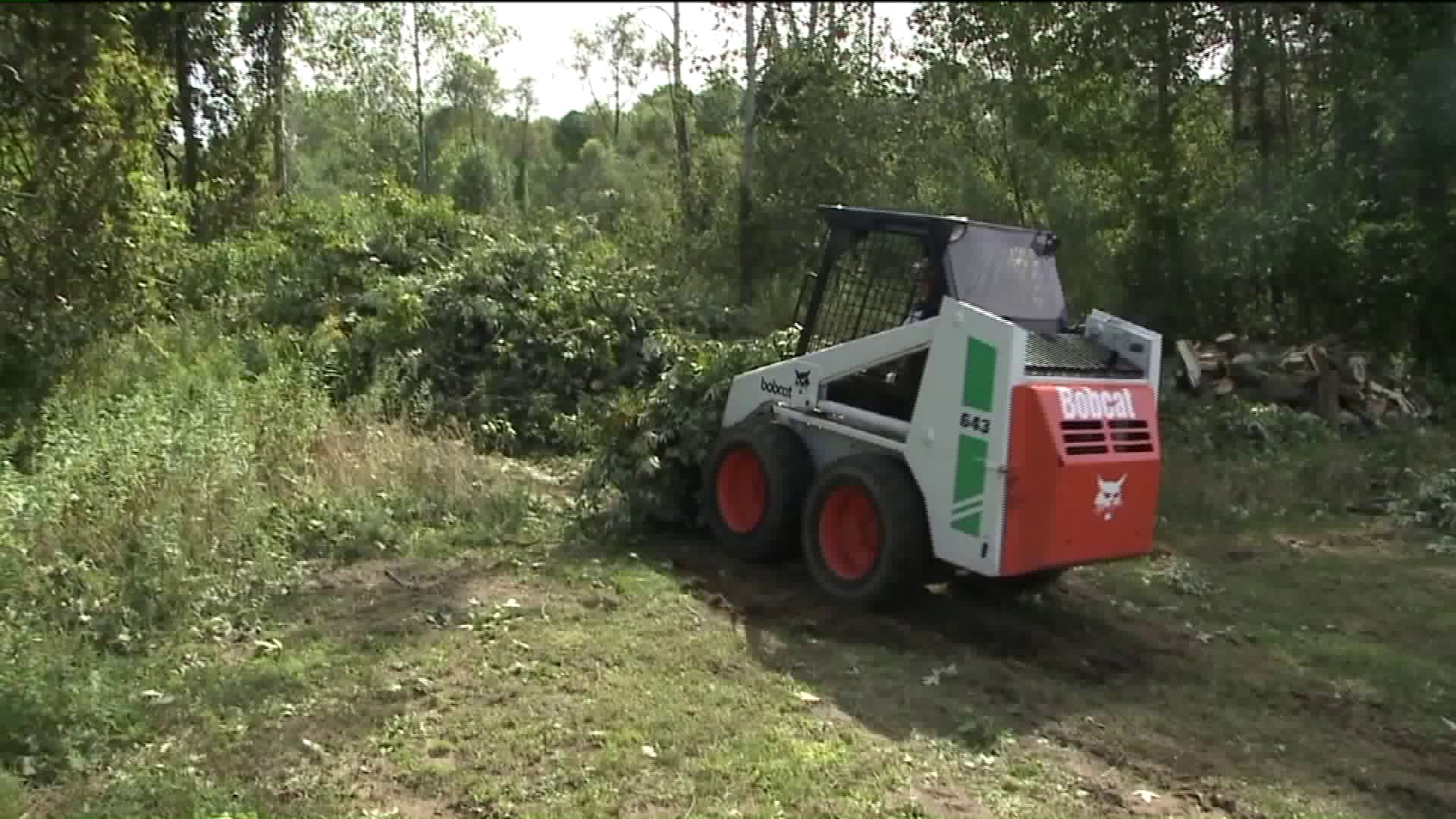 GRANT, Mich. — The National Weather Service says that a small area of downburst winds were responsible for the damage in Newaygo County late Thursday night.

Mark Presler cleaning up debris on his property

Surveyors from the weather service were out with Newaygo County Emergency Management crews checking damage Friday morning. They found no evidence of a tornado going through the area.

The weather service tells FOX 17 they look for a specific tornado "debris signature" when determining the type of weather event.

Several people in the area spotted a large rotating cloud Thursday evening and feared that it was a tornado. FOX 17 Chief Meteorologist Kevin Craig says the formation was a supercell thunderstorm, a storm with a rotating updraft.

The severe weather still caused plenty of damage to the area in and around Grant. Mark Presler, owner of Kick-Start Grill & Cafe on Mason Drive, was working in his barn next to the restaurant when the storm hit.

“Never seen nothing like it," he said, “It was just a roar and there was lightning all over."

A metal carport on Presler's property was blown several hundred feet across the yard.

Mark Presler cleaning up debris on his property

The storms hit fast and aggressively. Presler has difficulty even closing his barn doors with the strong winds blowing. As he was pulling down the metal doors, he saw lightning strike the land near his neighbor's house. The side of the house burst into smoke and flames.

He pounded on his neighbors' doors and windows but they were luckily not home at the time. Some animals inside were unharmed.

Presler, his wife Carmen and several friends spent the better part of Friday cleaning up the area around the restaurant and his home. He says, all things considered, they were lucky.