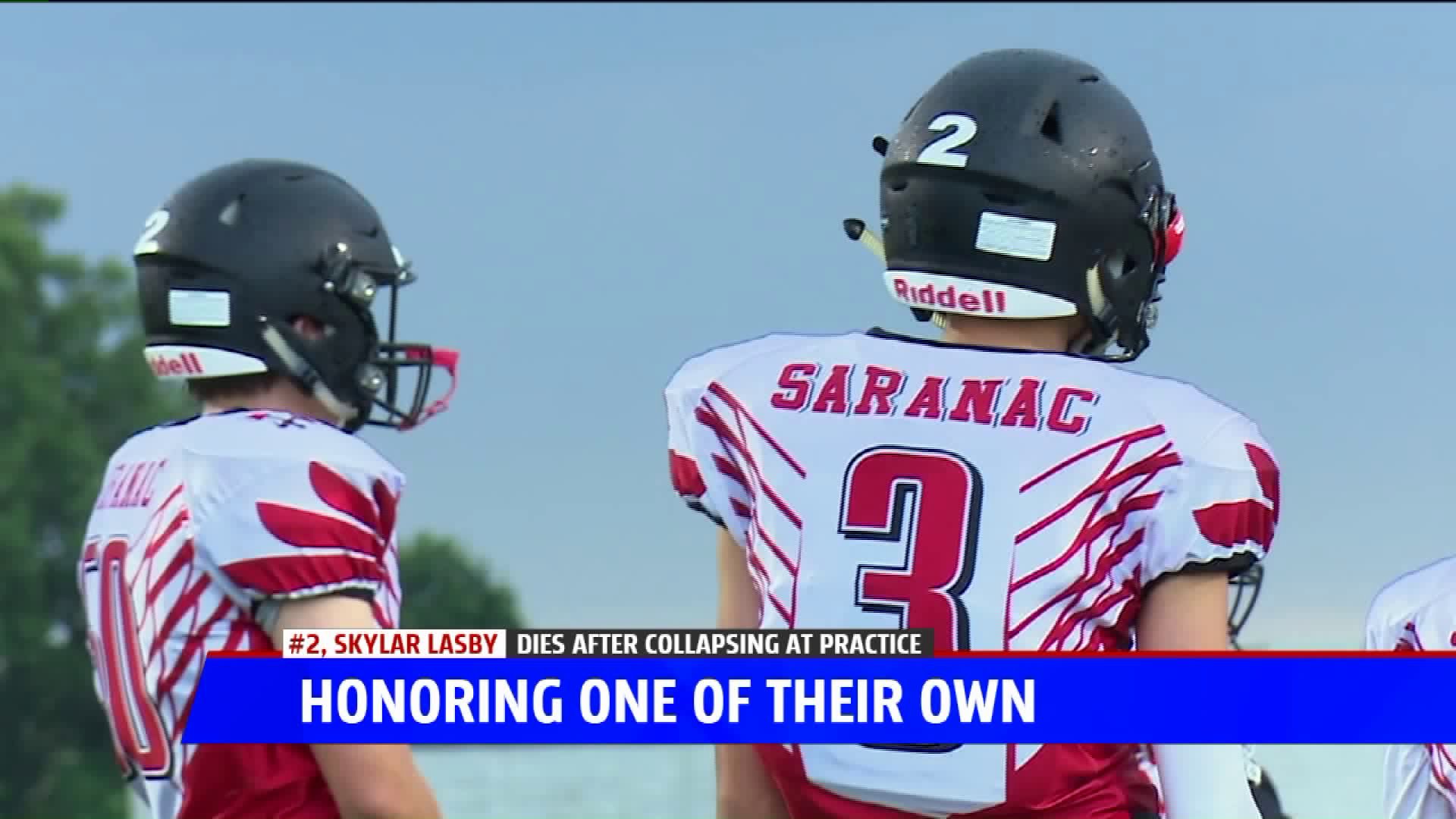 Lasby died after collapsing on the field during a youth football practice.

The signs of support in honor of Skylar Lasby are seen across Saranac and more than 60 miles away in Beal City, where the Saranac High School Redskins took on the Beal City Aggies to start the season.

Before kickoff, Saranac Superintendent Jason Smith spoke to the crowd asking for prayers for Skylar's family and the Saranac community.

He said there is nothing Skylar loved more than football.

"A message from Skylar’s parents this morning, please have the kids play hard at the game tonight, Skylar’s favorite thing is football," Smith said.

After a moment of silence, Saranac players took the field donning Skylar’s No. 2 on each of their helmets, cheerleaders on the sidelines  had their faces painted with the same number.

In support the Beal City Boosters are donating proceeds from Thursday night's 50/50 raffle to Skylar’s family in Saranac.