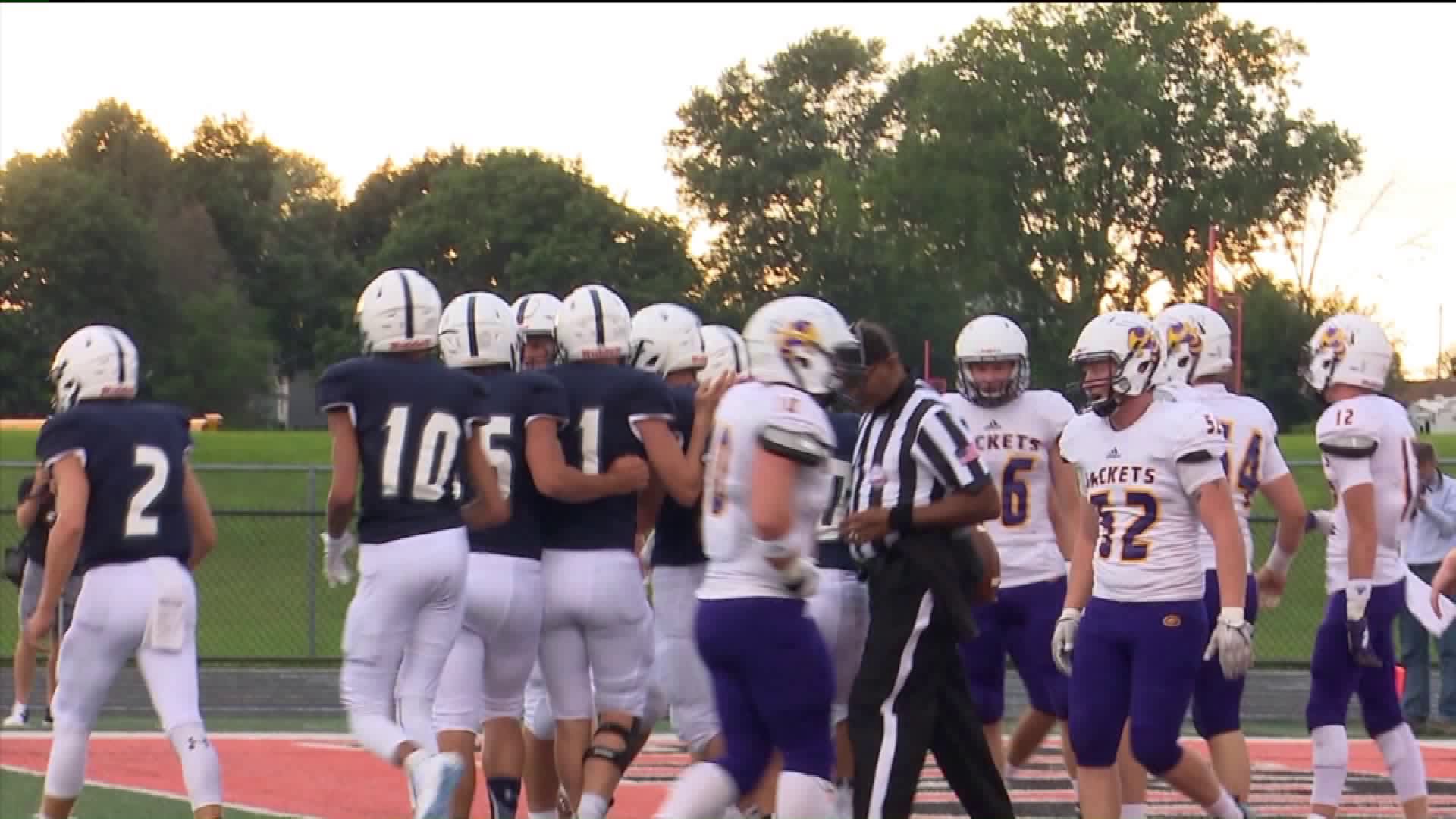 BYRON TOWNSHIP, Mich. — The South Christian Sailors took the field under head coach Danny Brown for the first time Thursday night after he took over for Mark Tamminga.

South Christian came out firing as soon as they got the ball, marching down the field and finishing the drive on a 1-yard touchdown pass from quarterback Chase Bradman to running back Kyle Parris. They led 7-0 after the extra point.

The Sailors repeatedly found a matchup they liked for running back Eli Smith, who received plenty of targets and racked up the yardage.

South Christian finished with a 35-0 winning.