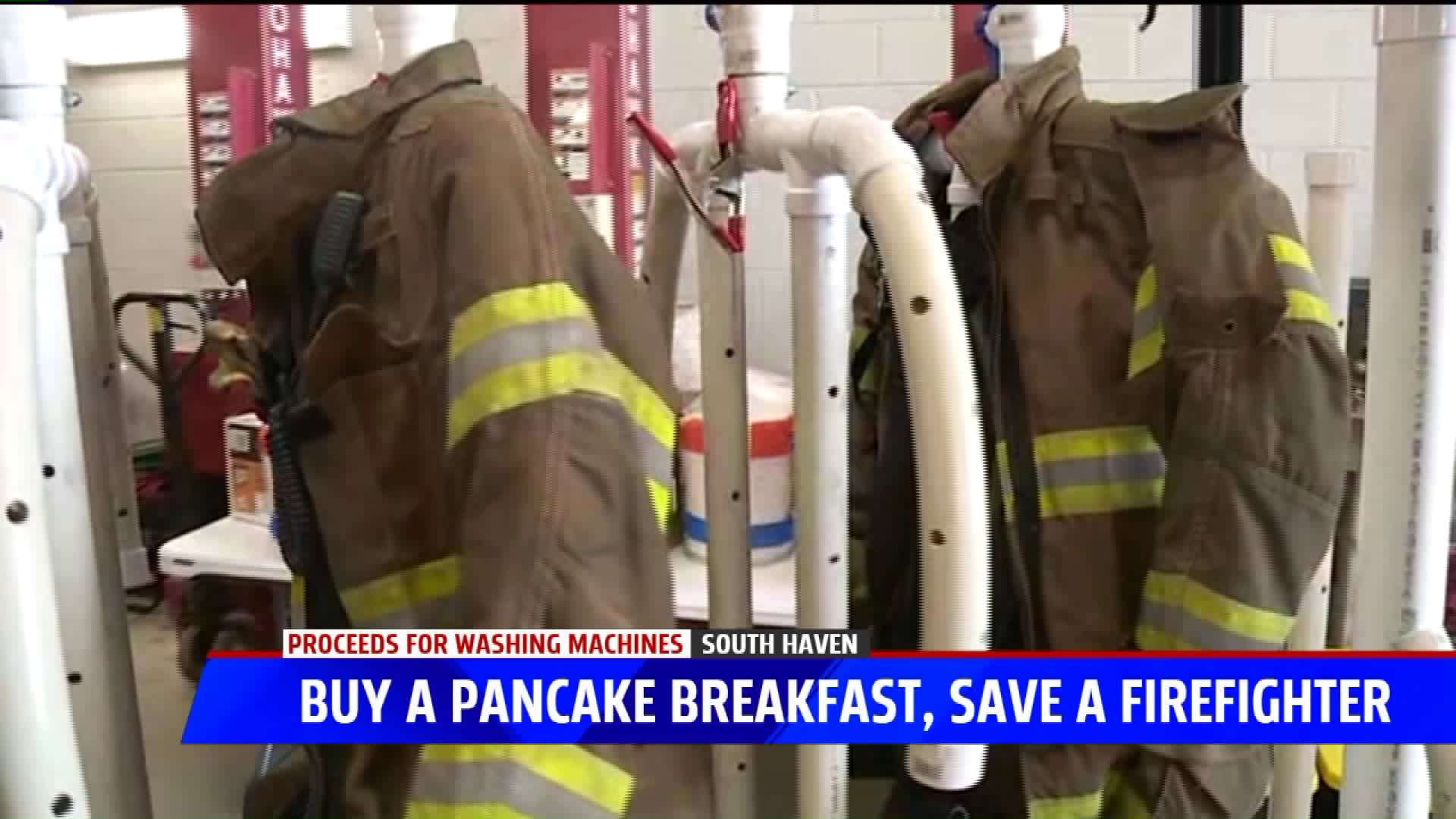 SOUTH HAVEN, Mich. — Firefighters in South Haven are holding a fundraiser on Sunday to buy commercial washing machines that, unlike their current machines, can wash out the carcinogens that accumulate on their gear.

Their goal is to raise $37,000 to purchase commercial washing machines that can properly wash out dangerous substances that get on their gear during fires.

“The carcinogens stay on there," Montgomery said. "And if we don’t properly wash them, our firefighters are exposed to those carcinogens every single time they put the gear on.”

“We actually found out washing our gear in the washing machines that we wash our uniforms and bedding in is actually doing cross-contamination," Chief Ronald Wise said. "It should be a completely separate washing machine, or you have to do a cycle in between you do laundry of your uniforms or whatever.”

According to the National Fire Protection Agency , firefighters are 14% more likely to die from cancer than the general population.

“It’s one of those things where, for us, it helps with longevity on the career, on the job," Wise said. "It protects us once we’re out of the job, from the effects of cancer.”

These new machines will also save time by washing several sets of gear at once. Currently, South Haven firefighters can only wash one set of gear per load. According to the chief, after a fire it can take days to clean everyone's gear.

Even if the contaminants aren't visible, they're doing serious damage over time.

“It’s in their gear racks," Wise said. "Every time they go into their gear racks, if they bump their gear and it has carcinogens, they’re being exposed. Our paid on-call firefighters who take their gear home with them, if the gear is laying in the back of the car, or in a bag, they take it into the house, the carcinogens are still there.”

The four machines they're hoping to purchase will be divided between three stations. To save money, they're building their own drying racks.