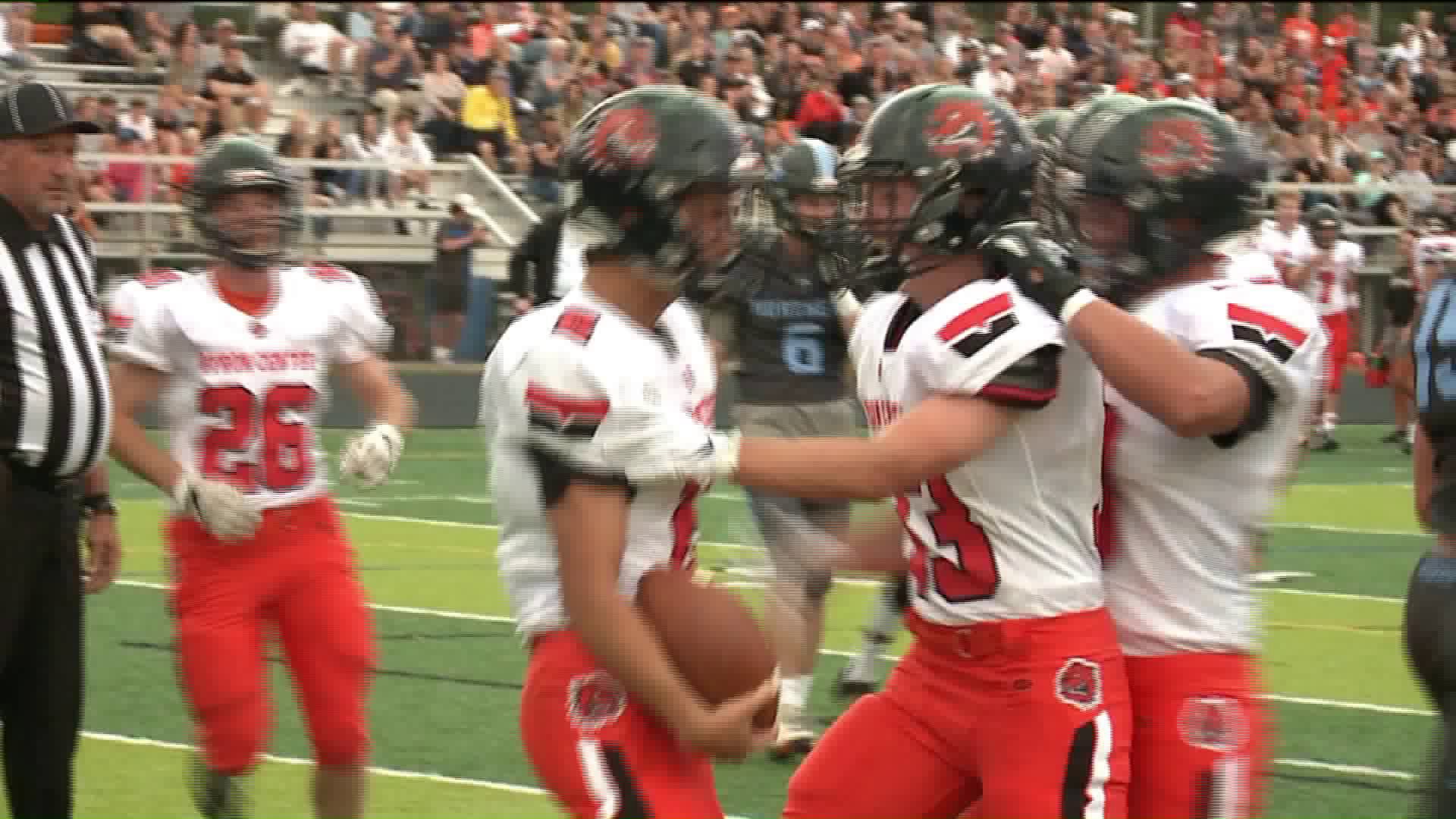 GRAND RAPIDS, Mich. — Byron Center and Forest Hills Northern are among the dozens of teams who will have to finish their Thursday night games on Friday.

The Bulldogs are looking to rebound after a 3-6 season last year, and started the season on the right note.

In the first quarter, quarterback Austin Vandermarkt broke the game open with a 2-yard scramble to take a 7-0 lead. He would call his own number again in the second quarter and crossed the goal line to double the lead at 14-0.

The quarterback showed his versatility on special teams too — converting his own extra points.

Forest Hills Northern would later get in on the scoring by converting a fourth-and-7 into a touchdown. Quarterback Ethan Erickson went for it all and succeeded in finding Ethan Clark for a 25-yard touchdown.

Forest Hills leads 21-7 in the third quarter. The teams will meet again Friday to finish the game.