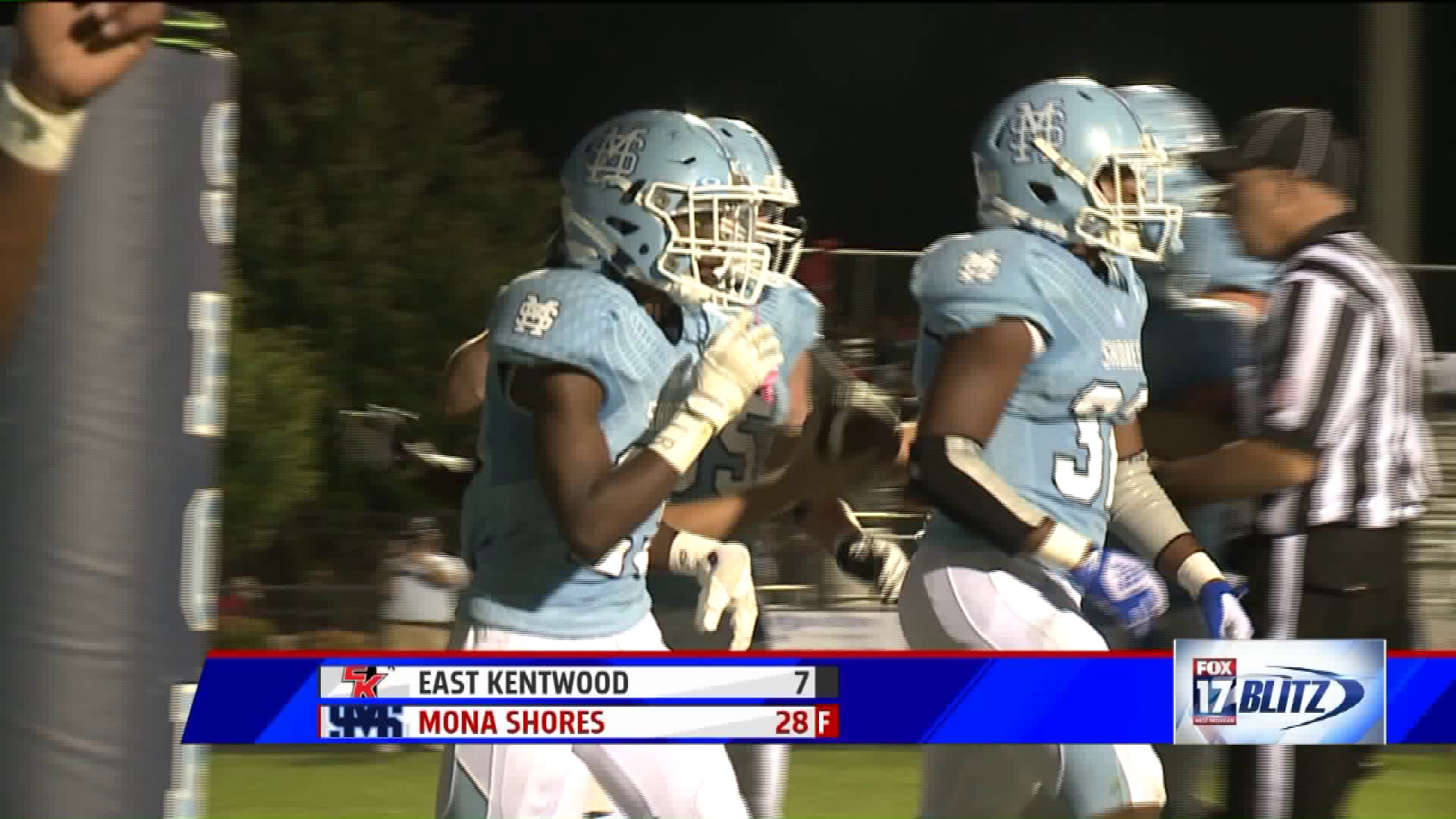 NORTON SHORES, Mich. -- Mona Shores defense paved the way to a 28-7 win over East Kentwood in a week one high school football showdown. The Sailors were depleted by graduation on that side of the ball but many new faces stepped up to hold East Kentwood to one score.

Brady Rose stepped in for the injured Caden Broersma and had a touchdown run late in the game to ice it. Tre'Shawn Hatcher had two first half touchdown runs to lead the Sailors to a 15-0 lead at the break.

East Kentwood got on the board early in the fourth quarter on a Christian Tanner to Willie Berris touchdown pass. Mona Shores will be at Bay City Central next week while East Kentwood travels to Grand Ledge.