‘Up north’ jerky store a total loss after fire 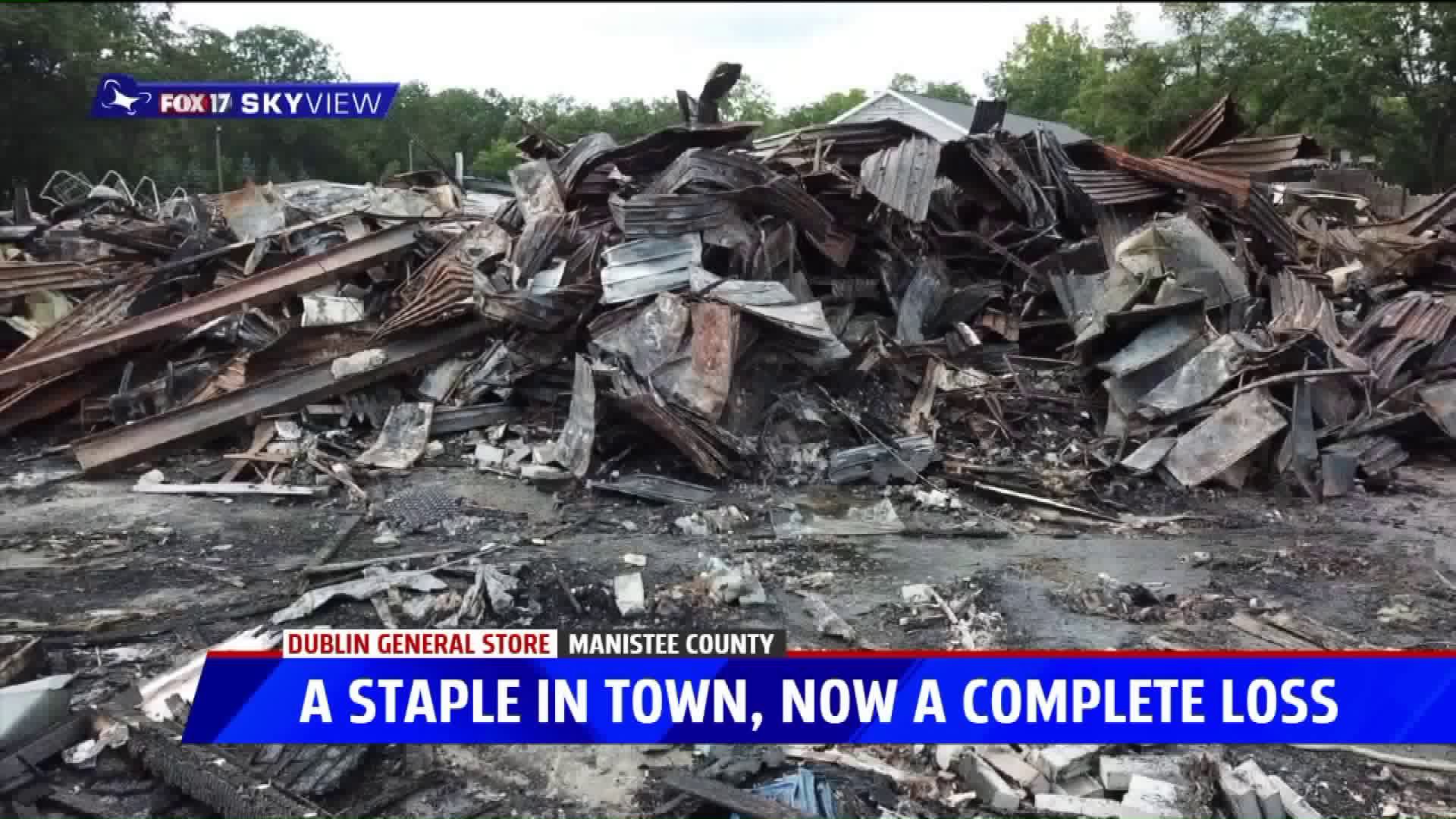 Crews arrived around 4 a.m. Saturday to find the iconic Dublin General Store on fire. Upwards of 14 hours later, nine crews had been involved in knocking down the fire.

The building is a total loss. Difficulties in fighting the fire start with the metal roof which made it impossible to fight from above.

A portion of the building is blocked off for fire investigators to look into on Tuesday after the holiday weekend. The cause of  the fire is still under investigation.

It's devastating news for people across the state of Michigan. Dublin General Store has been an "up north" staple since it's opening in 1936.

“They are part of the community, staple, everyone comes here to see their smiling faces,” Deb Paradowski said.

People from far and wide came to see the damage with their own eyes, telling FOX 17 it's more than a store.

“No it's not (just a store), it's family, it’s a staple to the community,” Mark Paradowski said.

The owners of the Dublin General Store say they plan to rebuild. On Facebook, they expressed their gratitude for the outpouring of support from the community.

"We were together as a family (Saturday) and it is with immense pride and excitement to say that we will rebuild the store." the Dublin Jerky Company posted Saturday night. "I would like to thank all of our loyal fans for all of your loving words of encouragement and prayers. We all felt SO MUCH love yesterday and today, THANK YOU!"

The owners say the Grandville location will be open on Labor Day "... for anyone who still needs their Dublin fix."

Anyone craving Dublin Jerky is encouraged to stop by their Grandville location on 44th Street near Ivanrest Avenue, or call the store at 616-726-7900.