4 arrested after teen shot in Portland 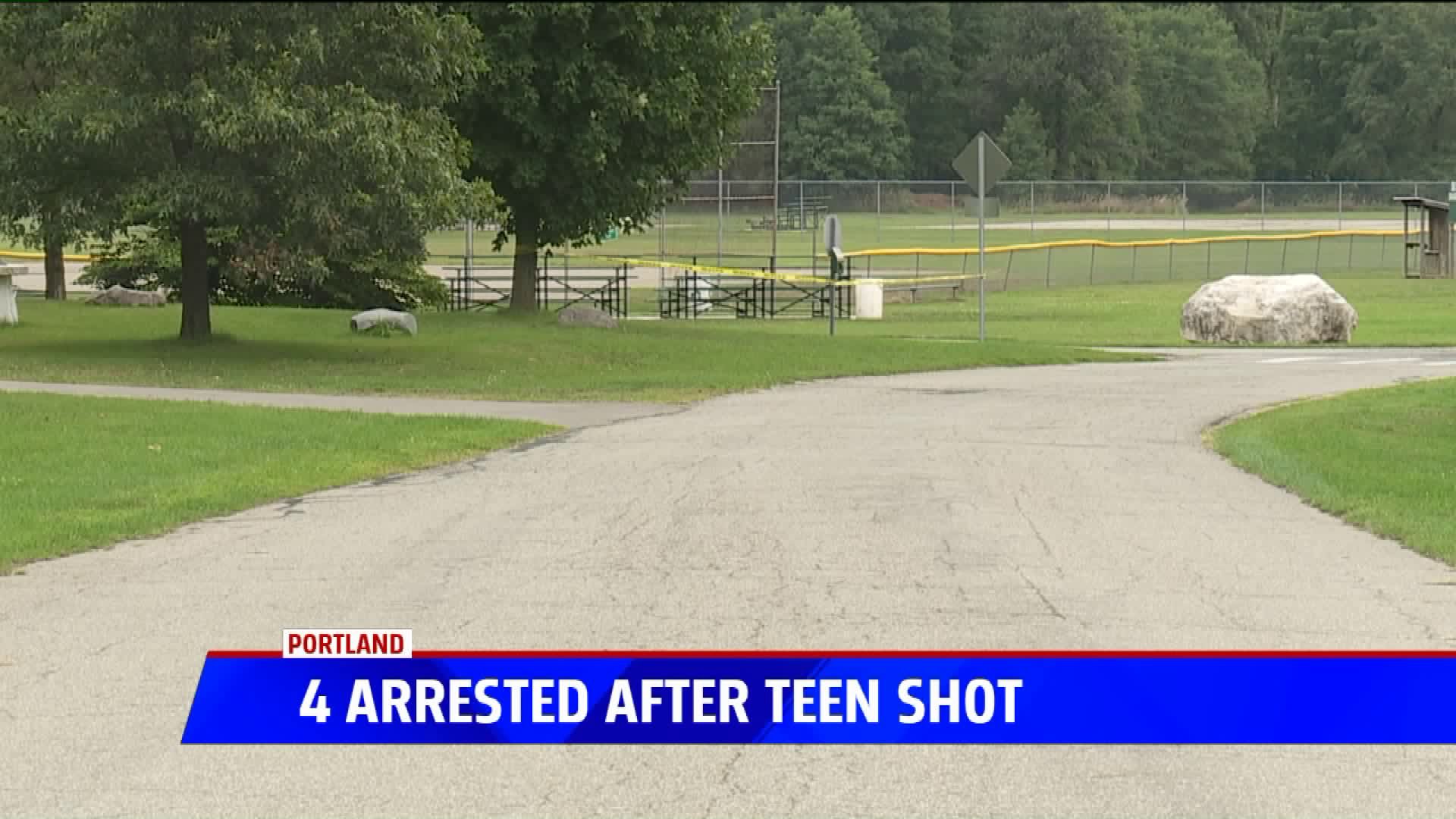 PORTLAND, Mich. -- Four people are now in police custody believed to be involved in the shooting of an 18 year-old Portland man was shot during a fight in the Bogue Flats Recreation Area.

Calls to 911 started coming in around 7:15 p.m. Monday. Police tell FOX 17 they are now looking for two people in their late teens for questioning.

It's believed the teen and eight or nine others agreed to meet, possibly as retaliation from previous contact. One person pulled out a gun and shot the victim. The young man was taken to a hospital in Lansing with a non-life threatening gunshot wound.

A K-9 unit specially trained in tracking firearms is searching the area where police found shell casings, but the gun has not been recovered yet.

The City of Portland made a statement on Facebook asking everyone to avoid the area, though police stress there is no threat to the public. They do not believe this incident is related to the bomb threat called in to Ionia Public Schools .