Ending violence in Grand Rapids one basketball game at a time 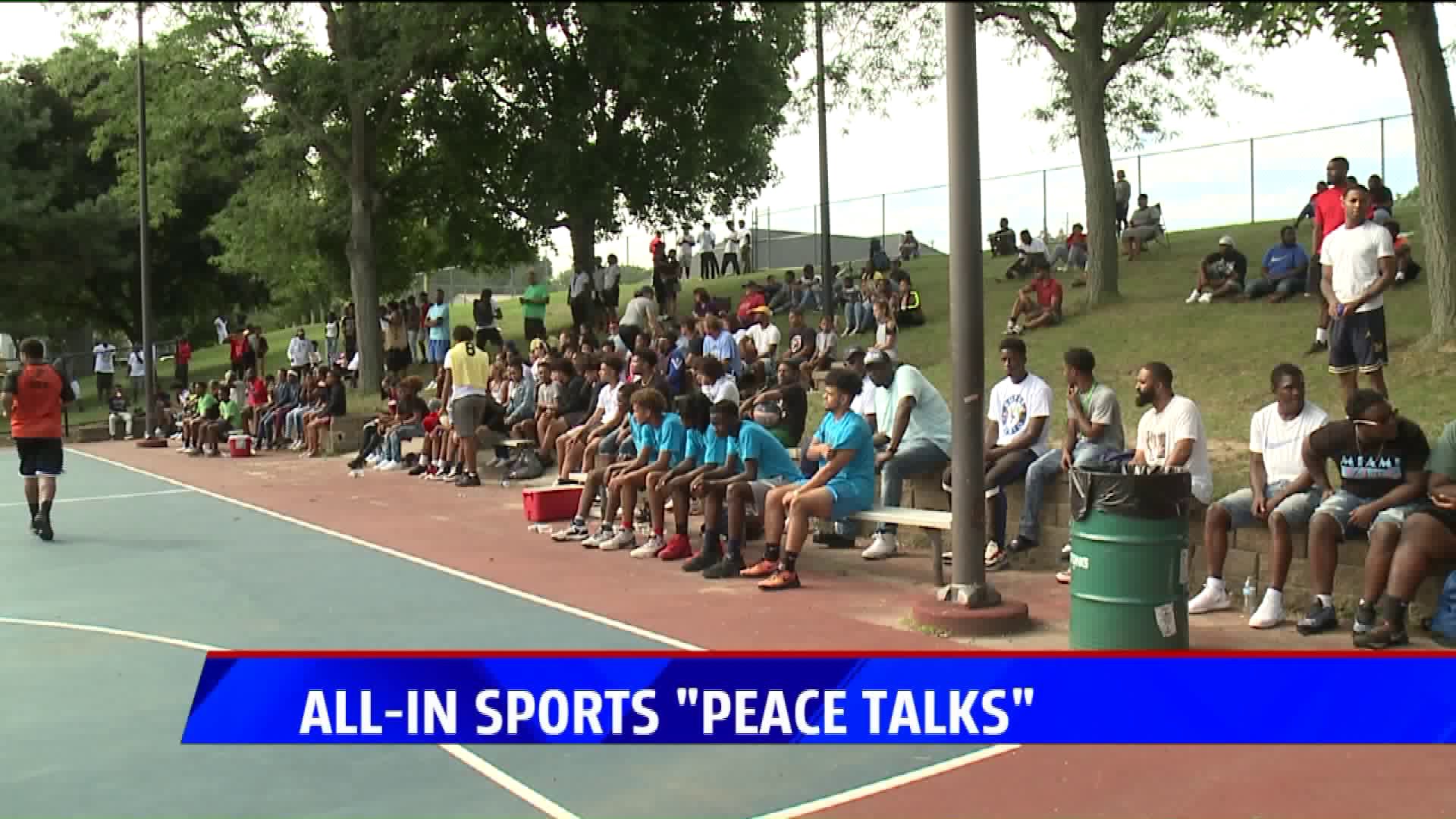 GRAND RAPIDS, Mich. -- We've seen a rise in gun violence in Grand Rapids over the last several weeks, but two local men are determined to end it and unite people this Labor Day holiday.

“It’s something we want to continue to host every year but make it bigger and better each year,”said Dominic Shannon and Jamell Hatchett. Both organized the event.

The tournament is comprised of four teams, each having team has a high school student captain from a different Grand Rapids area school. This way, kids from different schools can stay active and get to know each other through a common bond of a love of the game of basketball.

Funding is provided by the the City of Grand Rapids through one of their "pitch night" grants, and is designed to keep kids out of trouble, by keeping them busy.

This is just the start for Dominic and Jamell. They are starting a peace league coming soon that will bring together high school athlete, people formerly in the system and police officers.

“A lot of people, who got rough lives, this could be a day for them. This could be the best day of their lives," captain George Hatchett said.