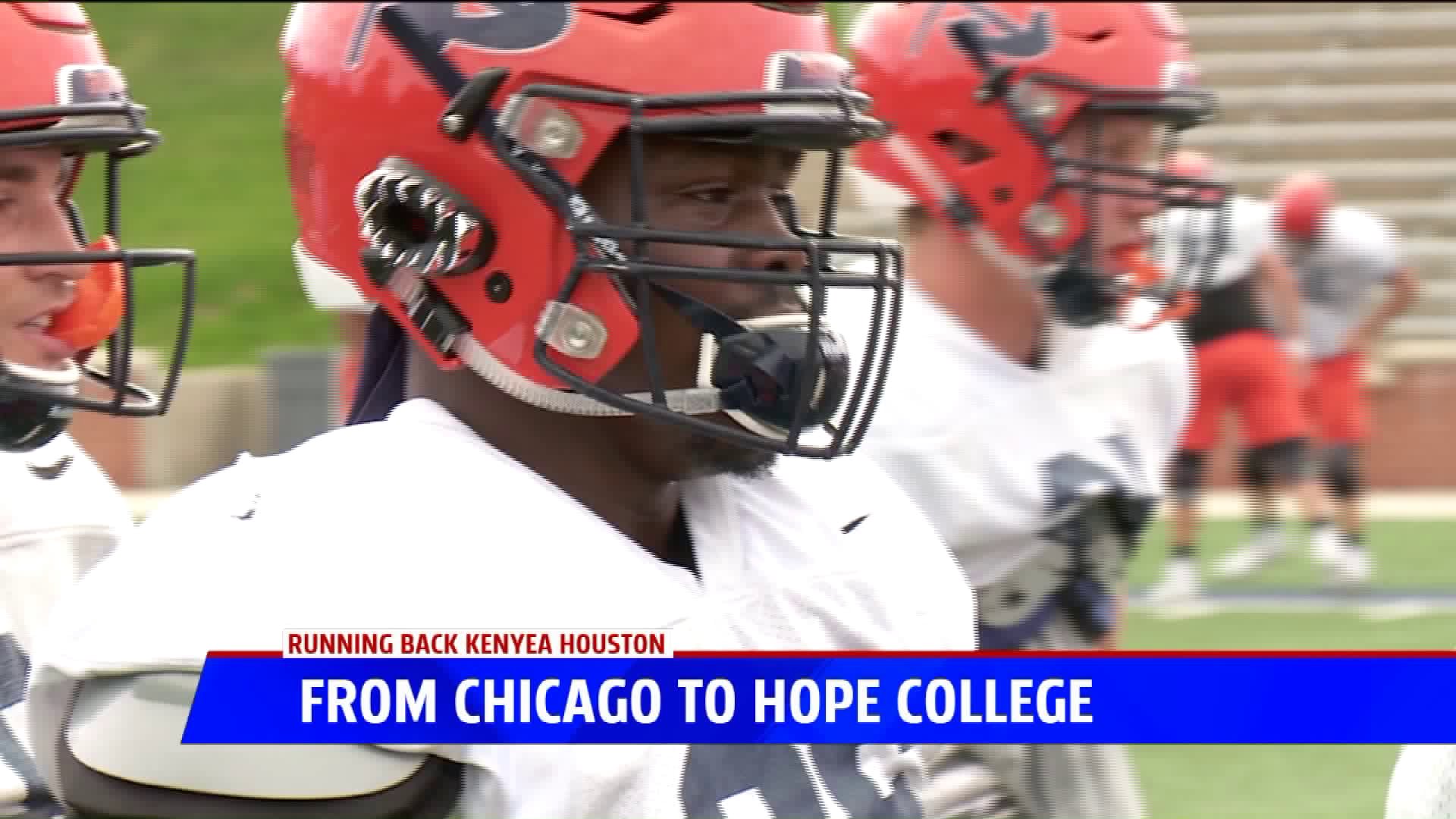 HOLLAND, Mich. -- Kenyea Houston grew up just a few miles outside of downtown Chicago and was a standout athlete in high school. When two football coaches came to visit one day, he saw it as an opportunity, not only to play college football but also to get out of class.

"I was just trying to use it to get out of class," Houston laughed, "but I went and they spoke a lot about the school so I applied."

After receiving an academic scholarship, Houston opted to attend Hope for mechanical engineering and football but it was a lot different from what he was used to.

"My school was very diverse," Houston said about high school, "then coming to Hope, it's a predominantly white school so that was a big change in itself."

Plus, Holland has a little bit of a different night scene than the bright lights in the Windy City.

"At night, in Chicago, there's always something going on, street lights on, stores or open but around here at nine or ten o'clock, everything is shut down and it's dark outside."

It's fair to say that growing up in Chicago wasn't the easiest upbringing.

"I knew people where bad things happened to them and they went through a lot themselves and I was lucky enough to be on the outside looking in," Houston added.

Houston turned to sports at an early age to keep him off of the streets and away from negative influences.

"It helped a lot, just playing sports itself, football was my main sport then I wrestled and ran track just to focus on football and keeping busy so I'm not outside hanging out with the wrong crowds."

Houston came to Hope as a linebacker and started in his first game as a true freshman last fall. Now, as a sophomore, he's transitioning to runningback.

Stuursma also added that he thinks Houston will be the mayor of Chicago some day and there's a reason for that high praise.

"He's just one of those young men you meet and you're like, 'that's a difference maker right there,' he just absorbs a room with his energy and personality, such a polite young man."

The transition hasn't been easy from the inner city to Holland, but he now calls Hope his second home.

"The weekend comes and I'm not really looking at going home, I'd rather stay here."