Kids audition for movie about bullying in Grand Rapids 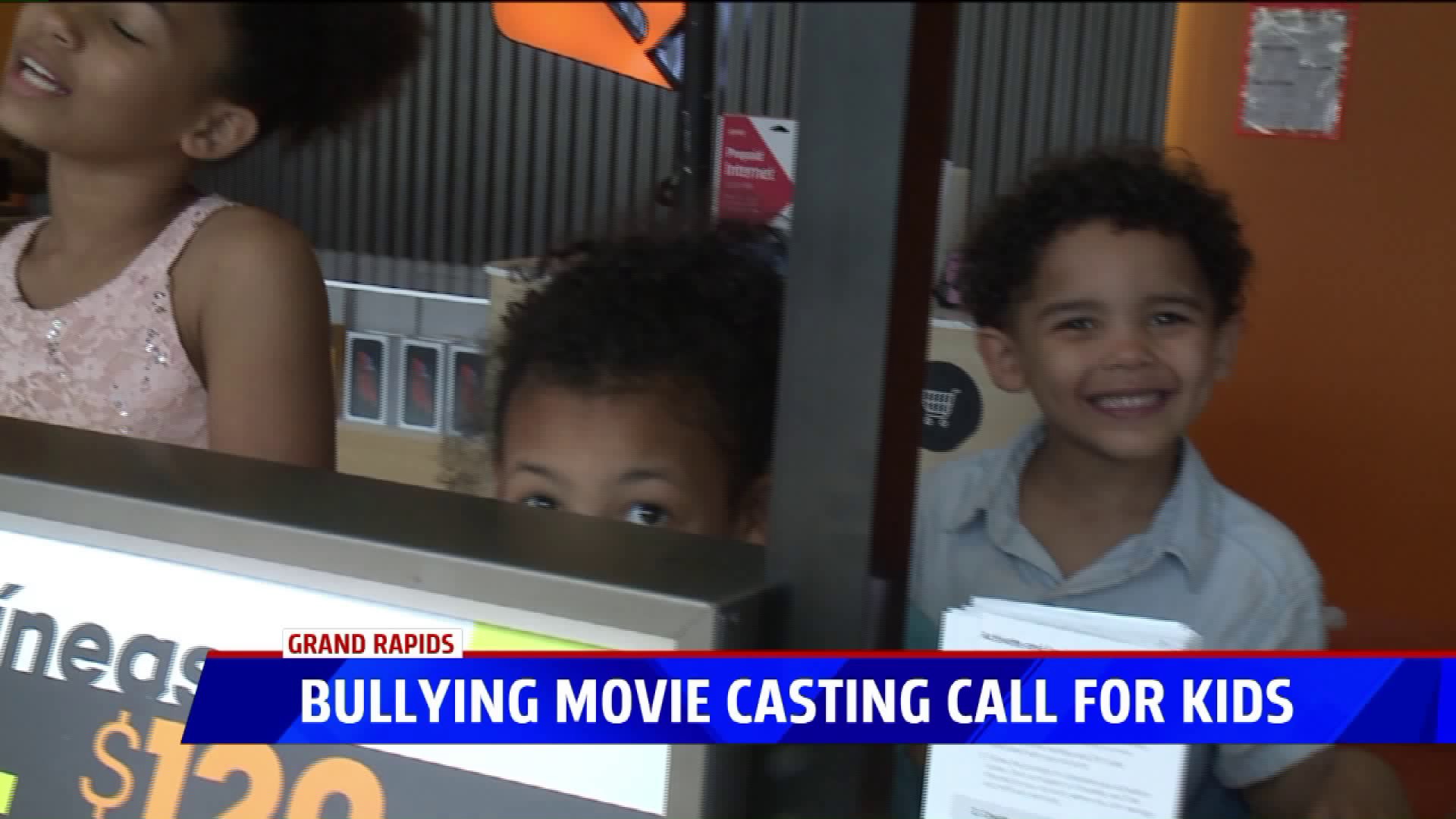 GRAND RAPIDS, Mich. -- After Michigan was ranked top ten in the country for having the worst bullying problem, a filmmaker is on a mission to produce a new film about overcoming bullying.

Filmmaker Moe McCoy held an open casting call for kids Sunday to star in his upcoming production of 'Spring Break - The Kids Movie' which is written by Andrea Taylor.

Dozens of kids came out for the auditions hoping to get a part in the movie.

"Well as a kid the greatest experience I had was at Camp Tall Turf we rode the bus there I learned how to canoe how to do archery how to sew and it just kinda helped with basic life skills every day and in the film industry," said filmmaker Moe McCoy.

"With every film I do I wanna teach a lot of basic life skills and even for young adults as well so were casting from ages 7 and up so we also wanna use young adults teenagers adults every body cause kids have parents," he said.

Filming for the movie will start on September 6, 2019 at Camp Tall Turf which is about 70 miles from Grand Rapids.