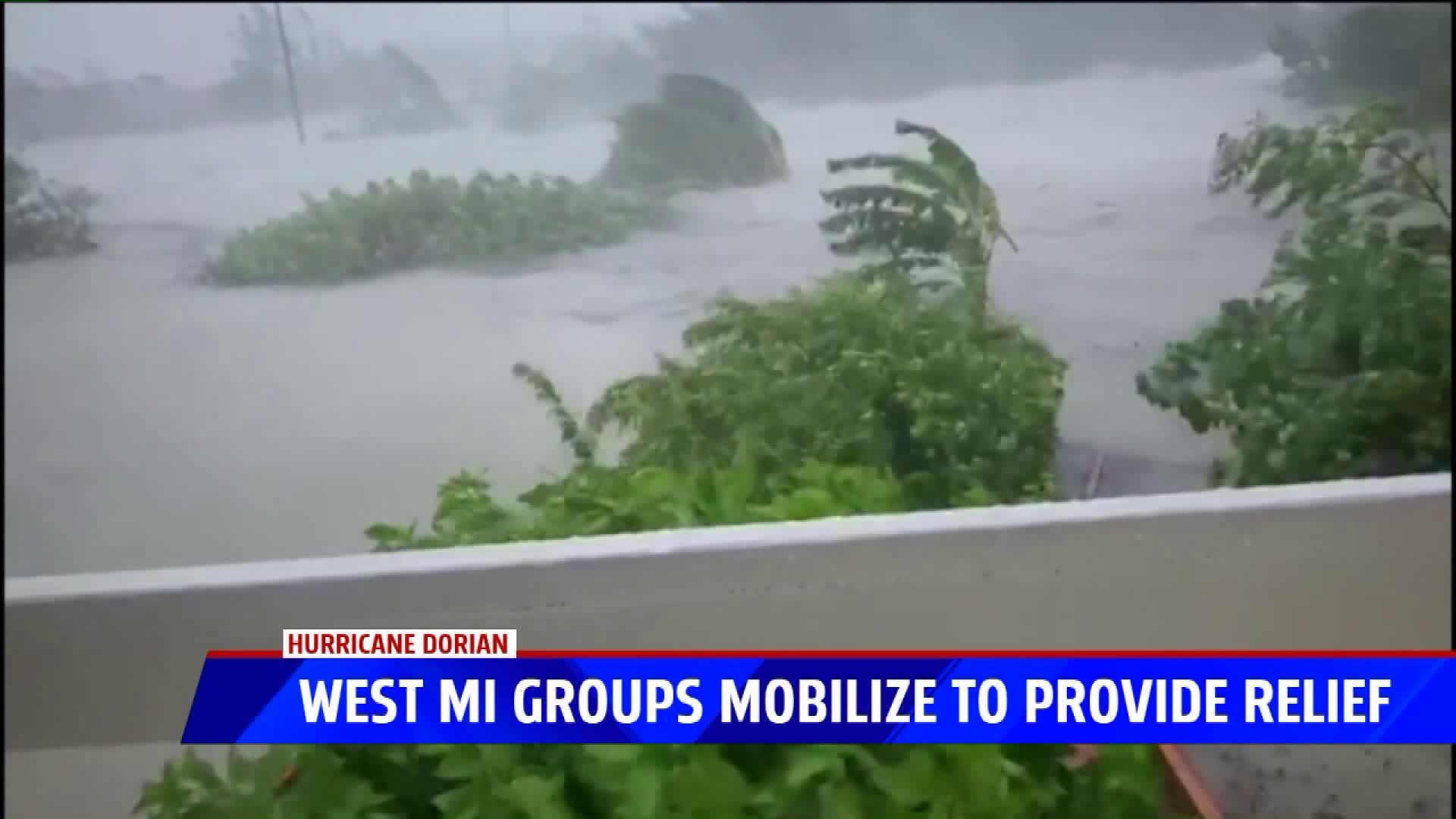 Services for those affected will come in several waves. The Red Cross already has crews in place ready to move supplies when needed. They already have over 1,600 trained volunteers in the Florida/Georgia area. A dozen of them are from Michigan.

Tiffany Page, executive director at Red Cross of West Michigan, says they focus on efficiency. “We have folks that are staged in

Florida, Georgia and North Carolina, South Carolina regions," she says,“when the storm hits, we can quickly respond to those affected.”

Dealing with the active dangers of the hurricane requires those with specialized training- this is where Task Force 1 comes in. The group was requested by the state of Florida for their expertise in urban search and rescue. "So Task Force 1 got together their members trained in urban search and rescue, got together their equipment and signed an agreement,” Dale George, a spokesperson with Michigan's emergency management and homeland security division.

Task Force 1 includes firefighters from Grand Rapids, Walker and Lansing, among other departments.  They are planning to be in Florida for nearly 2 weeks.

World Renew, n organization out of Grand Rapids, will be watching the storm as it progresses. They focus on needs post-hurricane. Bob Laarman, Executive Director of the group, says it may be 6 months before they dispatch crews to the area affected by Hurricane Dorian.

“Probably the biggest part of our work has been to send volunteers to do home repair. That's a process that doesn’t get started until people know what they’ll get from FEMA, people know who has insurance, who doesn’t. Once that gets all settled, that can be 6 months after the storm.”

To donate to World Renew's efforts, you can click here.

To donate to Red Cross of West Michigan, you can click here.