Man wanted for beating, threatening wife with a gun in Montcalm Co. 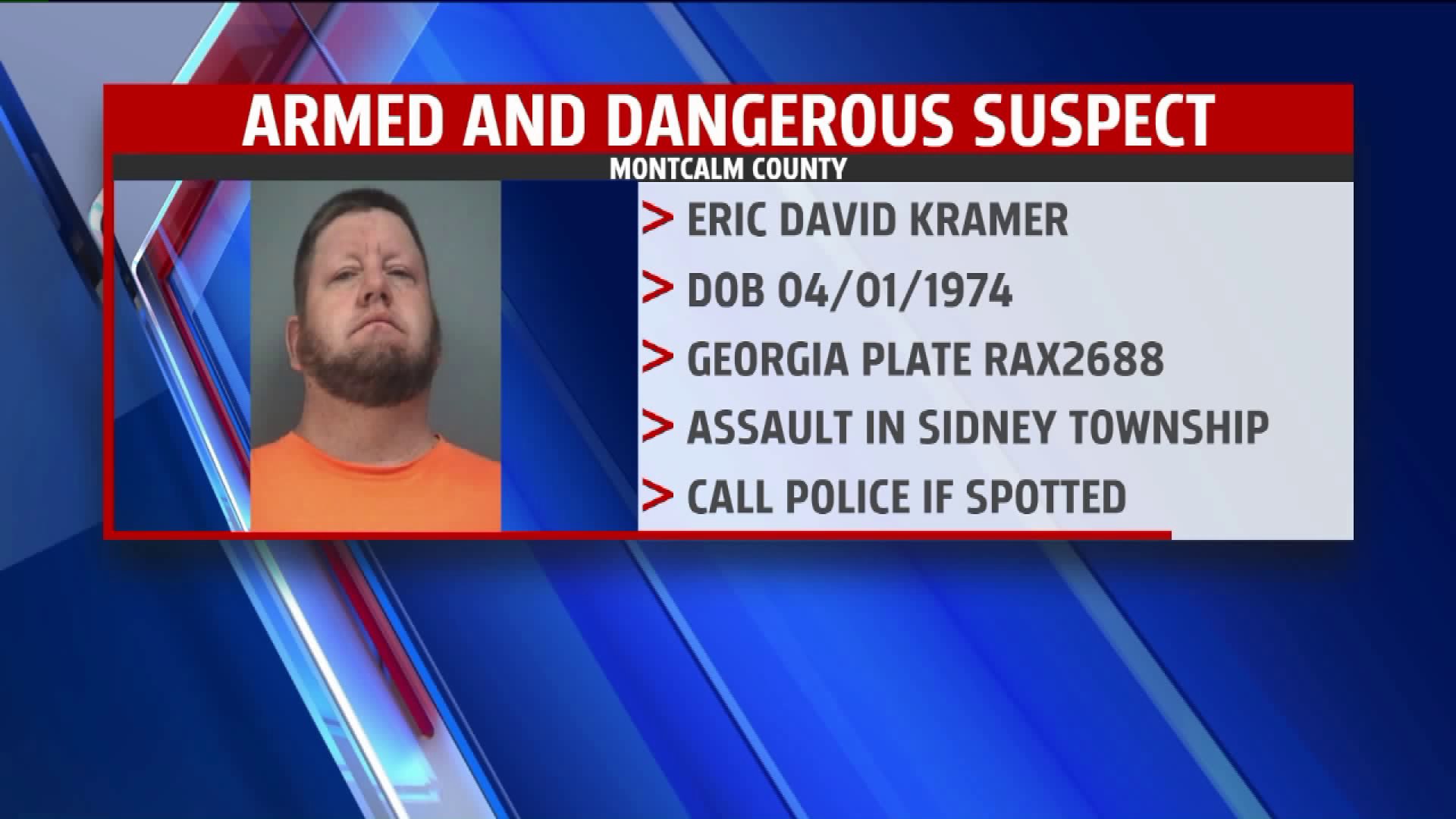 SIDNEY TOWNSHIP, Mich. — Michigan State Police are looking for a man accused of beating and threatening his wife with a gun, saying "either he or she would die tonight."

According to the MSP Lakeview Post, 45-year-old Eric David Kramer hit his wife, Jennifer Callaghan, at their home on Carlson Rd in Montcalm County. He then pointed the gun at her, threatened her, and then dragged her by her hair to her car.

After some time, both of them got out of the car and the assault continued. However, Callaghan managed to get up and back into the car and drove away. Kramer left in his car, though troopers were not able to find him.

MSP believes he is driving a white  2014 Toyota Camry with a license plate "RAX2688," with a  sheet metal union workers sticker in the back window.

State Police said he is considered to be armed and dangerous, and warned the public to be cautious if he's located.