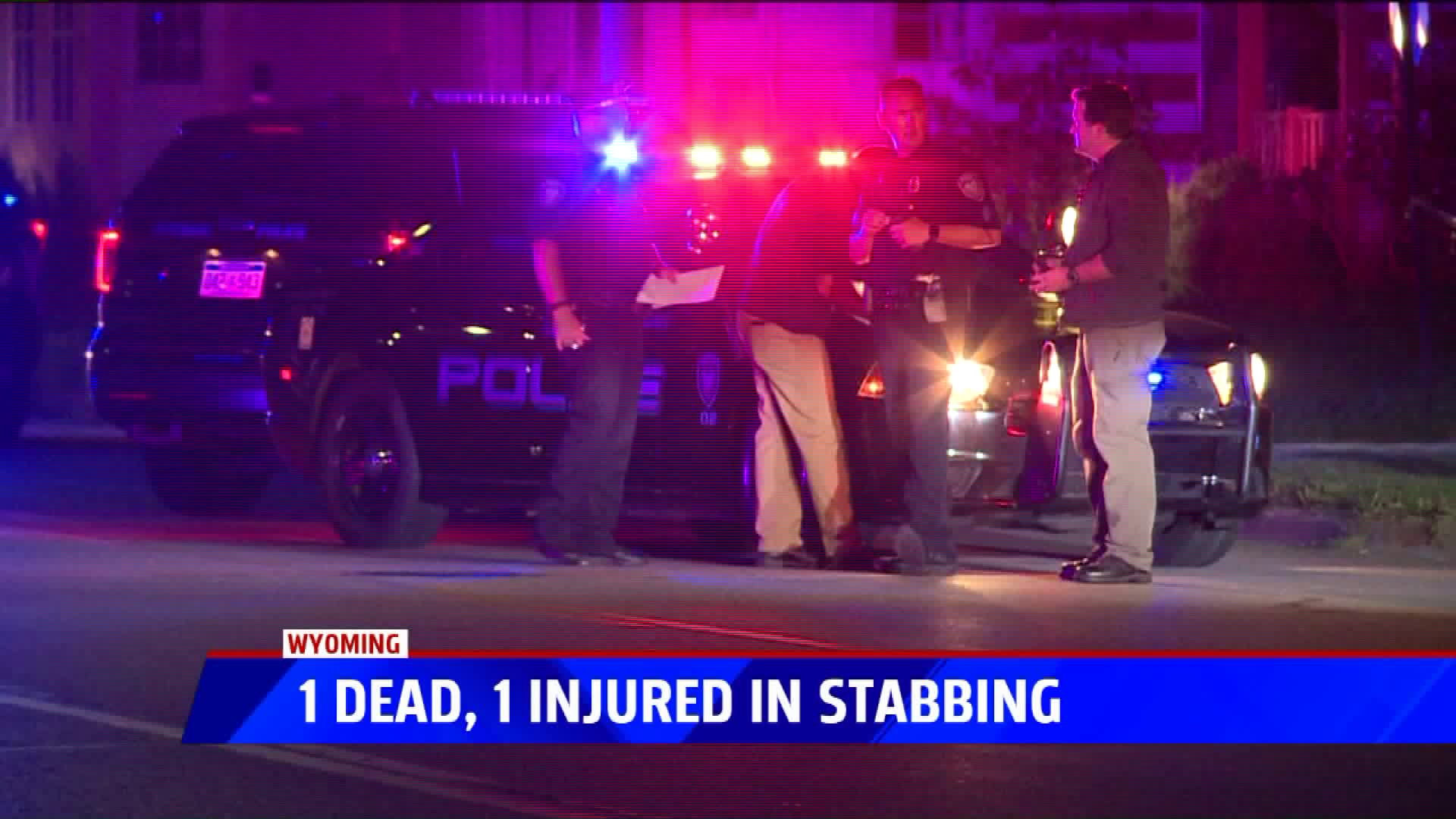 WYOMING, Mich. — One person was killed and another was hospitalized after a stabbing Tuesday night in Wyoming.

The incident happened around 10:22 p.m. on Porter Street near Meyer and Camden Avenues.

Upon arrival, officers found two people who had been stabbed. One of them was pronounced dead at the scene and the other was taken to the hospital with serious injuries.

Police said there was an argument in the front yard of a home between two people. The suspect stabbed the 37-year-old man from Grand Rapids who later died from his injuries. A second person who intervened was also stabbed and seriously hurt.

There is still no word on a suspect or a description.

If you know anything call police or Silent Observer.