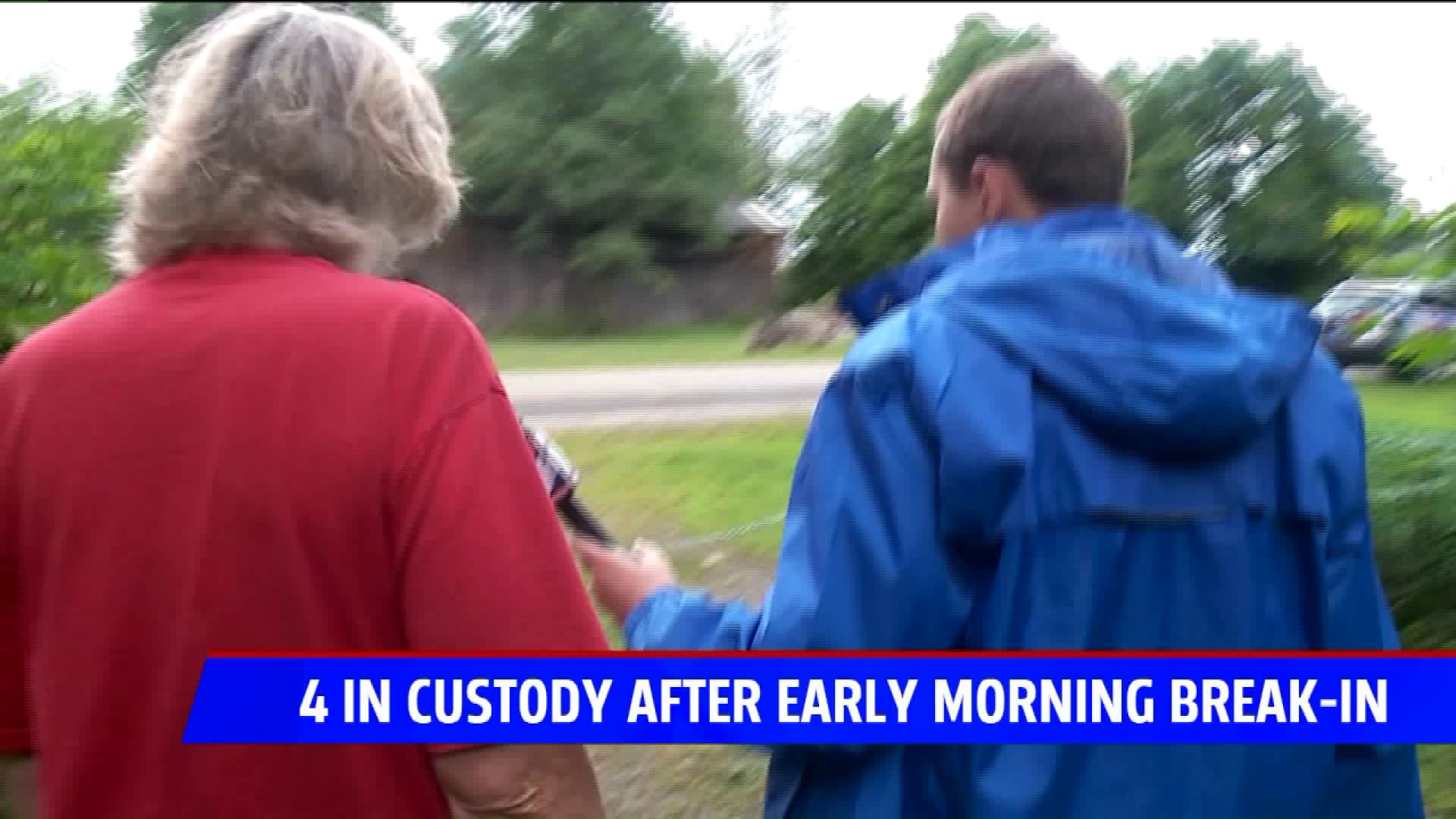 GLENN, Mich. — Four suspects are in custody in Allegan County after an early morning pursuit.

The Ottawa County Sheriff says that a witness spotted two people leaving a cellphone store on Douglas Avenue in Holland Township just before 8 a.m. A deputy spotted the suspect's vehicle and pursued it into Allegan County. The vehicle stopped on I-196 near 114th Avenue and the suspects ran from deputies.

One of the suspects entered a home in the Glenn, Michigan area. He was taken into custody.  Three more suspects were found in the area a short time later.

Investigators say that all four suspects are men from Illinois. Some stolen items and cash were recovered at the scene. The vehicle they were in was stolen from Illinois.

Investigators are working to see if the suspects are responsible for any other break-ins in West Michigan in recent weeks.  Grandville Police say that a cell phone store at 44th and Ivanrest was also broken into Tuesday morning just before 7 a.m.