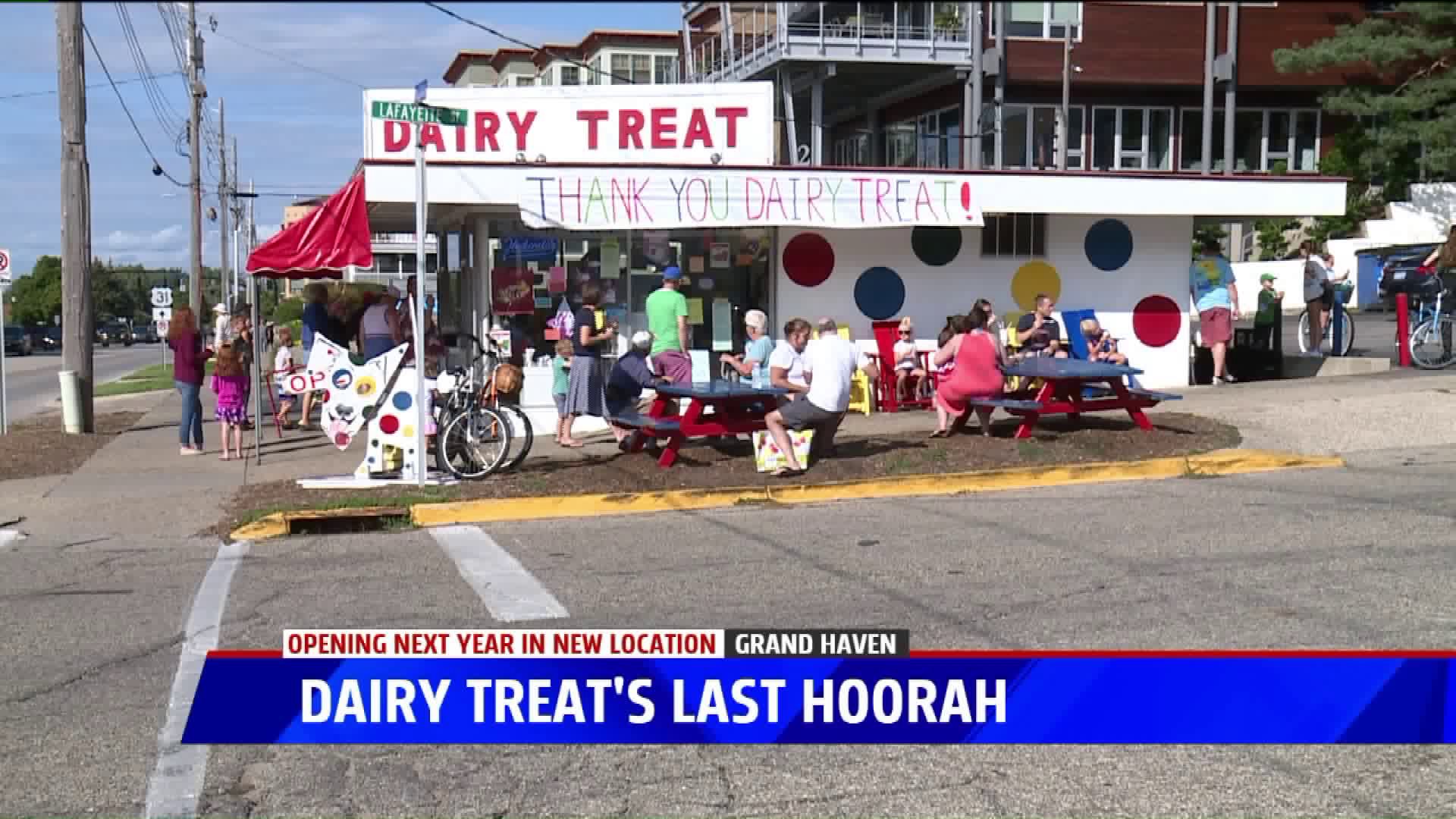 GRAND HAVEN, Mich. - A 50-year-old staple in Grand Haven is officially closed for the season. When Dairy Treat reopens, it will have a very different look.

Owners Kim and Jim Goldman served their last customers for the season on Labor Day.

"We've seen a lot of people," said Kim Goldman. "A lot of old customers, a lot of townspeople."

Goldman's parents first bought the business in 1959 and opened for their first season in 1960. She and her husband then took over in 1999. Over the years, the family business has employed around 900 teenagers, high school students and college students, including Susie Giuliano and later, her daughter Paige.

"I remember when I was a child coming down here, with my parents and working here," said Susie Giuliano. "And then Paige working here, so it's really special."

This is the last time many will be able to walk down memory lane.

The building will be demolished as part of new development project submitted by the Goldman's. Dairy Treat will be have a space on the ground floor. Condos will be built above it.

"It is a little sad," said Courtney Stahl, who also used to work at the Grand Haven staple. "We’re going to miss the polka dots and that love. But diary treat family is dairy treat family. A building doesn’t make a family."

Exact dates for the beginning and end of construction are still not clear until all the permits are finalized. Dairy Treat is expected to be open for the season next year.