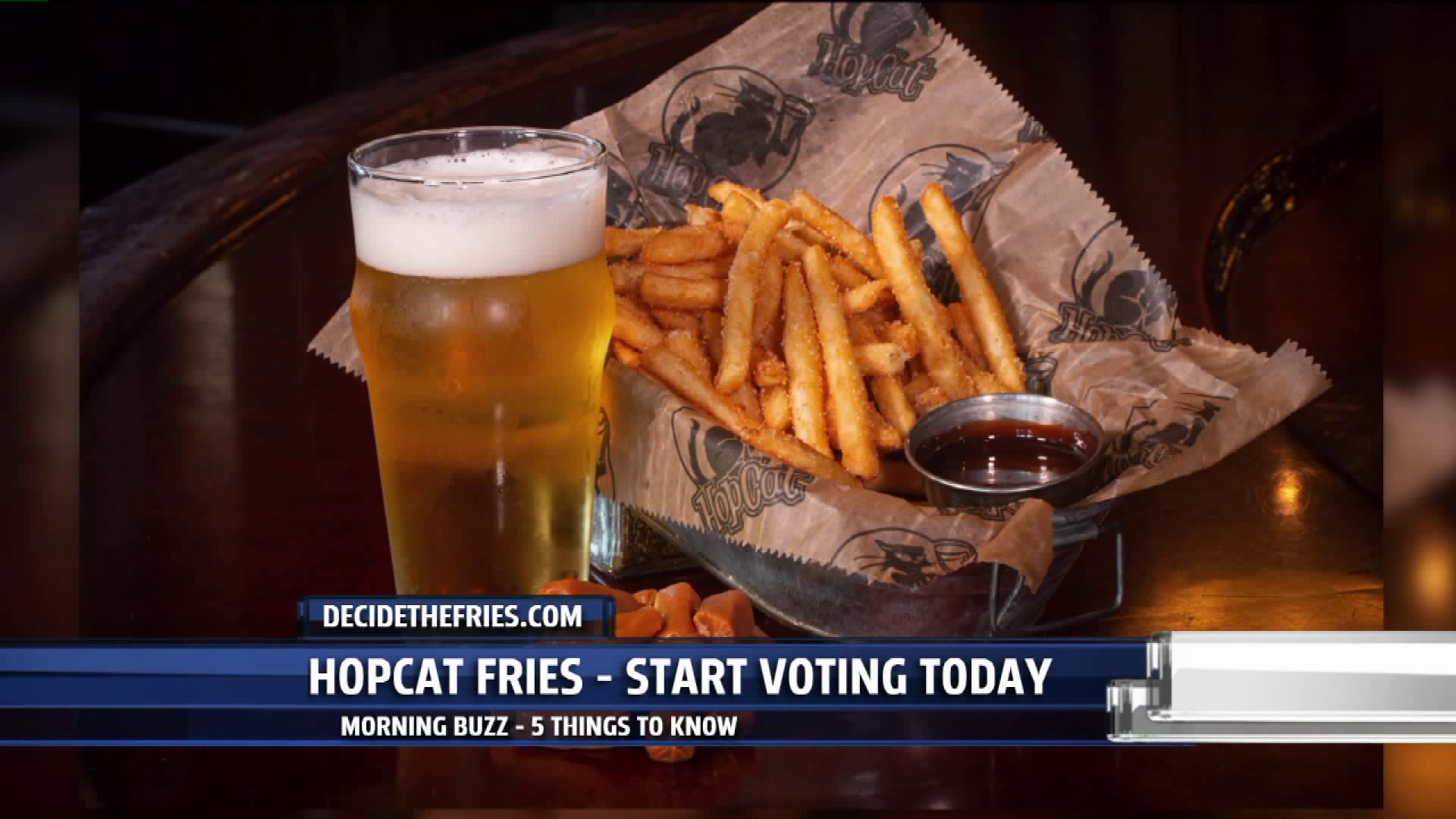 1. Robinette's corn maze creation opens to the public today, giving a nod to the 50th anniversary of the moon landing.

From a birds-eye view, the maze shows an astronaut with a little half-moon and some text on there too.

The maze will be open through November 3.

2. Starting today, Hopcat launches three new never-before-seen french fry flavors to their menu, fans are allowed to vote on their favorite one to stay on the menu permanently, joining the iconic Cosmik Fries.

Guests are allowed to vote once per day at decidethefries.com

Also, three lucky voters will be selected at random to win prizes, one of which will include the chance to become a member of the Menu Innovation Team, proving input into new menu items for 2020.

3. The Price is Right wants you to come on down to the first open casting call in Detroit in six years.

The contestant search will take place at Greektown Casino in downtown Detroit on Wednesday, September 11 from 12 to 4 p.m.

Two people from the event will be selected to fly to Los Angeles to attend a recording of the game show in the studio audience. One of those two people will hear their name called and receive a guaranteed spot on Contestants' Row.

The Price is Right is the longest-running game show in TV history, entering its 48th season.

4. A good night's sleep is apparently priceless. According to a recent survey, nearly half of Americans would actually pay for some quality shut-eye.

The survey shows 43 percent of Americans would take a 10 percent pay cut for just one night of perfect sleep.

53 percent went as far as saying they wished they could hibernate for six months to catch up on lost sleep. It also found the average person getting a full night sleep once every five days.

5. Get ready to fall in love with Krispy Kreme's pumpkin-spiced doughnuts all over again. The doughnut chain is bringing back its seasonal pumpkin spiced glazed doughnuts just in time for your post-Labor Day blues.

The pumpkin spiced glazed doughnut is filled with cheesecake cream.

To sweeten the deal, Krispy Kreme is offering a Pumpkin Spice Purchase Protection program. It's an opportunity for any customer who has been disappointed by another company's fall flavoring gone wrong to exchange it for one of the doughnut chain's Pumpkin Spice Original Glazed Doughnut for free.

Each of these pumpkin treats and the trade-in offer will only be available for a limited time, giving customers until Sunday, September 8, to get a fix.