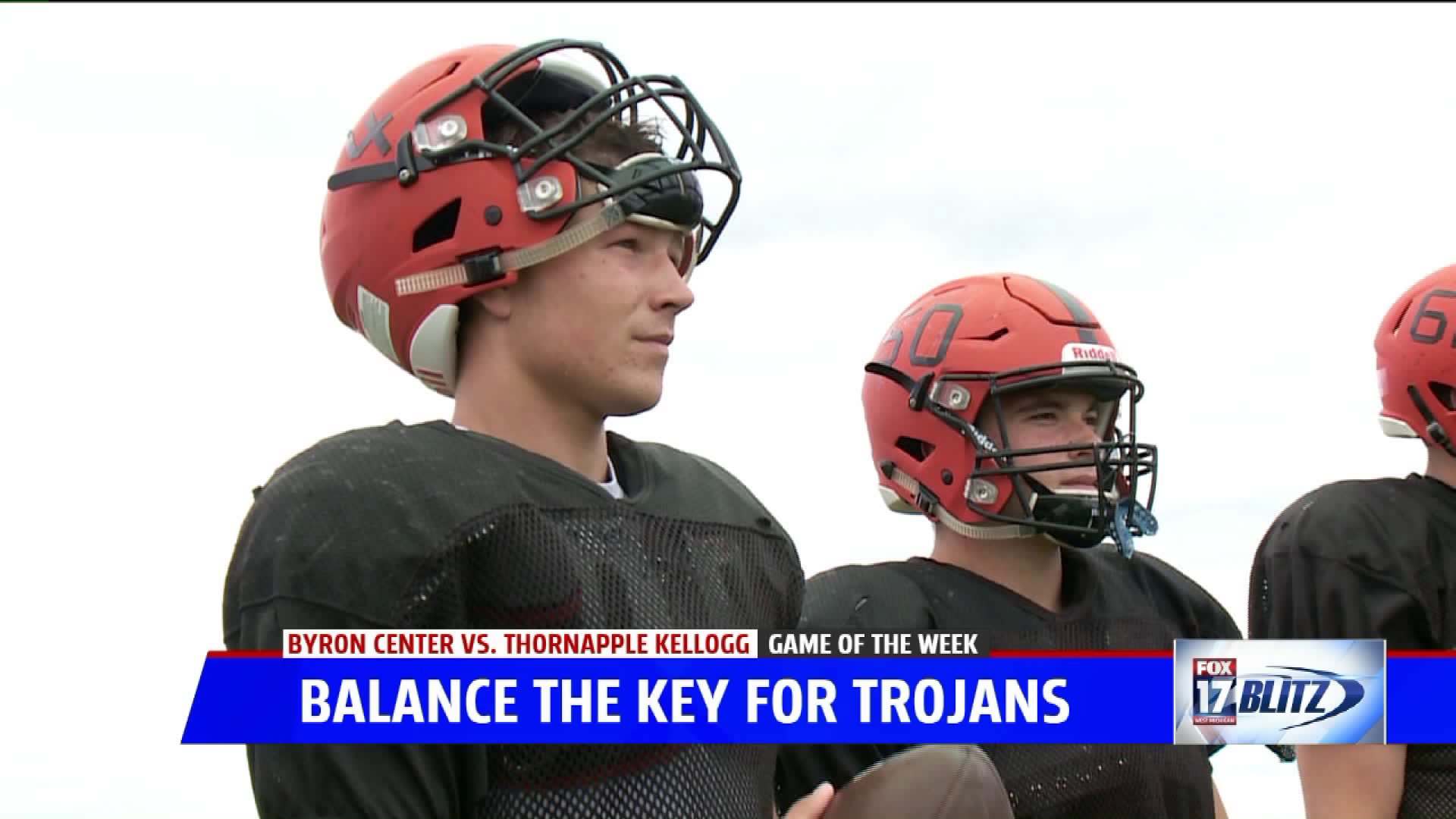 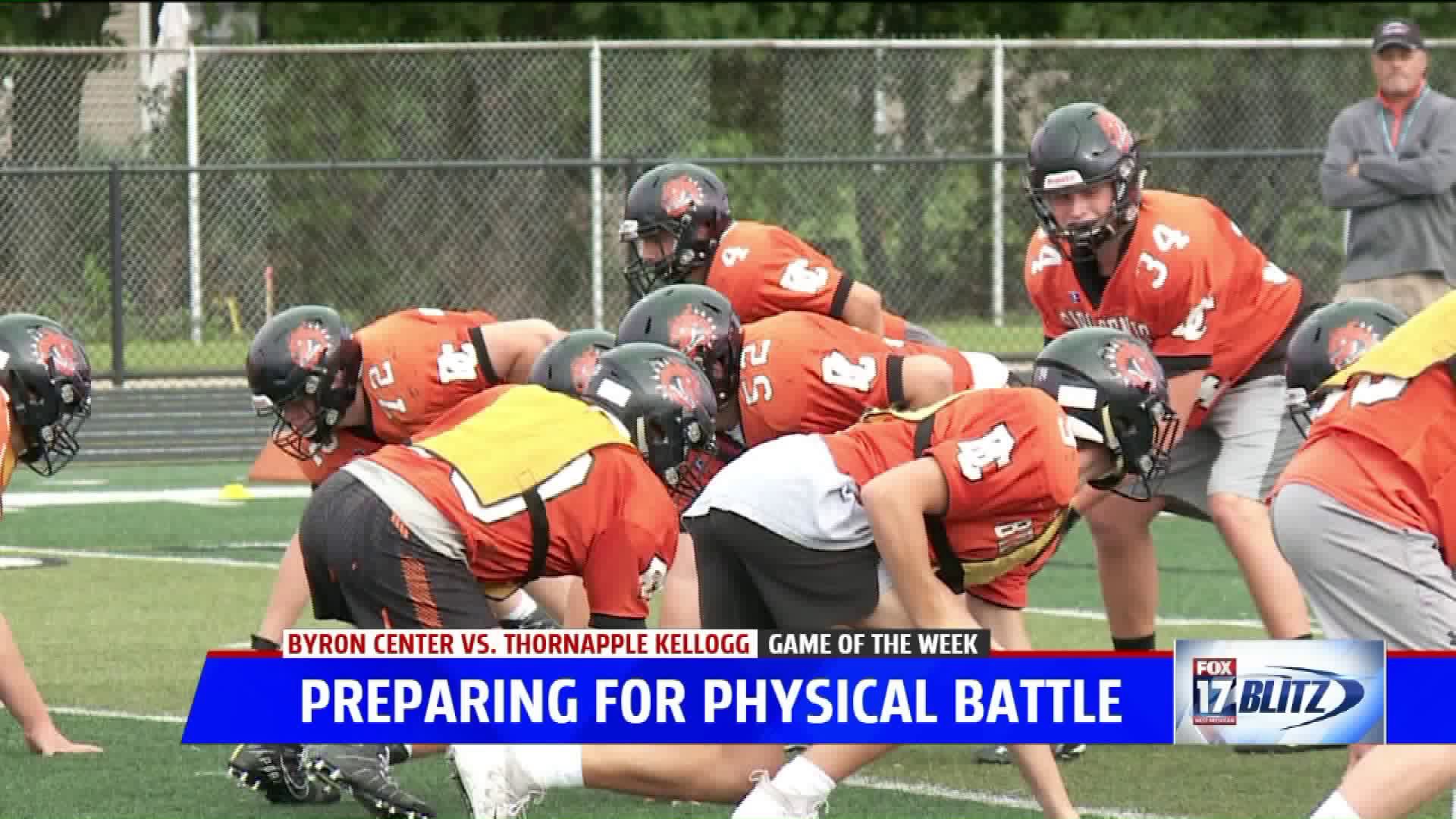 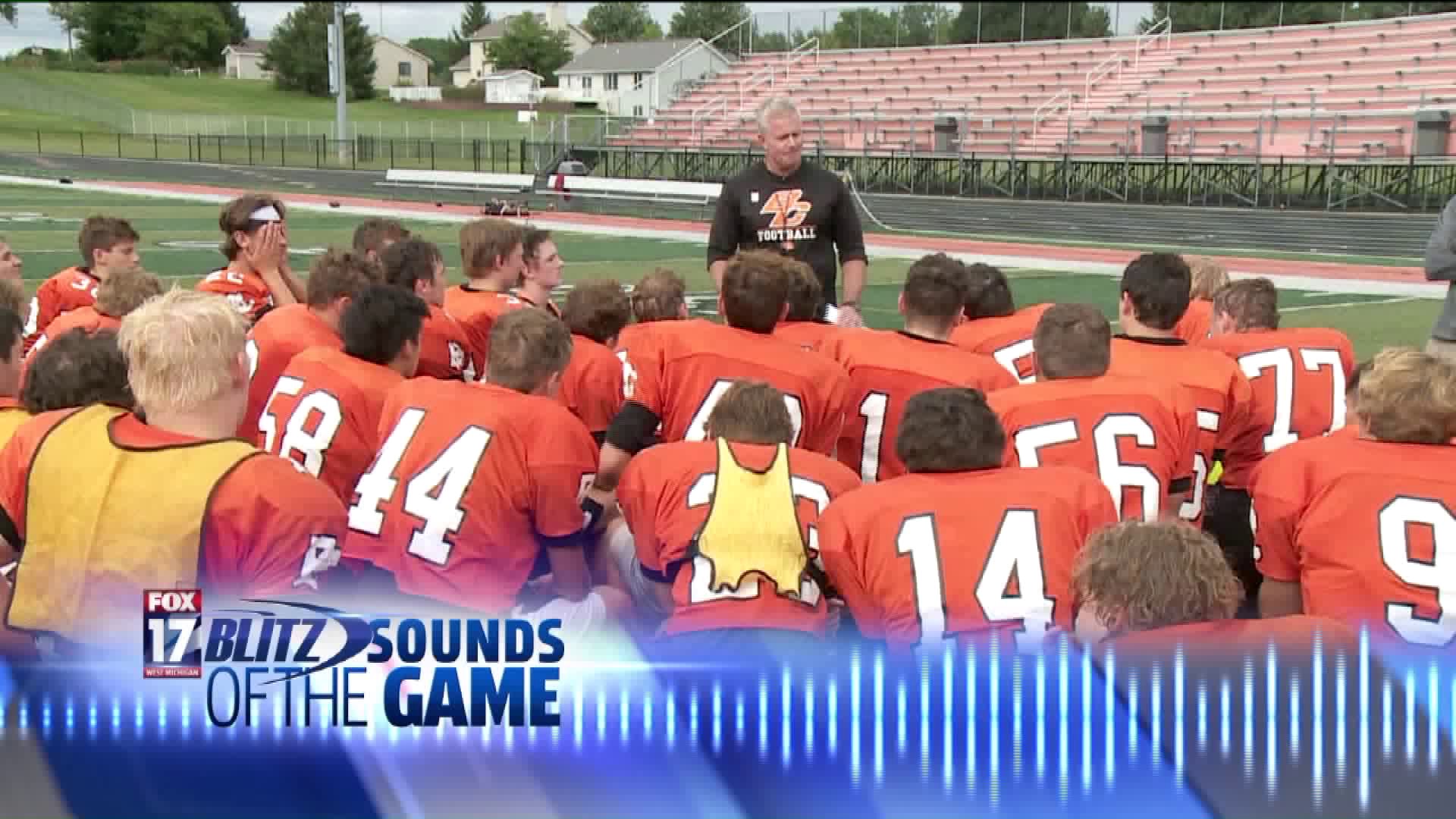 (FOX 17) — High school football is back with a full schedule of games on Friday.

GAME OF THE WEEK: BYRON CENTER AT THORNAPPLE KELLOGG

Byron Center is coming off of an impressive 42-14 win over Forest Hills Northern in week one while Thornapple Kellogg squeaked by Hastings, 41-34. This week, the Bulldogs and Trojans meet in the game of the week as they renew what has become a small town rivalry.

"It's always fun, this is an old time rivalry," Bulldogs head coach Marc Cisco said. "It's always a close game, it's always a physical game, their student section is always there really early and having a blast. Having it be a game of the week, every kid wants to have that, they don't say it out loud but they want to have that, here's their opportunity."

The Trojans run a triple option offense but threw for over 100 yards in the week one win over the Saxons. Senior quarterback Gabe Nelson found junior wide receiver Cole Shoobridge several times throughout the game as the Trojans hope to introduce a balanced offensive attack.

"Cole is an amazing receiver," Nelson added, "we're going to try to use him as much as we can, try to make it so the defenses can honor us and can't put eight people in the box and make it that much harder on us, that's what we want to do."

In the Blitz Battle, Lowell and Rockford get set for another edition of a rivalry that dates back more than 70 years to the Grand-Valley and Tri-River conferences.

The Red Arrows sport a two-quarterback system led by juniors Doak Dean and Brett Spanbauer while the Rams will be carried by senior running back Jaiden Friesen.

Both teams enter the game at 1-0 after the Red Arrows defeated Detroit Loyola, 19-6 in week one while the Rams beat Grand Rapids Christian, 24-14, in the week one game of the week.