Motorcyclist airlifted after crash with deer in Allegan Co. 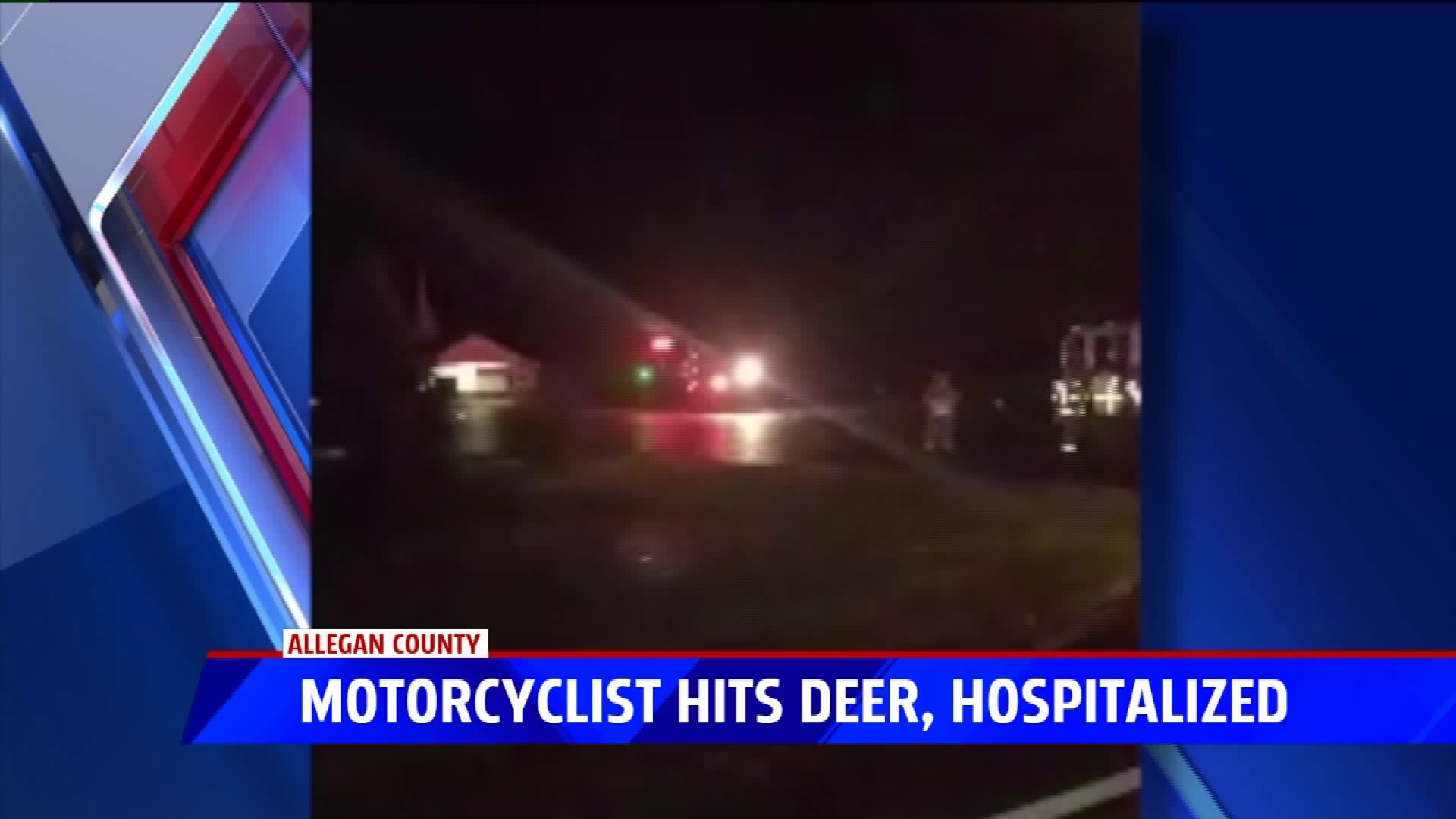 It happened just before 3:15 a.m. at the intersection of M-40 and 41st Street in Heath Township of Allegan County.

Deputies with the Allegan County Sheriff's Office say the driver, a 39-year-old man, collided with a deer on his way to work.

He was thrown from his motorcycle and suffered serious head injuries. Deputies say the motorcyclist was not wearing a helmet.

The driver was airlifted by AeroMed to a nearby hospital and was alert when he was taken.