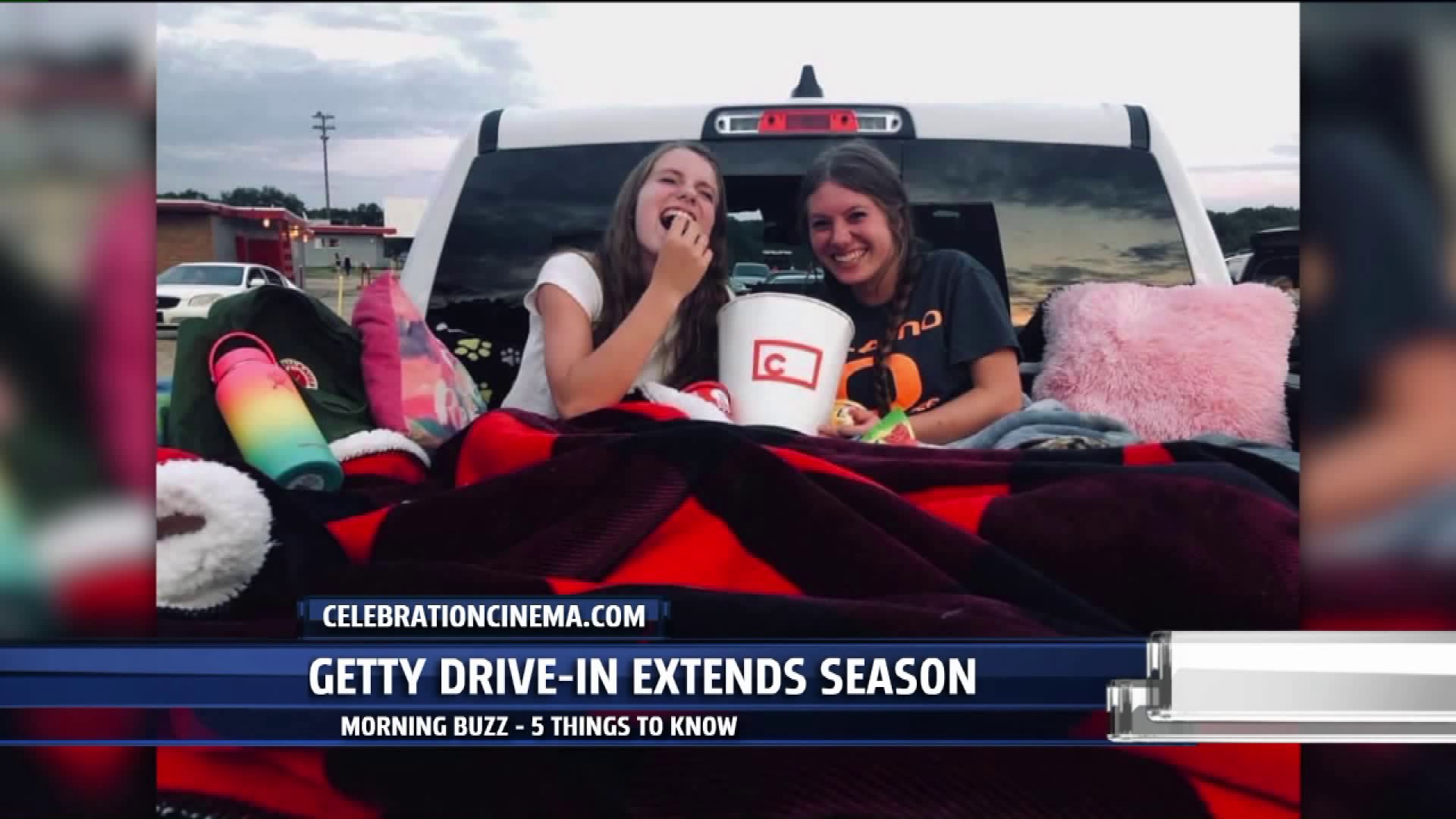 1. Individual tickets for the much-anticipated Broadway tour of "The Lion King" go on sale today.

The North American touring productions of "The Lion King" have been seen by more than 20 million theatergoers in more than 80 cities. It'll be making its premiere here in Grand Rapids.

2. Some West Michigan culinary students took first place in a national championship back in August. It was at the American Culinary Federation Knowledge Bowl in Orlando, Florida.

Four students with the Culinary Institute of Michigan in Muskegon took part, answering questions ranging from baking to nutrition, and culinary math. It was the school's first victory in the national competition.

Baker College says the team never lost a round.

3. The Getty Drive-In in Muskegon is extending its season. It would normally be closed after Labor Day, but they've extended the season, showing classic movies through the end of October.

Films like "Back To The Future" and "Indiana Jones" will air Friday and Saturday nights, beginning September 20. It will wrap up on October 26, with the "Halloween At The Getty" event.

4. The Grand Rapids Griffins are going prehistoric this upcoming season.

The team unveiled these New Jerseys on Twitter this week, following its contest giving fans a chance to design one for it's 90's Theme Night Game.

119 different entries were submitted, and they picked a Jurassic Park design.

The team will only wear them once when they host 90's Night on February 22, when they play the San Antonia Rampage.

Grandpa Joe's Candy Shop is selling the odd dessert. It's a thin slice of pickle inside of a classic Oreo sandwich cookie, then it's dipped and covered in chocolate.

The owner says the taste of pickle is not "overpowering."

The size of the pickle is just small enough to add a bit of saltiness and a little acidic punch to the Oreo.