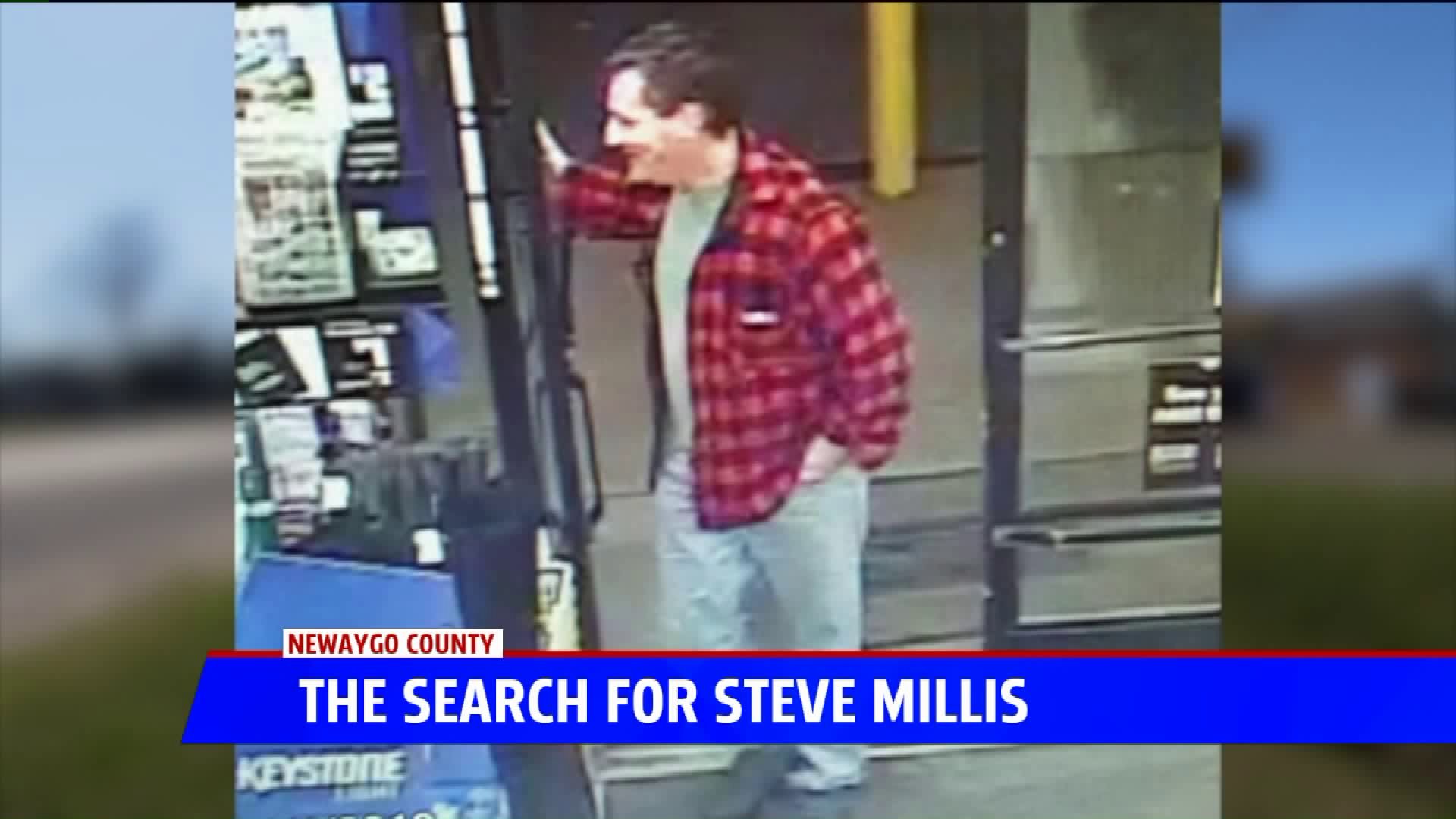 HESPERIA, Mich. — Her father has been missing for eight months, but a Newaygo County woman says she’s not giving up her search.

Steve Millis’s daughter Amber Babcock believes he was murdered, but she’s hoping someone out there can at least bring the family closure by finding his body.

The last time he was seen he was wearing blue jeans and a red flannel, which Babcock believes could be the key to finding his body and whoever is responsible.

Millis was last seen Jan. 4 at a Dollar General in Hesperia where his car was abandoned in the parking lot. It is believed that he went into the store, but what happened next is still unclear.

“Really we’re just trying to determine still where did this happen and then where did they leave him,” Babcock said.

She believes there was a fight, he was killed and his body was then stashed in the woods or lake nearby.

“A person of interest he told several people, family members and friends that after they killed my dad they tied bricks to him and put him in water,” Babcock said. “… But we don’t know for positive that that happened So maybe they just left him in the woods, maybe they didn’t go as far as to put him in water.”

Investigators recently scoured several lakes in the Oceana and Newaygo counties for a shred of evidence or Millis’ remains, but came up empty-handed.

Babcock is hoping someone spots what she believes may be left of her father: those blue jeans and red flannel.

With hunting season nearly underway she wants everyone to be on the lookout, once winter comes there may not be enough evidence to close Millis’s case and charge those involved.

Anyone who sees anything or has information on his whereabouts is asked to call the Newaygo County Sheriff’s Office at 231-689-7303.