Why Muskegon County could help decide 2020 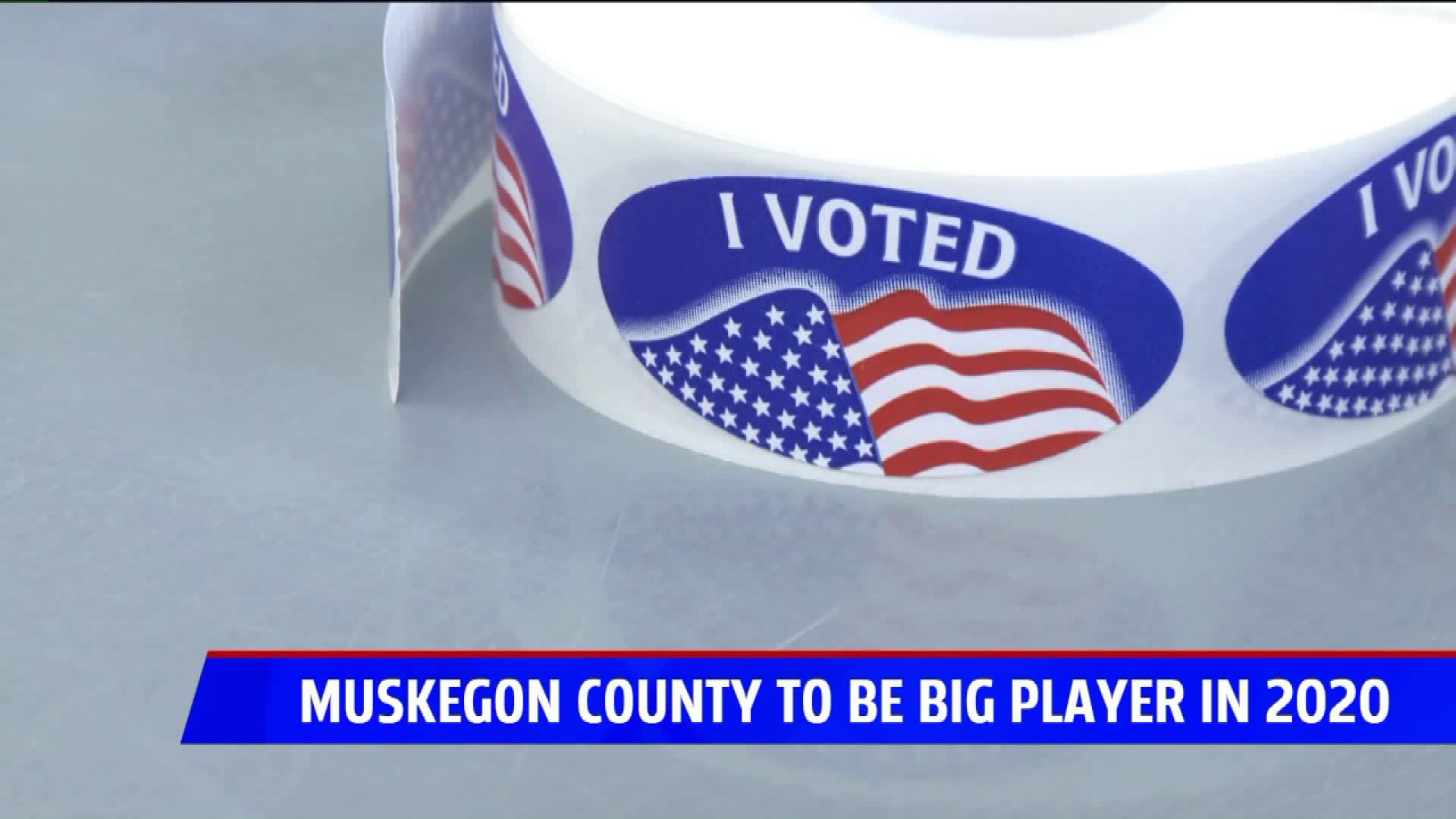 MUSKEGON, Mich. — Shifting party loyalties and an assembly of various demographics in Muskegon County could indicate how the rest of the country will vote in 2020.

This week, national political newspaper The Hill named Muskegon County as one of 10 counties in the country that will be pivotal for the upcoming presidential election.

“The county really has everything in it," Calvin University professor Doug Koopman said.

Muskegon County has voted Democratic in every presidential election since 1992. However, that trend came close to ending when Hillary Clinton won the county by only 1,177 votes in 2016.

Koopman said it goes deeper than that.

“So you have one group, the labor union shifting towards Trump and the Republicans and the other group, sort of the upper middle class suburbanites who are shifting toward the Democratic party," Koopman said.

State Rep. Terry Sabo, D-Muskegon, said those frustrated union workers are at the top of his mind.

“I don’t believe that we’re getting the right message out there," Sabo said. "I think that we need to make sure that the folks in those rural areas know what’s going on and what’s not going on.”

When Sabo saw The Hill's report, he had mixed feelings.

“In a sense, I was kind of surprised that little ol' Muskegon County made the list of 10 across the country," Sabo said. "But then again, I’m not when I see what’s been happening in the county, especially in the rural areas of the county.”

Former State Rep. Holly Hughes, R-Montague, said the playing power of Muskegon County is nothing new. She recalls the night of the 2000 presidential election, when she got a call from then-Gov. George W. Bush's campaign staff in Florida.

“They felt that Muskegon County was an indicator of whether Michigan was going to go from George W. Bush or not," Hughes said. “Muskegon County’s been a bellwether county for a very long time.”

Hughes said the even divide of ideology makes the county one to watch.

"A third votes Democrat and a third votes Republican and then we fight for the middle," Hughes said.

Koopman said Sen. Elizabeth Warren could pick up support with suburban women who may be turned off by President Donald Trump's rhetoric.

“She is older, white, non-threatening, so traditional in a couple of ways," Koopman said. "She used to be a Republican. She used to be an academic. She has a lot of energy.”

Still, Koopman said if he were a candidate, he'd put more of his focus on cities with larger populations.

“I wouldn’t put Muskegon at the top of my list if I were a candidate, either a Republican candidate or a Democratic candidate," Koopman said. "I would be in Grand Rapids. I would probably be in Kentwood. I would be outside of Lansing. I would be near Kalamazoo. I would be around Portage and places like that.”