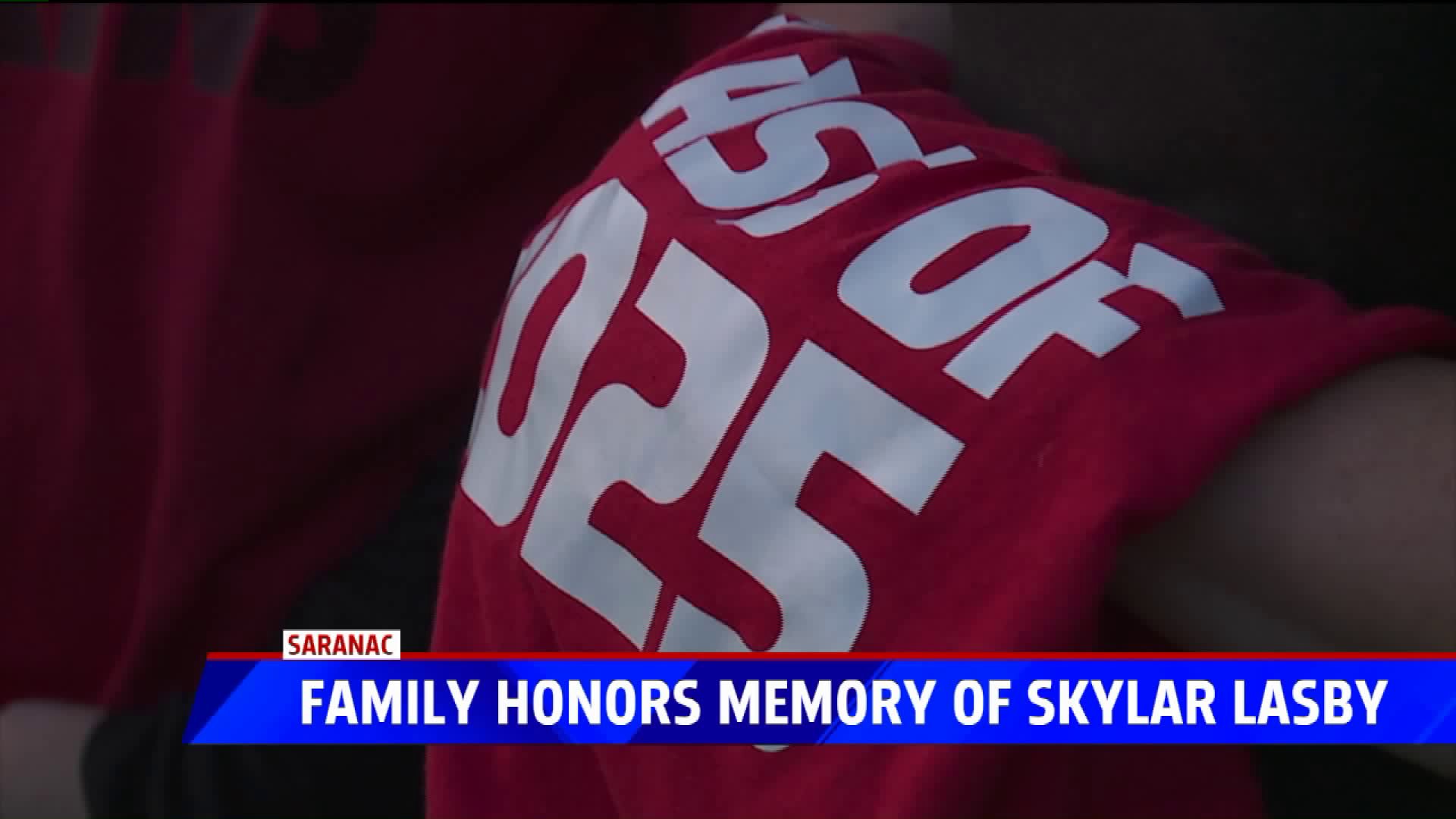 SARANAC, Mich. — The Lasby family continues to work through their grief, days after they buried 12-year-old Skylar Lasby.

The Saranac middle-schooler died while practicing with his youth football team in Saranac last Wednesday.

Despite their own grief, the Lasbys went to Saranac Middle School on Friday to make themselves available to students who wanted to talk about the loss.

On Friday, Skylar's father also reflected on how his family is coping with the loss.

"Right now, our biggest thing for us is to just regroup, relax a bit," said Scott Lasby.

Lasby and his wife, Rhonda, are focused on caring for their other children.

Skylar was one of nine. Along with three of their own biological children, the Lasby's adopted five. They are currently in the process of adopting their sixth child.

Skylar and his two brothers were first adopted in 2011.

"Skylar and his brothers were (adopted) on National Adoption Day," Scott Lasby said. "They were part of a celebration. They were part of the first adoption to ever take place at the Michigan Supreme Court."

When Skylar was first adopted, his family worked intensively with the boys as they adjusted.

"He really had a lot of trauma issues," Scott Lasby said. "A lot of people don't realize how hard it is on these kids when things like that go through. They had really rough times."

Between therapy and love, Skylar began to progress. He became an avid football player and loved to fish. He befriended many throughout the community and also a strong support for his other siblings.

"He made a lot of progress," said Scott Lasby. "We had nothing but bright futures for him."

The family continues to rely on the support from the community, saying it's "unbelievable."