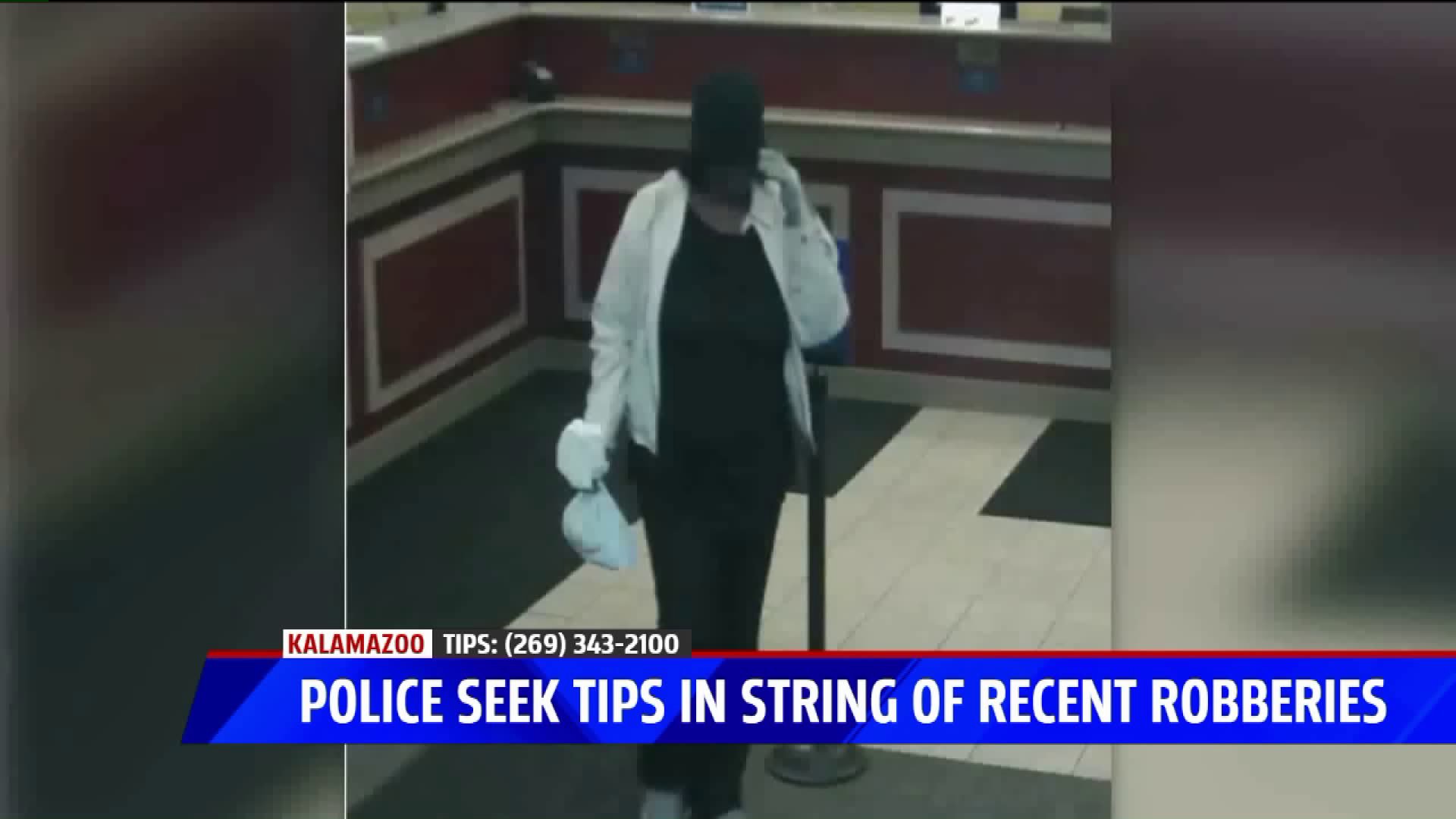 KALAMAZOO, Mich. — Kalamazoo Public Safety is actively investigating a sudden spike in robberies in the area, said Executive Lt. Craig Habel. Since May, there’s been six robberies and so far police are working a small list of leads.

“That’s been one of the issues,” Habel said during an interview with FOX 17 at headquarters. “We haven’t gotten many leads on this. But the ones we have, we’re currently working and have worked on.”

Police are looking for two seperate suspects, one being a black female who they believe is connected to four robberies.

Habel said she robbed the Fifth Thirds Bank on Portage Road on Thursday for the second time in weeks. She first robbed them on Aug. 16.

Police also believe she’s the suspect behind the Aug. 19 robbery at the Advia Credit Union on West Main Street, a place she allegedly attempted to rob again on Thursday.

All four incidents were non-violent, he said.

“Doesn’t talk about a weapon, doesn’t display weapon,” Habel said. “At one point (she) was described by a bank personnel as being friendly,  just basically asking for money.”

Habel said police are still looking for the male suspect who robbed the Omni Credit Union on East Cork Street on Aug. 27. He walked in armed and demanded everyone get on the floor.

A composite sketch of a suspect in the armed robbery of Omni Credit Union in Kalamazoo, Mich.

“(He) fired two rounds while inside the bank,” Habel said. “Luckily not hitting anybody. No one was injured and then left with an undisclosed amount of money.”

KDPS stated in a release that Omni is now offering a $10,000 reward for anyone who provides information that leads to an arrest and a conviction.

Police are hoping that will encourage people to speak out about what happened.

“Just a little piece of the pie might be able to answer a lot of questions for us,” Habel said.