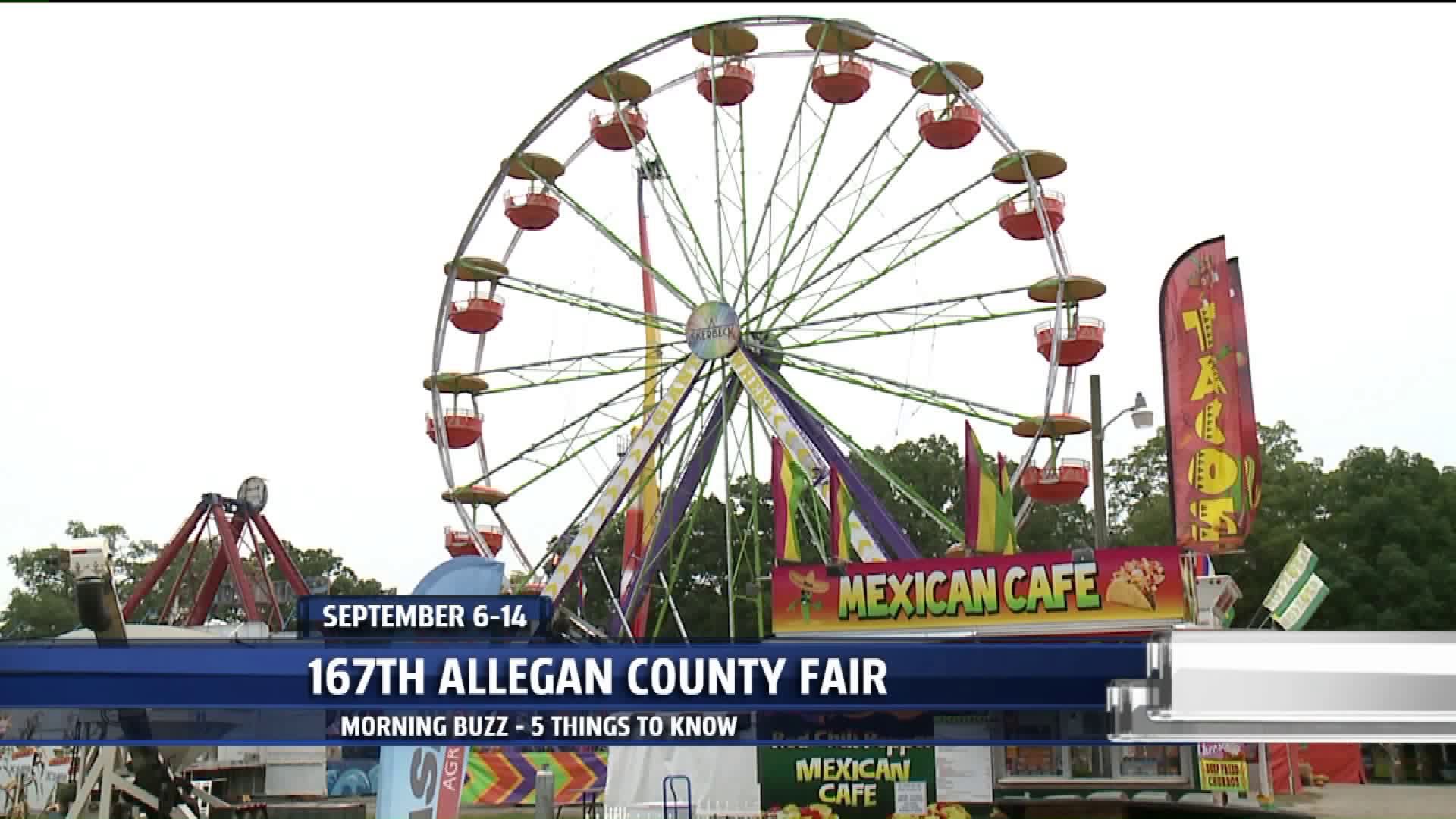 1. A multi-million dollar hotel in downtown Grand Rapids will finally be opening today.

The 12-story, 160-room hotel is the second Hyatt in the city, just located off Ottawa Avenue.

The general manager says the development has been in the works for the past five years. Although the hotel had its soft opening since August 13, today is the official grand opening.

Room prices start at around $180, which they say is lower than many of their competitors in the same area.

2. New research revealing all the things Americans would rather do than be kept on hold with a customer service agent.

Analysts found three in ten people would rather watch paint dry than remain on hold. 39 percent would choose to wait for a pot of water to boil, while 32 percent would give up intimacy with their partner.

The study also found close to 50 percent of the participants hated having their call transferred multiple times.

3. If you are looking for something fun for the whole family, the 167th annual Allegan County Fair kicks off today.

It's all happening at the Allegan County Fairgrounds and features a ton of rides, food, animals, a demolition derby and more.

Sunday is Family Day and a carload of people can get in for just $15.

There will also be free admission for kids on Monday and adults get in for just $7 each.

Some big acts are also coming, including Little Big Town and Dan & Shay.

It all runs through next Saturday.

4. A West Michigan woman is celebrating her 90th birthday, taking a bird's eye view to soak it all in.

Betty Young has had the chance to enjoy a lot of things in her 90-years, and that includes flying.

She's been doing it for decades and marked her special birthday with a flight from Battle Creek to Jackson all on her own, and she even got a surprise upon her safe landing.

Hugs and birthday cards from family and friends and Betty also got to enjoy some chocolate cake.

5. Central Perk is going on tour, or at least the famous couch is. Replicas of the famous orange couch from "Friends" will be popping up, all in honor of the 25th anniversary of the show.

The couches will make an appearance in cities like New York, Chicago, and Los Angeles.

Fun Fact: one of the show's set decorators found the original couch in a storage area in the Warner Brothers lot, but says he had no idea where it originally came from.