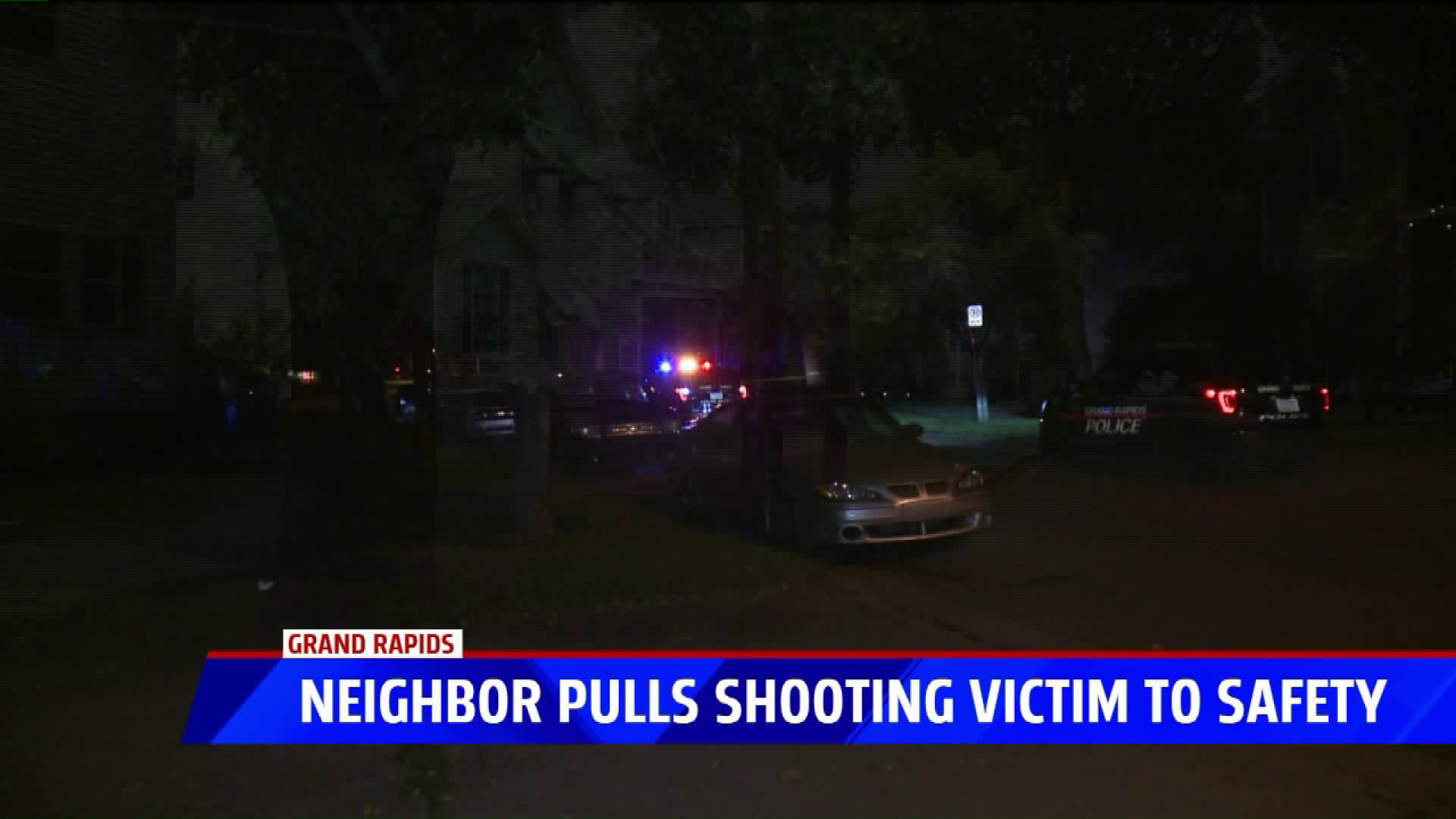 GRAND RAPIDS, Mich. — A group of neighbors came to the rescue of a man who was shot in the leg Thursday night in Grand Rapids.

The shooting happed around 9:30 p.m. on the corner of Lincoln Avenue and 11th Street in what the people who live nearby describe as a safe and quiet neighborhood.

Gary Mavis, who lives near the intersection, said he heard three shots from his home.

“We moved into this neighborhood because it was supposed to be a nicer part of town,” Mavis said. “For this to happen less than a year of living here, just ya know, kind of irritating.”

A few houses down, another neighbor heard cries for help.

"Someone got shot right here and came up to my porch, literally we dragged him up in the house," said Robert, who didn’t want to use his last name.

Robert said he knew the victim but didn’t know what led up to him being shot in the leg.

"We didn't see nobody else out here like it was just I don't know if it was an argument or what," he said.

Regardless, he was glad he was there to help someone.

The victim is now recovering, and the neighborhood is hoping someone can come forward with information that will lead to an arrest.

"We would like someone to come forward and make sure that we don't have to worry about our safety," Mavis said.