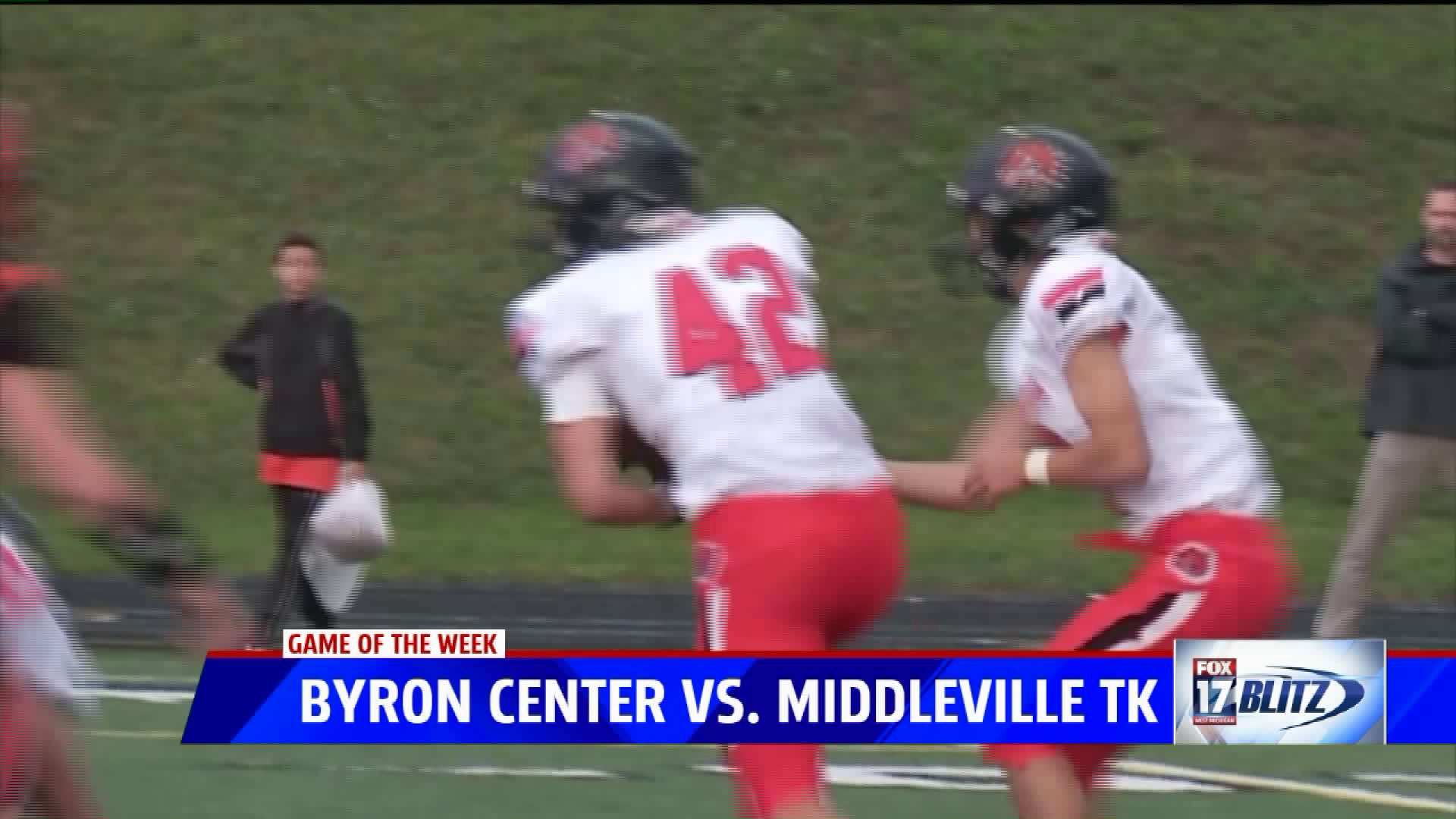 THORNAPPLE TOWNSHIP, Mich. — Austin VanderMarkt left his fingerprints all over Byron Center’s impressive victory on the road at Thornapple Kellogg.

The senior quarterback accounted for three touchdowns and handled the team’s kicking and punting duties in a 33-14 win.

Despite VanderMarkt’s domination, the game’s first score was set up by the Bulldogs’ defense when it recovered a fumble on Thornapple Kellogg’s 18-yard line.

After a couple exchanged punts, the Trojans tied up the game 7-7 on a 43-yard bomb from senior quarterback Gabe Nelson to junior wide receiver Cole Shoobridge.

Byron Center regained possession with about a minute to go in the first quarter, but didn’t let the clock tick down to zero without any action — instead taking the ball 80 yards in three plays, finished off with a 60-yard touchdown reception by junior Justin Walter to make the score 14-7.

The Bulldogs’ offense dominated the entire second quarter by keeping Thornapple Kellogg’s off the field with a 16-play, 78-yard drive that took 8:30 off the clock.

Byron Center kept the drive alive with multiple third and fourth down conversions, and finally found the endzone on a 4-yard scamper by VanderMarkt. An unsuccessful two-point conversion left the score at 20-7 at halftime.

Thornapple Kellogg came out of the halftime break and marched down the field to bring the score to 20-14 on a touchdown run by Nelson.

Neither offense could get much going after that until the Bulldogs’ special teams broke them out of a lull by blocking a punt deep in Thornapple Kellogg territory and recovering in the end zone. VanderMarkt’s successful PAT opened up a 27-14 lead with 10:36 to go in the fourth.

The remainder of the quarter was primarily dominated by the defenses until Byron Center put the game away on a 2-yard touchdown run by VanderMarkt.