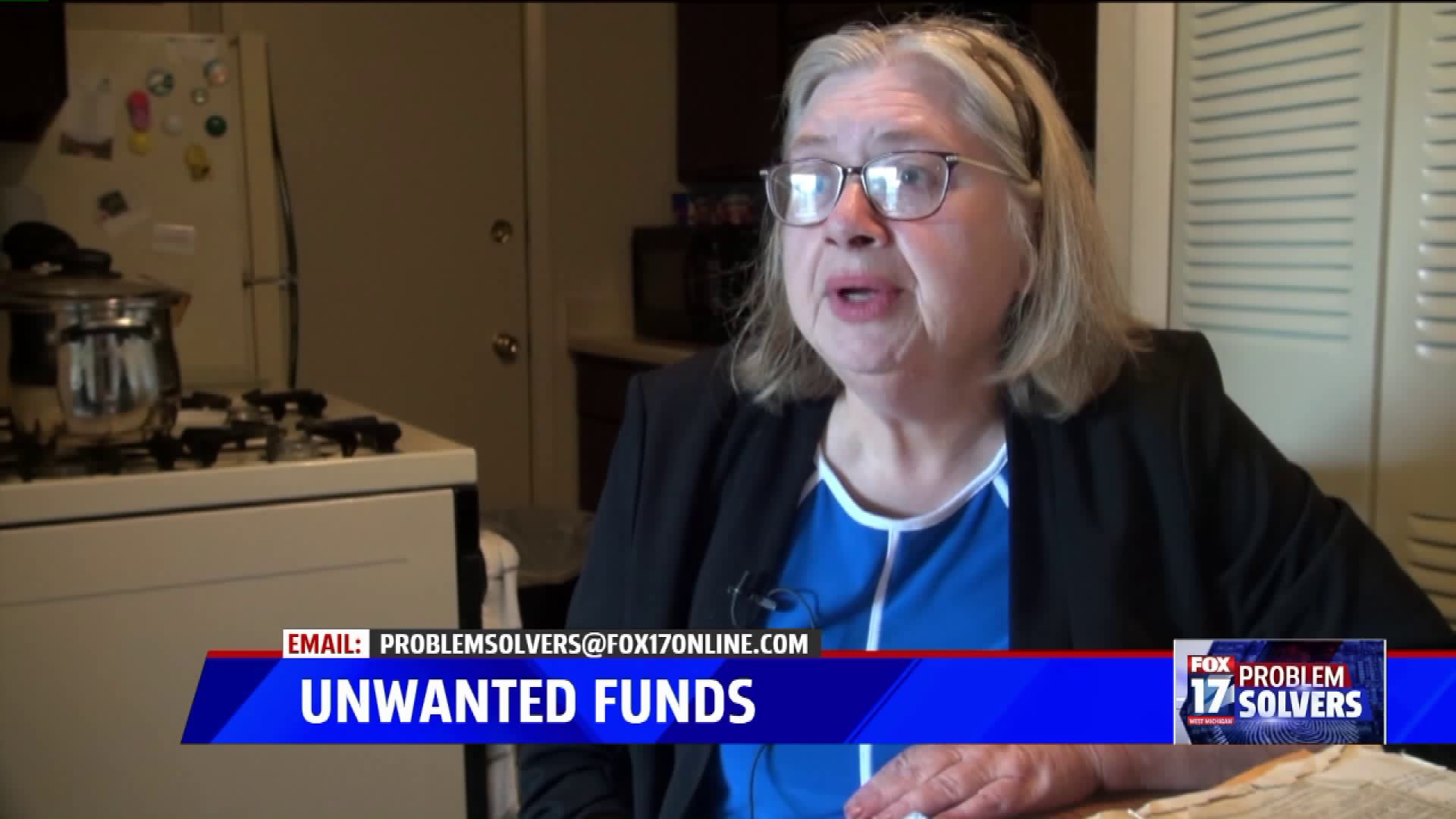 GRAND RAPIDS, Mich. -- The Problem Solvers usually try to help people get money back, but in Karen Warner's case, she needs help getting rid of funds she says don't belong to her.

Warner is trying to give $5,705 back to the Veterans Administration.

"I want to return the money which is owed to the vets, the eligible vets and their families cause that's the right thing to do," she said.

"And I want closure since my mother died," Warner added.

Since her mother's death in March, Warner says the VA has continued to deposit $1,141 a month into her joint bank account. Her late father, Albert, served in the U.S. Air Force in the Korean War. So her mother, Helene, received survivor's benefits in recent years.

However, the payments should've stopped when she died.

"I have tried to contact the VA to stop it, and I've gotten nowhere. I've called them numerous times. I've talked to two supervisors," she said.

She eventually received a letter from the VA in mid-August stating her mother's benefit payments ended in March. However, her bank statements for the past several months prove otherwise.

"They kept on sending the checks, April, May, etcetera, and I can't understand the bureaucracy," Warner explained.

For help returning the $5,700 and ending the deposits, she reached out to the FOX 17 Problem Solvers.

"A friend of mine mentioned you and that TV 17 is very good at problem solving," she said. "I really want closure,."

So far, Warner says payment for the month of September has not posted. We'll let you know how this one turns out.