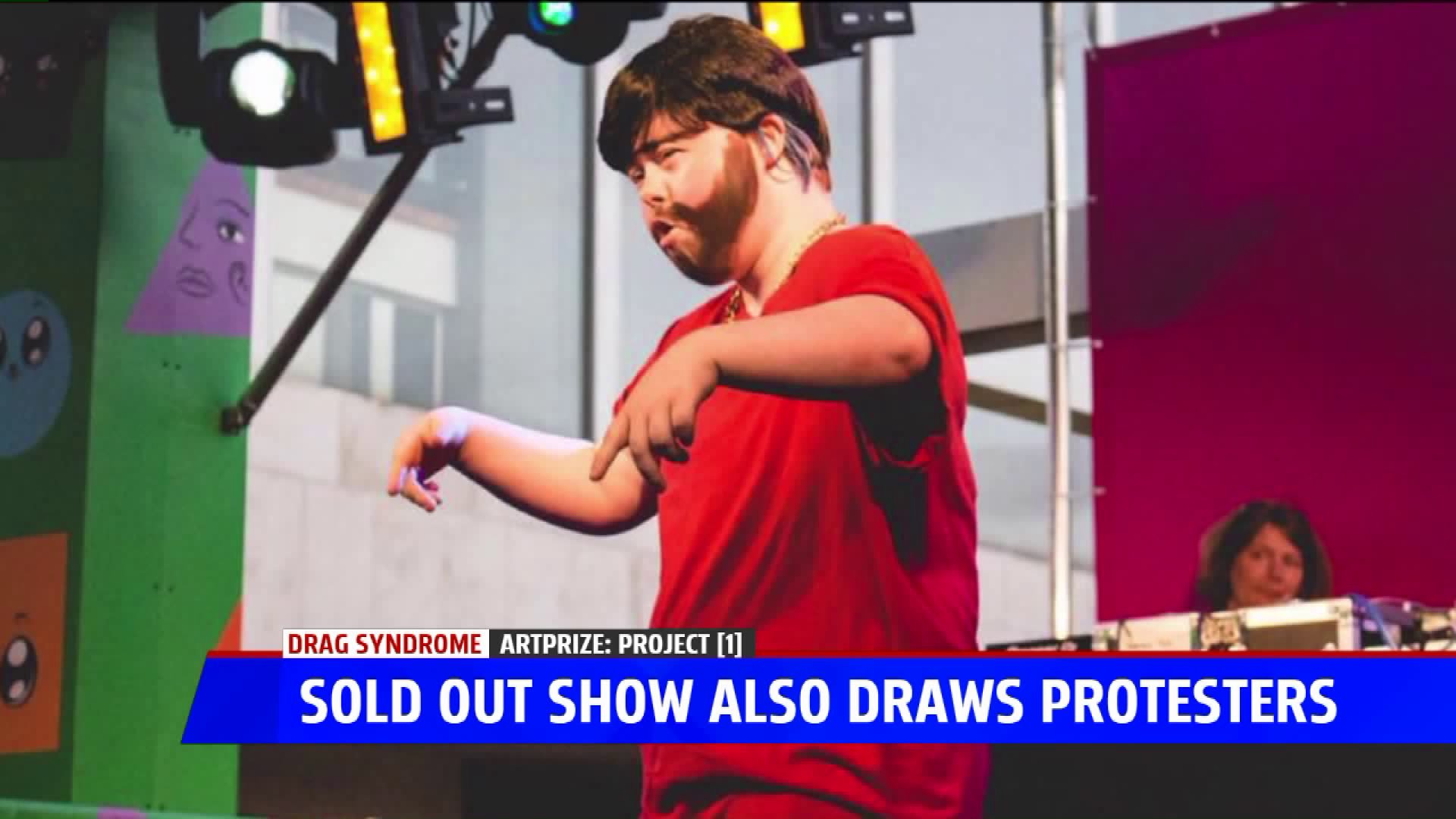 GRAND RAPIDS, Mich. -- Drag Syndrome, a drag show that features performers who have Down syndrome has been met with much controversy.

On Sunday, the second day of performances at the Wealthy Street Theater, they sold out the show.

“No matter where they come from, you should be able to express who you are,” local drag queen Scarlet Ostara said.

The troupe also had a line of protesters out front.

Protesters say those who are performing may not be fully informed of the decision they are making.

Performer Horrora Shebang said this in response; "They need to first off.... back off. This is my decision. Not your decision.”

The group was supposed to perform at Tanglefoot studios, until owner and congressional candidate Peter Meijer banned the group, releasing a statement to Fox 17 earlier in the week, saying:

"The notion that I am discriminating against the disabled is profoundly offensive- DisArt is exploiting individuals with Down syndrome to further an activist message, plain and simple. I have spoken with dozens of West Michiganders, from disability advocates to parents of children with Down syndrome, and they share my profound disappointment that these promoters are trying to gin up controversy at the expense of the vulnerable.

If this was a political decision, I would have gone public immediately. I didn’t. I handled this privately because I care about doing what’s right. But DisArt leaked my letter to ArtPrize so they could sell more tickets, and here we are."

The ACLU and DisArt are pursuing a civil rights investigation because of Meijer's refusal to let the Drag Syndrome show go on.