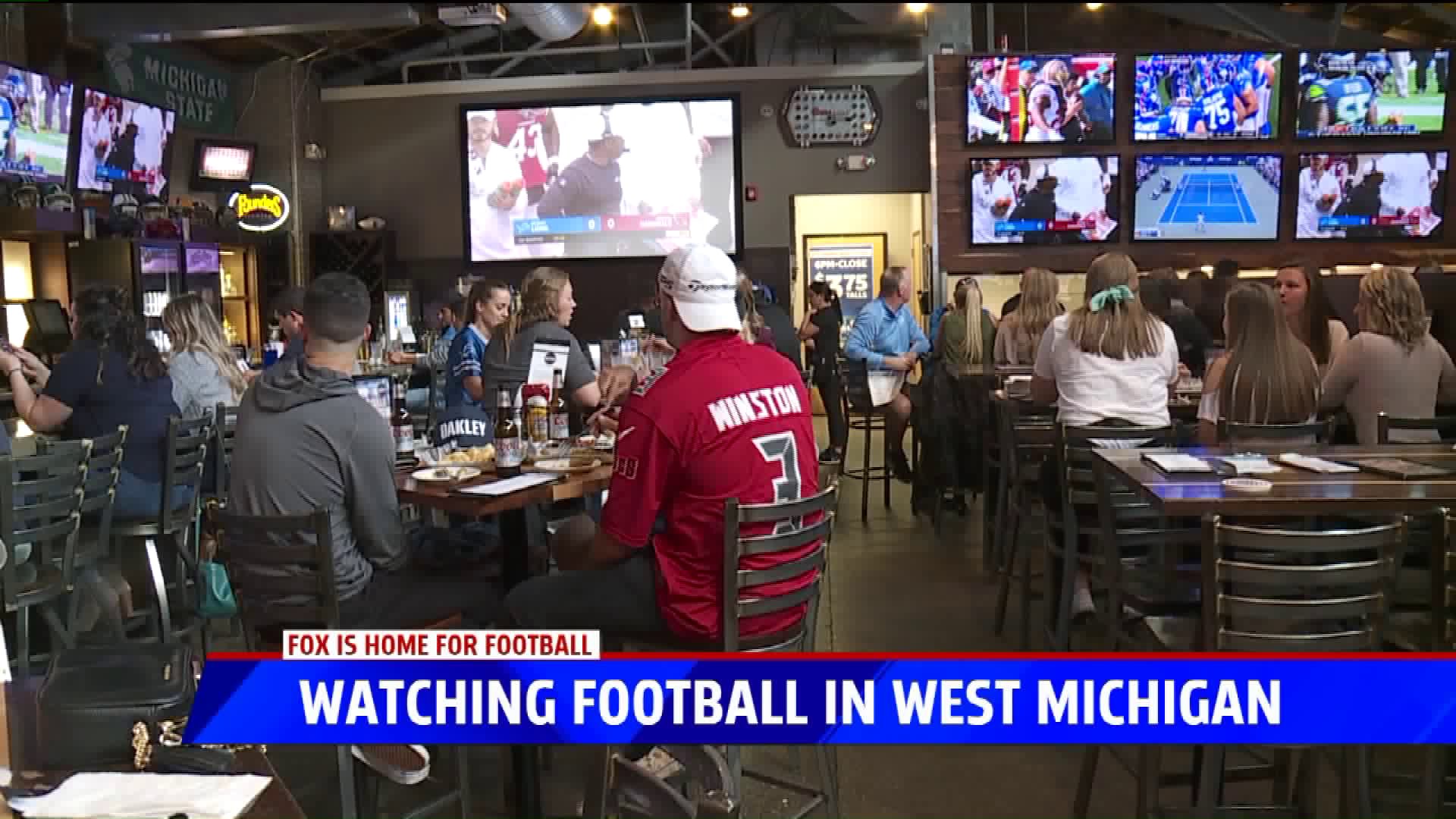 GRAND RAPIDS, Mich. -- Bars across West Michigan were packed with fans taking in Week 1 of the NFL season.

No matter who you root for, Week 1 marks the changing of the seasons and for many fans a fresh start with high hopes.

"It’s a day for hope, it’s a day to take your mind off the day-to-day challenges and just say 'hey this is what’s really going on' and I’m really looking forward to my team bringing a Super Bowl home," Howard, added.

Let’s be real,  most of the people around here were waiting for 4:25 p.m. when the Lions took on the Cardinals here on FOX 17.

"We got to do something. It’s been several disappointing seasons so this one I believe it. Start off with game one, it's a new day, it’s a new season," Lions fan Richard Notenbaum, said.

It’s that week one optimism that could be seen in anyone rocking the Honolulu Blue on Sunday.

"Always extremely optimistic, you know, always hoping for the best, wanting them to win the Super Bowl. Week 1, clean slate and again a time I very much look forward to," Sinclair, added.

It was an underwhelming start to the season for Lions fans, as Detroit tied Arizona 27-27 in overtime.