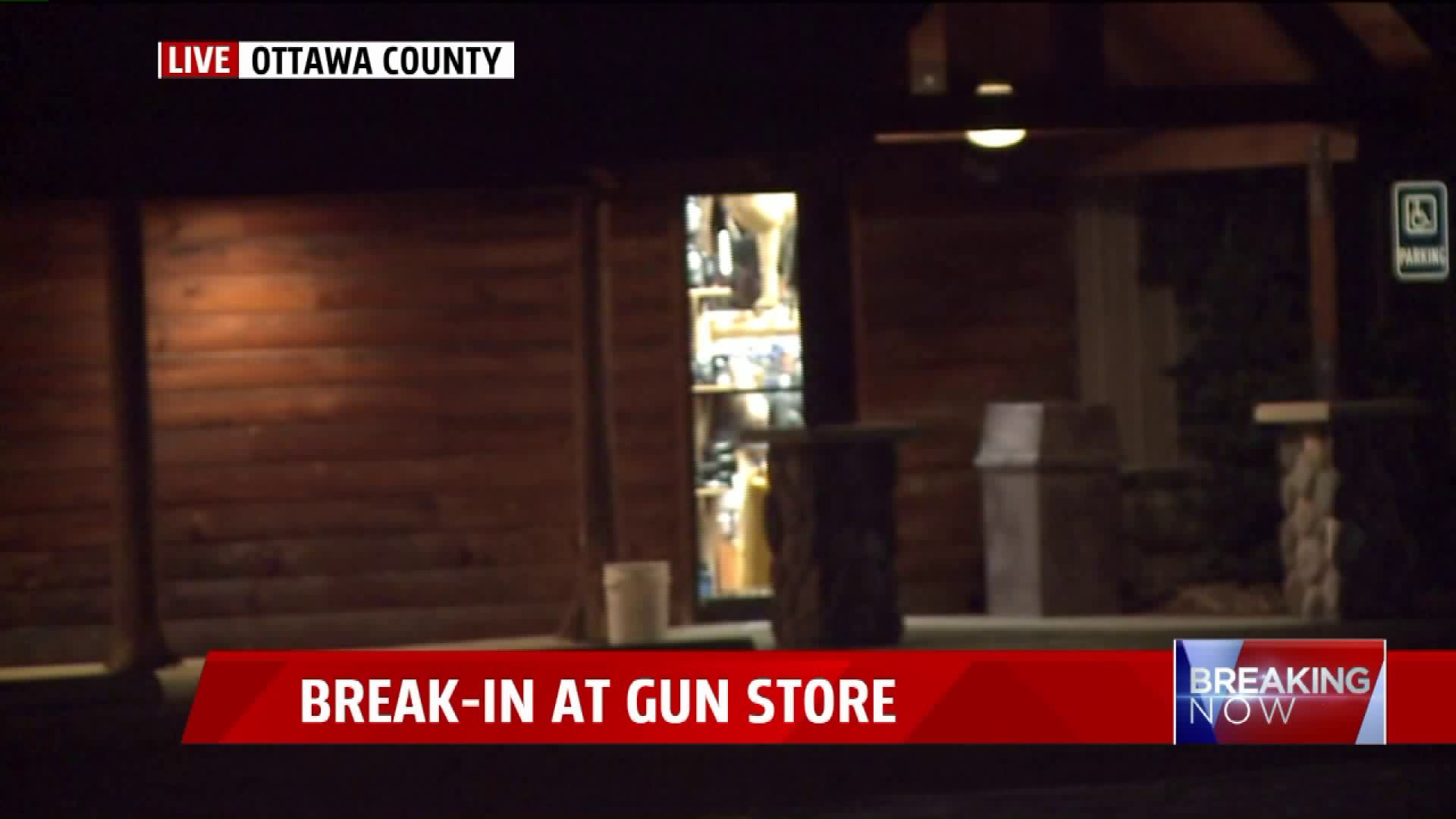 Deputies say they responded after an intrusion alarm went off and found evidence of a break-in when they arrived.

Their investigation shows two suspects forced entry into the building and removed an undisclosed number of firearms from the store.

The Ottawa County Sheriff's Office is working with surrounding agencies on this investigation.

This is the second time this year Long Range Archery and Firearms was broken into. Back in July, four suspects smashed their way into the business and stole several guns before taking off in a dark colored SUV.

This incident remains under investigation, and anyone with additional information is asked to contact Silent Observer at 1-877-88-SILENT or http://www.mosotips.com