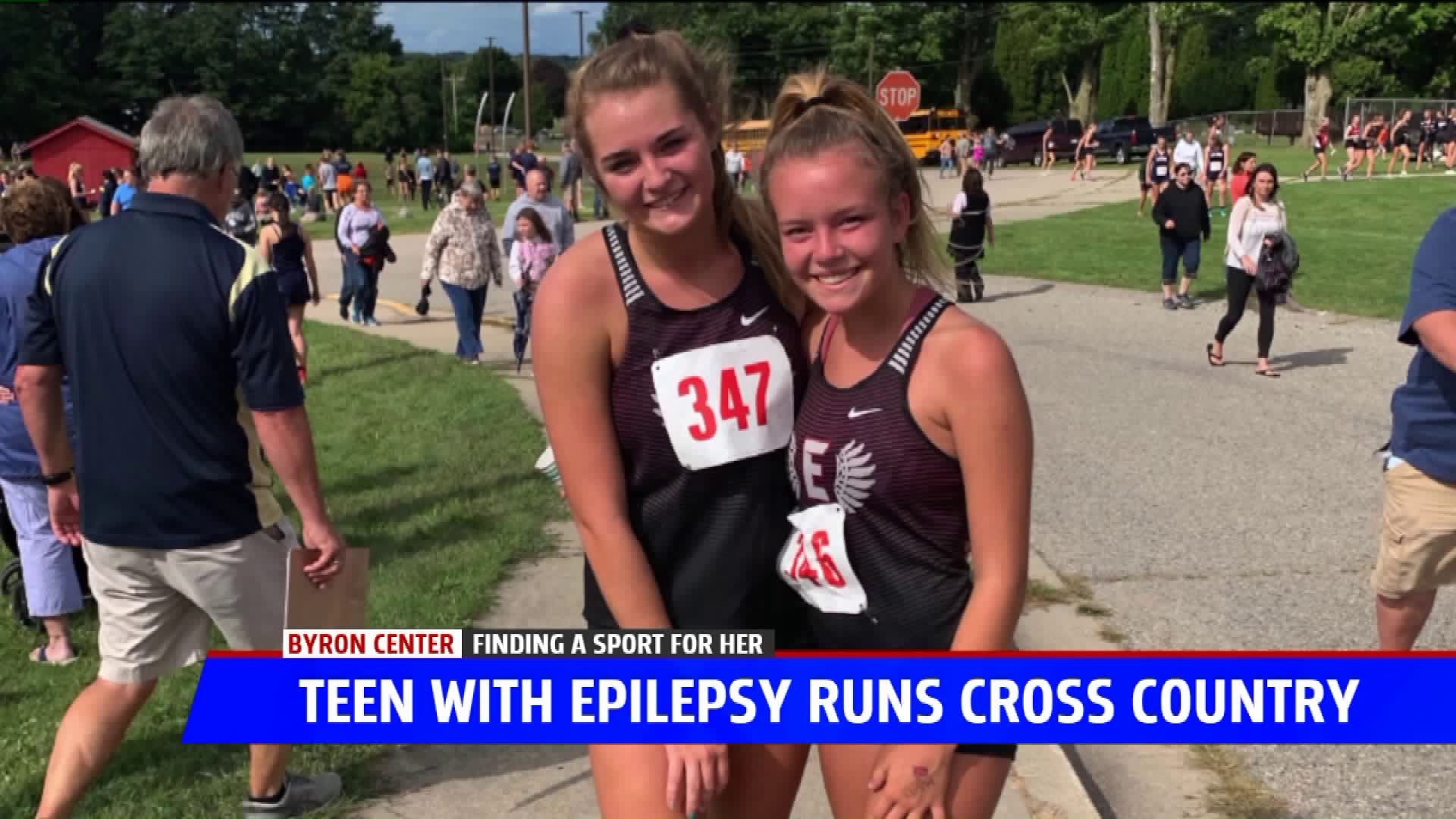 Molly Rasmussen was diagnosed with epilepsy in the second grade, now she’s in 10th grade and she’s not letting the seizures slow her down

"I was originally going to play volleyball but i got cut and then (my friend) was like, 'why don’t we all play cross country?'" Ramussen said.

Getting cut from the volleyball team was disappointing, but the 15-year-old decided to give another sport a try.

Rasmussen says she typically has two seizures a month and unfortunately one of those came  in her first ever cross country meet.

"I felt it coming before the race, but I just played it off like whatever. Then it happened," Rasmussen added.

It happened in the middle of the race and her teammate noticed something was wrong.

"She started like zoning out and I was like, 'Molly are you OK?' She grabbed my arm and squeezed it and she started shaking so we slowed down and started walking," teammate and friend Zella Stratbucker said.

Her friends stayed by her side till she regained composure.

"I asked her if she wanted to finish the race and she said yeah, so we started running," Stratbucker explained.

"It was really cool knowing that she would do that and it didn’t stop her just because she had a seizure. I’m really proud of her," Stratbucker added.

That never give up attitude is something Molly preaches and why’s been able to make big strides in a new sport.

"Just keep trying and keep going and if you get cut from something else, then do a different thing, don’t give up on you," Rasmussen said.